G2:
"Of course I still have it, otherwise I would not be here talking to you"

From G2 Esports, kennyS, NiKo, and AmaNEk gave us some time to talk about their adventure at IEM Winter so far, including what it is like to compete without nexa, kennyS' perspective on retunring to CSGO, and the large gap between games. 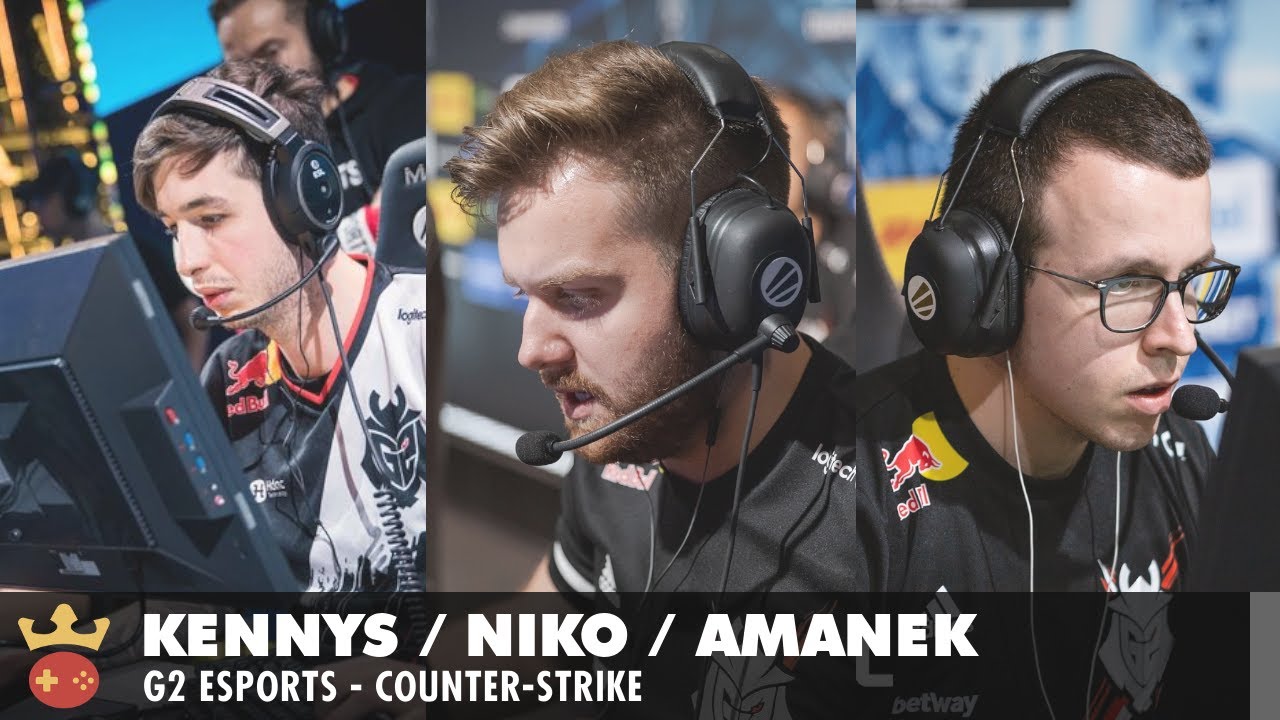 Video of Interview with kennnyS, NiKo, and AmaNEk from G2 at IEM Winter 2021

Grady: kennyS, it's been a while now. What's it been like coming back into this team?

kennyS: It is great. I've been away for nine months, I've done a lot of thinking and made a lot of decisions, but I'm truly happy. This is a golden opportunity for me. I'm genuinely really happy, especially with the guys that I've been working with over the last two years as well. They have always been like brothers to me, despite any issues that we might have had professionally in the past. I'm really happy, I joined a team that is at the best peak I've ever seen them in. So that's also easier for me to fit in and to be in the semifinal is great, but we still have potentially two games to go and we'll see at the end.

Grady: Do you still have it? Do you think you can still compete at this level of Counter-Strike?

kennyS: I hope I'm behind, because I haven't been practicing for nine months. If I'm in front of people, they should be worried for themselves. Of course I still have it, otherwise I would not be here talking to you, I would be watching from my house and somebody else would be playing instead of me. I'm confident in myself, I know I'm doing the right things.

I cannot say that my level is what I want it to be now, because I have only practiced for two weeks, and before that I was streaming multiple different games and I didn't have a professional perspective of playing Counter-Strike or any other games. After the Major I decided, yeah, that's what I want to do; I want to play CS. It doesn't matter where I go back to, I'll go back to tier-two, but then I had the offer of playing this tournament, which obviously was a big, big opportunity. I'm really happy, but I need to work for awhile longer in order to get my level back.

Josh: Obviously nexa is is not here, I was just wondering how that has impacted your game. Do you think you have suffered a bit with his absence, or are you still playing pretty well?

NiKo: We are obviously affected by not having him here. He's the IGL in the team, and that's probably the most important role in the team. So not having him here, we had to make a lot of adjustments and work even harder to achieve the result that we did here, because it was not easy at all. Some games were very close, we could have lost them, but we managed to win due to the experience and mentality that we had at this event. It was not easy.

We had to change many roles, AmaNEk had to go back to rifling, me calling some maps, huNter- calling some maps, AmaNEk as well, and kennyS didn't play for awhile, you know? It was a big change for the team and I'm really proud of everyone on the team, that we could achieve this result considering the circumstances.

kennyS: Obviously they made it to the final at the Major. They always have the same mindset, they are always hard working, but they are definitely in a confidence period. When NiKo joined the team back then it was obviously good, but he's even better now, so that makes it really good for the team. huNter- is the same guy, always helping his teammates, always working really hard, always consistent in game. AmaNEk and JaCkz are just here for the atmosphere

The players have a little bit more freedom, considering they have to deal with the fact that they don't have a coach anymore. They are dealing with things the way they want to, and I think they're comfortable in that as well. I know I came into that team with a great mindset, "just feed the team, just feed the team", and that's why they're doing so good, at the Major and afterwards, and even before that. The mindset in general is just more relaxed than it used to be as well.

Grady: Were you surprised to see G2 make it so far at the Major?

kennyS: No, not at all. I'm not surprised. I was expecting them to lose to NaVi for my pick'em

NiKo: Thank you for your support.

kennyS: I jinxed you guys.

Josh: It's been a full week between your last game and your game of the semi-finals. Do you like having a lot of time to prepare, or would you prefer to just get ready for the next game as quickly as possible?

AmaNEk: It's really difficult to have five days to prepare, because we don't have the lineup to prepare for matches. We would all like to come back home to the family etc., because two-week long events are too much for everybody. I would say it's not good.

NiKo: I think it's not the best to have so many days off at events, because the practice is not the same when you practice at home or at bootcamp. When you practice here at events, you're just in a different environment. It's very hard to keep focused during those five days. For example, we have been in this same hotel for the last three or four events, you just get here and you have to practice. It's very hard to stay mentally fresh.

For every player, you practice before the event and you prepare before the event - then when you come to the event, you just want to play the games and finish the tournament. For me, it's very hard to improve when practicing during the event. From my perspective, the event should be finished in 10 days and we should just play every day, maybe with one or two days off between groups and the playoffs, but we have a seven day gap between our games and that's not normal.

AmaNEk: Especially with the three days of quarantine for myself from the start, it's not a pleasant two weeks.