Renegades:
"I feel like [AU CS scene] will bounce back next year"

Ahead of their campaign at IEM Fall 2021 Oceania we got to talk to the boys from Renegades competing against three of the other best teams in the region. We chat about their upcoming matches, their big focus for the tournament, and touch on the future of the Australian Counter-Strike scene. 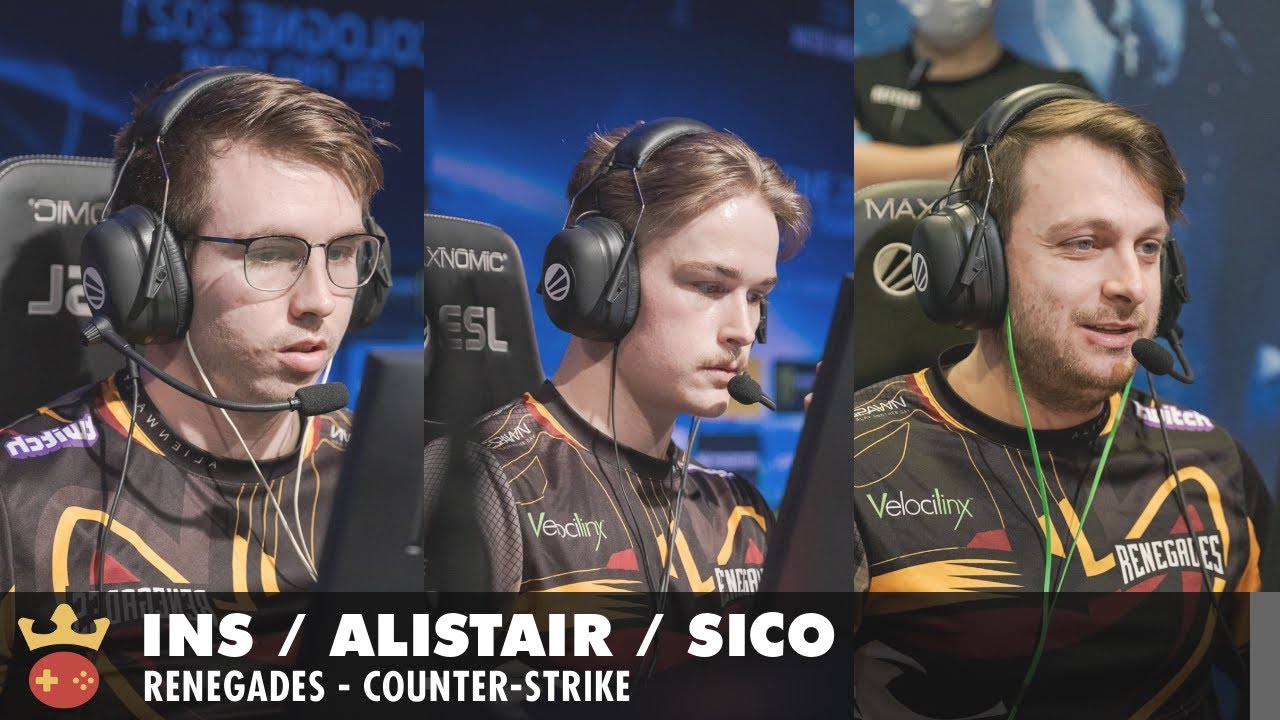 Video of Interview with INS, aliStair, and Sico from Renegades at IEM Fall 2021

Grady: Congratulations on the win today - How does that mindset change now after coming off a big win like that to now focus on to the next tournament and specifically a major qualifying RMR tournament?

aliStair: I don't think it changes our mindset too much. If anything it just motivates us a little bit more and it was good to get the official jitters out of the way and prepare us properly for the RMR. It shows us what we need to fix for the real biggest tournament of this year.

Grady: The only competition for you guys and that one major spot is ORDER, who are 180 points behind you at the moment. Is the focus on this tournament to win come out the victors or is the focus to secure that major spot?

Grady: You guys are the highest ranked Australian team by a long way. What is it like trying to practice in what could be described as a closed-off or locked-down region?

INS: It's pretty tough considering we don't really want to practice against ORDER and ex-Dire Wolves, so we have to sort of stick with the lower tier teams. It is pretty hard sometimes - you get into a rhythm of just not fully being focused. I think it's kind of lame that the RMR is in two days and we were playing in the old patch for DreamHack, so we're only getting two days to pracc with the new updates and stuff.

Grady: With all the organizations leaving CSGO, is that at worry for the future of Australian CS?

Sico: It's hard to say, because the scene has been up and down since 2004 with orgs coming and going. I feel like it will bounce back next year when the restrictions get eased a bit and there's more opportunities, because before COVID there was actually opportunities for ORDER to go to the Asian minor with us, for example. At the moment it seems like it's primarily us. I don't think it's going to die or anything, it's been like this for a long time and I feel like it will come back.

Grady: With one team basically being the single representative for the region, does that put a bit of extra pressure on you guys when you do qualify for these other tournaments?

aliStair: I don't necessarily think so. When we go to these events we have earned that spot, I definitely don't feel when we get there that it's like the whole country is behind us and expecting us to put up these crazy results. At the end of the day, majority of the time against these teams, we are the underdog still - that's always a good factor to have in our corner. I don't think the pressure really gets to us like that.

Grady: Not including your forfeit last month, you are undefeated in 11 maps against VERTEX. Coming into this first round matchup, do you guys see just an easy win?

aliStair: We're going to be going to every game treating them as important as any opposition, especially in an event with this fewer teams. Coming in to this, this is going to be the best VERTEX have shown in an event, because they've slowly been ramping it up. With bombing out of their last event, they definitely picked it up. Full focus towards every game.