Complexity:
"I think our group was definitely a mess"

They came really far with a stand-in and we talk about that and more with the boys blameF, es3tag, and NaToSaphiX from Complexity. Expectations with a stand-in, going up against ZywOo and Vitality, as well as their group's weird results. 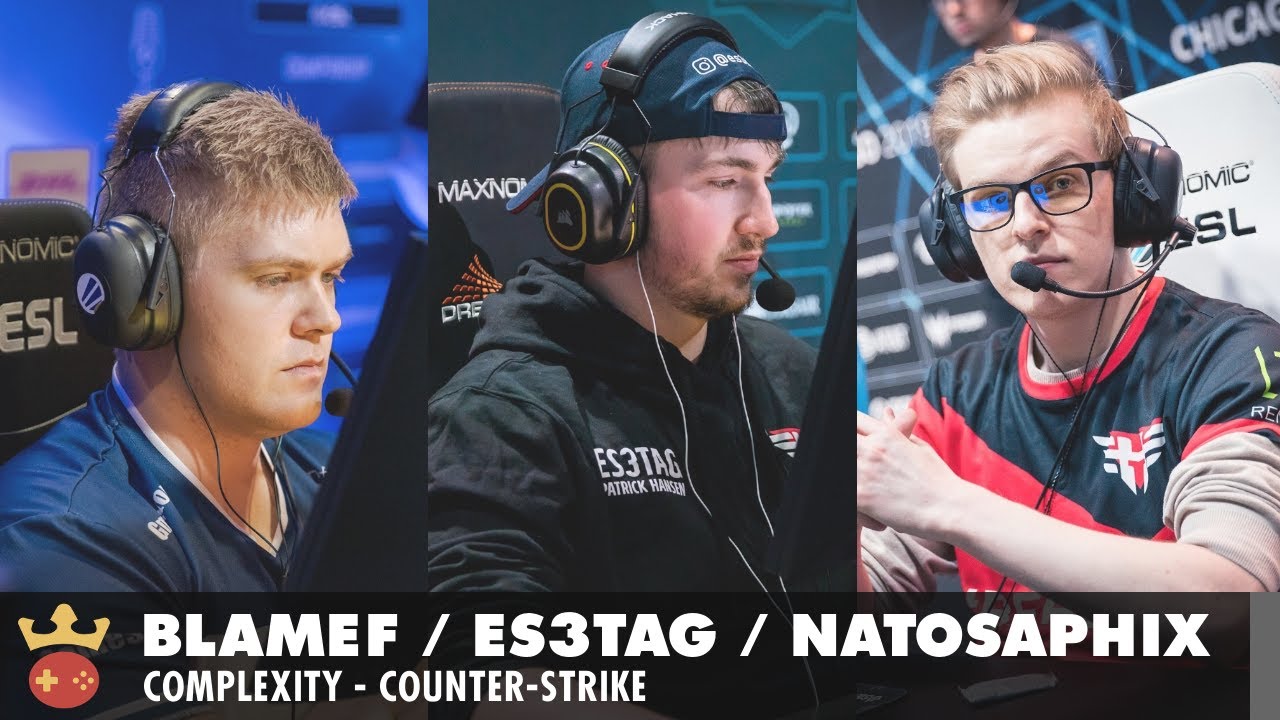 Video of Interview with blameF, es3tag, and NaToSaphiX from Complexity at ESL Pro League Season 14

Josh: blameF, the roster has gone through a lot of moves over the past couple months. I was just wondering what your expectations were going into EPL, and if you're happy with how the team has performed so far?

blameF: My expectations going into playoffs is pretty much zero, honestly, just because I think that the teams we would be meeting have a little bit of an edge on us in terms of practice. I think we just take it one match at a time and every match that we win, we're probably going to be very happy for. Am I happy with what we've done so far with this lineup? If you're talking about this line up with a stand-in, I think it's pretty good that we qualified for playoffs, not a lot of people expected that. So with that, I am happy.

Josh: I was just wondering what your reactions were to how your group played out? Especially with OG going 5-0 and G2 going 0-5.

NaToSaphiX: My personal opinion on it was that, I thought actually OG was super hot coming into it. I've practiced a little bit before the break against them and I thought that they were looking really solid. It was a huge surprise to me that G2 didn't even manage to win a single game. I had predicted that OG would have a great tournament after I saw the first match and who they played, because I thought they played some really good Counter-Strike. I think our group was definitely a mess, but the OG 5-0 made sense, G2 one - not so much, not to me, at least.

Grady: First up you have Vitality, bit of a tough draw. What are your hopes coming into that match?

es3tag: It's always hard to play against Vitality. I feel their an opponent that can always either - the four of the guys shine or ZywOo is just running the show. To be honest, like it's always hard to play against them, especially if ZywOo is on fire. They're a team that works extremely hard and you can always see that they have a laid out game plan when you play them. It's going to be a tough match for sure., it's an unlucky draws for us, but I'm sure we can take it if we have a good day or if we have some individuals shining through. Hopefully ZywOo doesn't shoot 40, right.