NiP:
"I only care about us and if we qualify or not"

They have secured their spot at the Stockholm Major and get a chance to raise the trophy in their home country, we talk to device, LNZ, and REZ from Ninjas in Pyjamas about the upcoming Major and the playoffs teams here at IEM Fall. 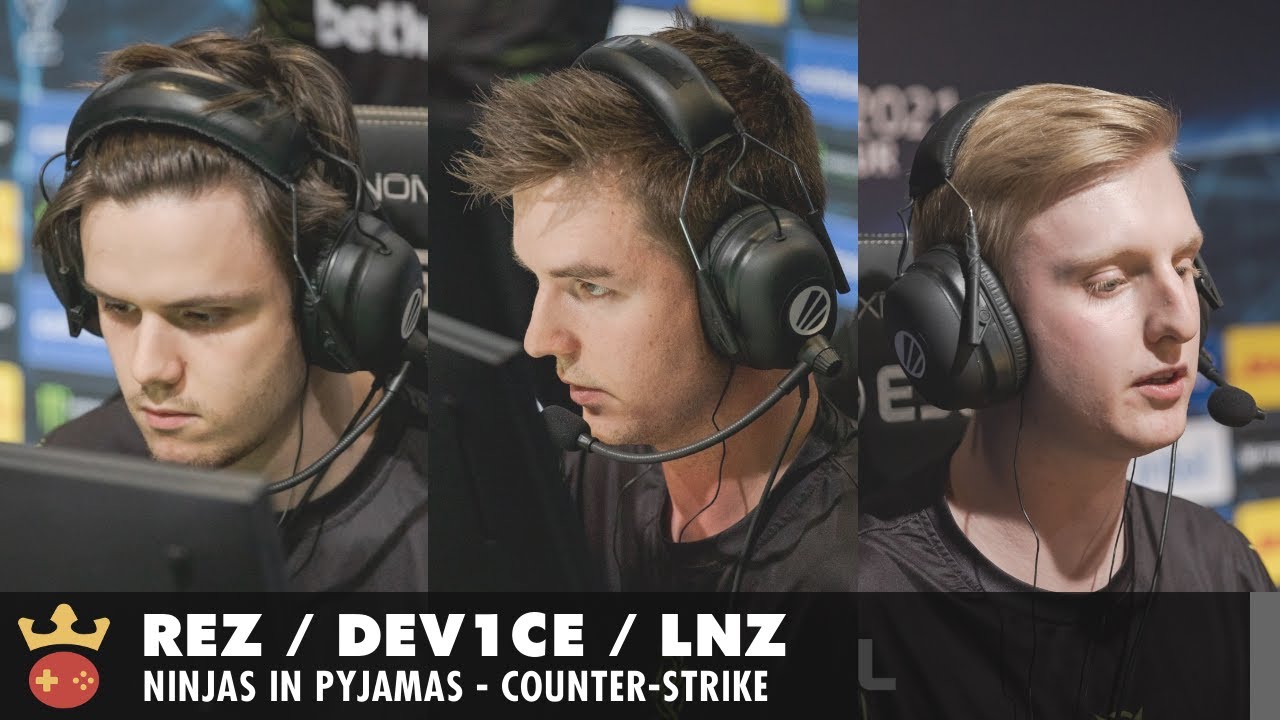 Video of Interview with device, LNZ, and REZ from Ninjas in Pyjamas at IEM Fall 2021

Grady: With a lot of the other Swedish teams not performing they might not even make to the Major. What does it feel to be potentially the only Swedish representatives in a Swedish major?

REZ: Personally it means a lot. I don't really care if we are the only Swedish team or not, I only care about us and if we qualify or not, so yeah, I'm really happy.

Grady: And then how's it gonna feel playing in that home country?

REZ: It means a lot and it means even more when it's in your hometown. I'm super stoked that we managed to qualify. It also means a lot because Sweden is still working on working on accepting CSGO as a sport. There's still discussions about that. So I think it's really good that we bring it home here in Stockholm and Sweden to bring it more attention. It's good for the Swedish folks and maybe a television network someday, I think it's really good for everyone.

Grady: Coming into the Major, there's three of your players debuting in front of a massive crowd in their major debut. So I guess what's that feel like or are you guys expecting with the live crowd?

LNZ: I think all players are looking forward to it and it's going to be sick for the three of us - Plopski, hampus, and I, who has never played a major before. I think the audience won't affect us too much since we are really eager to play, especially now that we qualified for the major,

Grady: Question for device - Astralis also got 5-0, just wondering what your thoughts are on their performance and the possibility of running them into them in the playoff bracket.

device: We've managed to dodge each other for almost all tournaments now. I would love to play them. I still speak with them pretty much on a daily basis, especially at tournaments. I think they did well, they probably overperformed a little bit with their expectations. It's gonna be fun to see what they're gonna do with the lineup going into the major since gla1ve is probably gonna be back, there's some dynamic to that. If we face them here at this tournament, it's gonna be in the final and then it's a win-win for both teams. I would say.

Grady: Thanks to the best-of-one format in the groups, we've seen a few surprise teams make through to the play offs. What are your thoughts on those teams and do you expect them to do that well in the playoffs when it starts becoming best-of-threes?

device: I think Bubzkji mentioned it, it's a little bit of a gimmick format having it right before major is a little bit stupid in my opinion. Especially since there was more time in the day, we had to wait for the other tournaments to finish. I think the teams that have thrived here are the teams that have just been really good at shooting, honestly. Playing a best-of-one is all about just being on the server from the very first second, whereas you can kind of build your momentum in a best-of-three, you play on your own strengths and you have a bit more of a deeper preparation for games as well.

I would say the biggest surprise is Copenhagen Flames. Sinners I expected them to do really well. Movistar Riders was up to the randomness of the format in my opinion, I think they're good team, we're facing them in the quarterfinals and we won't underestimate them, but there are teams that would have succeeded better in my opinion in best-of-threes. I think it's a little bit sad, we've talked about it and it's on Twitter as well. It's the one tournament leading up to the major that decides like who's gonna be there and we are playing it on bad terms, in my opinion.