CPH Flames:
"I think that the tier-two scene is getting stronger every single day"

Possibility the biggest surprise of IEM Fall, Copenhagen Flames, took some time to talk to us ahead of their playoffs run about how the tier-two scene differs from tier-one, their meteoric rise in this tournament, and the positive effect pita has had on the team. 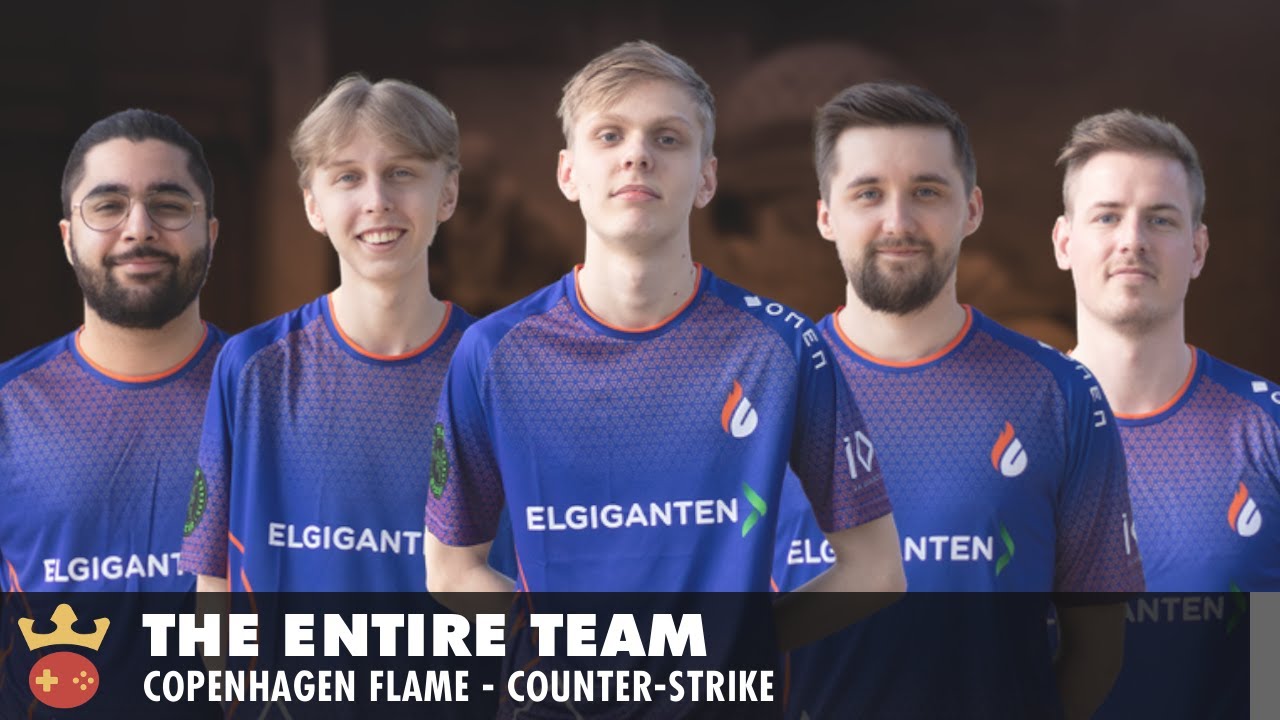 Video of Interview with Copenhagen Flames at IEM Fall 2021

Grady: You guys are relatively new team. People might not have heard of Copenhagen Flames before, but you've been grinding it out in tier-two and you've come to this LAN and had quite a bit of success. What do you think is the driving factor for how well you've done so far at this tournament?

reoJ: I'm actually not sure. We have only played together for four months, I don't think any of us expected to compete at this level so fast. We fit really good ingame wise and out of the game and we have really good work ethic. Everyone has the same goals, we all want to become really good and we work hard for it. In general, the way we work when it comes to practice and when we talk about rounds, when we talk about how we want to play and all those kind of things - we have the same way we want to play. I just think it's a combination of all those things that makes way for us playing this way right now.

Daniel Vorborg: I think from my perspective, we've been through a lot of iterations of rosters, Copenhagen Flames have sold a lot of players, and rebuilt a couple of times. With this particular lineup, I had already worked with roeJ and HooXi for a long period of time before they came back, so I knew how they want to work. I also worked with Jabbi and nicoodoz for quite a while before we created this, Zyphon was the only guy I didn't work with. It was easy to quickly get on the same page, whereas that might, for other rosters we've built, take like three months before we agree on how things should work and how we should work together and how we want to achieve our goals. That was very, very easy and natural with this roster because we already had some of the same ideas of how to get things done.

Grady: Talking about how you even got to this tournament, you guys had to fight through the Open Qualifiers and then through the Closed Qualifier. Can you just talk about the feelings as you were going through that cycle?

Zyphon: For the Open Qualifier, we expected to get through to the Closed and considering the teams that were in the Closed Qualifier, we expected to go through to the main event because you only needed to win one match and you had the chance to like lose one. We were pretty confident that we could qualify. So the feelings weren't that high after we qualified, but they were of course high, because we just qualified to a major event.

Grady: pita has been with the roster for just over a month. What's the biggest change or the biggest addition that he's had for the team?

nicoodoz: For me personally, pita has helped me a lot with a lot of small and simple stuff that I've been missing up and even small aspects of the game that I've never really thought about. He's been helping me a lot to put myself in a better situations and just playing better overall, which also has helped me with my personal consistency.

Daniel Vorborg: There's a lot of our players that aren't that experienced on LAN and I think leading up to this event, pita has talked a lot about different things that we can do to get into good routines and make things a bit easier for ourselves and make people a bit more comfortable just in the day to day. Since he's of course been at many LANs, so he's made many mistakes in terms of how you adapt to schedules at tournaments, a lot of the things that he's brought to the table has helped us a lot there as well.

Daniel Vorborg: When we look at opponents in our prep. I think the biggest difference is that the tier-one teams have more different looks. If you watch a round, it's harder to identify their philosophy, around their CT-side or T-side. Where if you face tier-two or tier-three teams and we watch 2 T-sides, then I think it's easier to quickly identify the way they think about this map. That can be harder against a lot of the tier-one teams.

Grady: You have a major spot on the horizon and you got a match against Vitality coming up. What's the sort of preparation heading into that and is there a massive pressure with that major spot?

HooXi: I would say that the preparation is pretty much as usual. We are trying to focus a lot on the fact that it's just another CS match. Obviously there's a lot on the line, but maybe we will already will be qualified for the major before we play. We are striving for that to not make a difference, we should just think of it as a normal match. It's against the best team in Europe, third best in the world, whatever, but everyone wants to show the world that it's not only in best-of-one that we can make damage and that we can do it against even stronger opponents like Vitality.