Today we have a very special interview for you, because not only do we get to talk to apEX from Team Vitality about ESL Pro League and how they feel about their upcoming games, but we also get to talk to shox about his love for fishing and the little kisses he gives the carp. 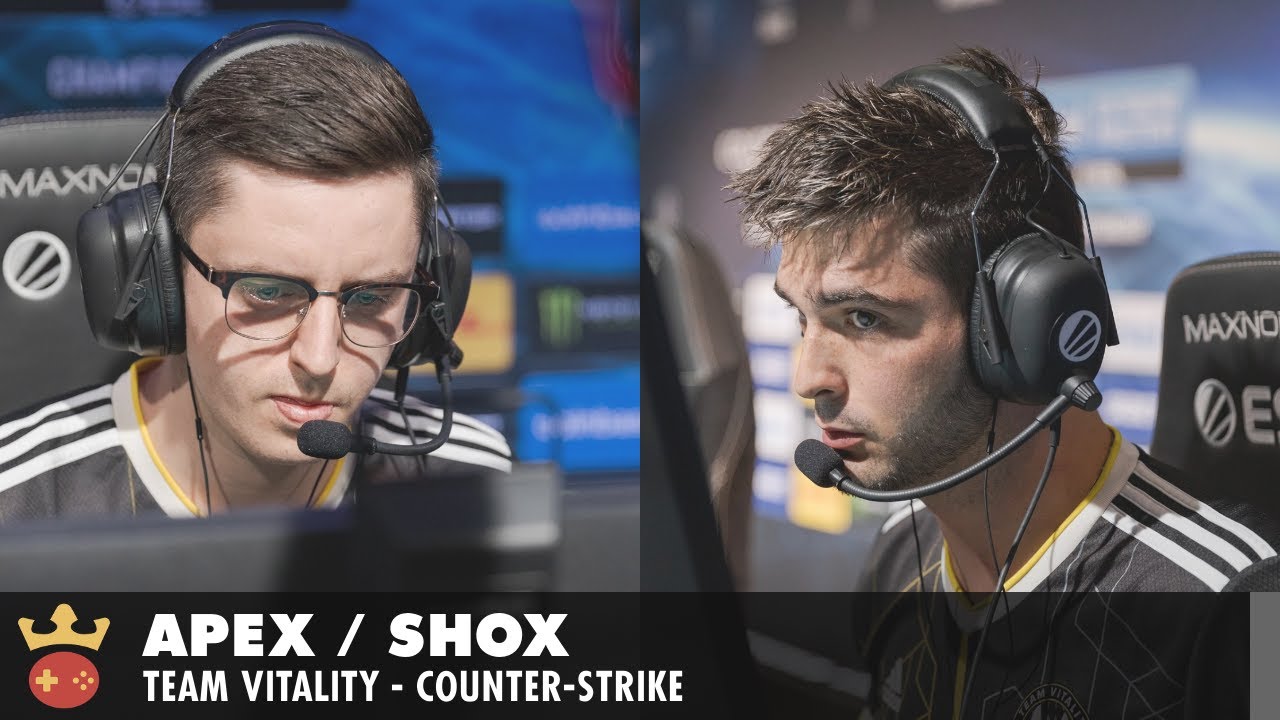 Grady: Has there been any team that surprised you that they made it this far to the Round of 12?

apEX: Yesterday FURIA almost qualified, they had four match-points and they didn't, unfortunately for them they were with their coach so that would've been a surprise. For the rest, groups has been a tough one. Fnatic went through and I don't think we expected them to go through that way and forZe as well - but for the rest of the teams it's just a normal thing.

Grady: You came off some rough performances before the player break and then you guys got player break itself. How do you feel coming into Pro League now?

apEX: 2021 has been a tough year for us. The first six months have been garbage, we've been playing bad CS and we didn't have the results we expected. During the player break, the coach thought about the six months together and just put higher goals for the end of the season. We started well on this one, but a playoff appearance is not enough for us, we want to go further, to do at least a Semifinal. It's really important for the team's confidence for the rest of the tournaments in 2021 and mainly the major. It's a turning point for the team, for sure, we just want to show what we're capable of right now.

Grady: You guys have Complexity in your next match, and then you've got Gambit after that. Do you guys think that you can make it to semis or even to Grand Finals after that?

apEX: I don't really care who we are facing, to be honest, it can be anyone. I'm confident because I know how we work together and how many hours we put together to come back at a strong level. I don't really care what team we're facing, it can be anyone, it doesn't change much for us. The strongest right now are probably NaVi and we are not facing them yet. Even though Gambit have been bring insanely for the first month of the year, I'm not scared about them, I'm not scared about anyone else. Let's see how it goes for the team and see how the team performs -that's it, the opponent [blows raspberry] I don't care.

Grady: shox - when it comes to clutch situations, you've just got this innate ability. Is that something that you've practiced or some sort of mindset or mentality that's helped you get that ability?

shox: I don't watch demos especially for the clutches or whatever. Since I started CS, 20 years ago, I always loved when I'm being alone, all my teammates are dead, and this is just me against the world. I always loved this situation, and because I love it this is something I'm pretty good at. I will also point to the fact that my second passion is fishing and in the clutch situation you gotta be patient and fishing helps for the patience.

Grady: Can you just elaborate on that fishing part there?

shox: My passion comes from my family part. My father is a fisher, my grandpa was a fisher, and his father was a fisher. So it's all about taking the fish under every generation. We have got a family house in the South of France where we always try to go one or two times per year, just to meet all the family and fish together. I'm more focused on the lake fish, not on the sea fish. I love the carp, my record at the moment is between 16 and 17 kilos which is pretty good. You got like a fish like this [hand gestures] and I love to take him just in front of me like this [more hand gestures], sometime make little kiss. What is really important is we are doing no kill, because we respect the environment. We are just fishing it and taking care of it by doing our maximums that he's not outside of the water too long, because we don't want him to suffer too much, then we get it back to the lake.