Heroic:
"I don't think I've ever experienced such camaraderie in any team before"

Amidst noise from outside the game the players from Heroic take some time to talk to us about their preparations for ESL Pro League, which teams have surprised them so far in the tournament, and what it feels like to knock Astralis out of EPL. 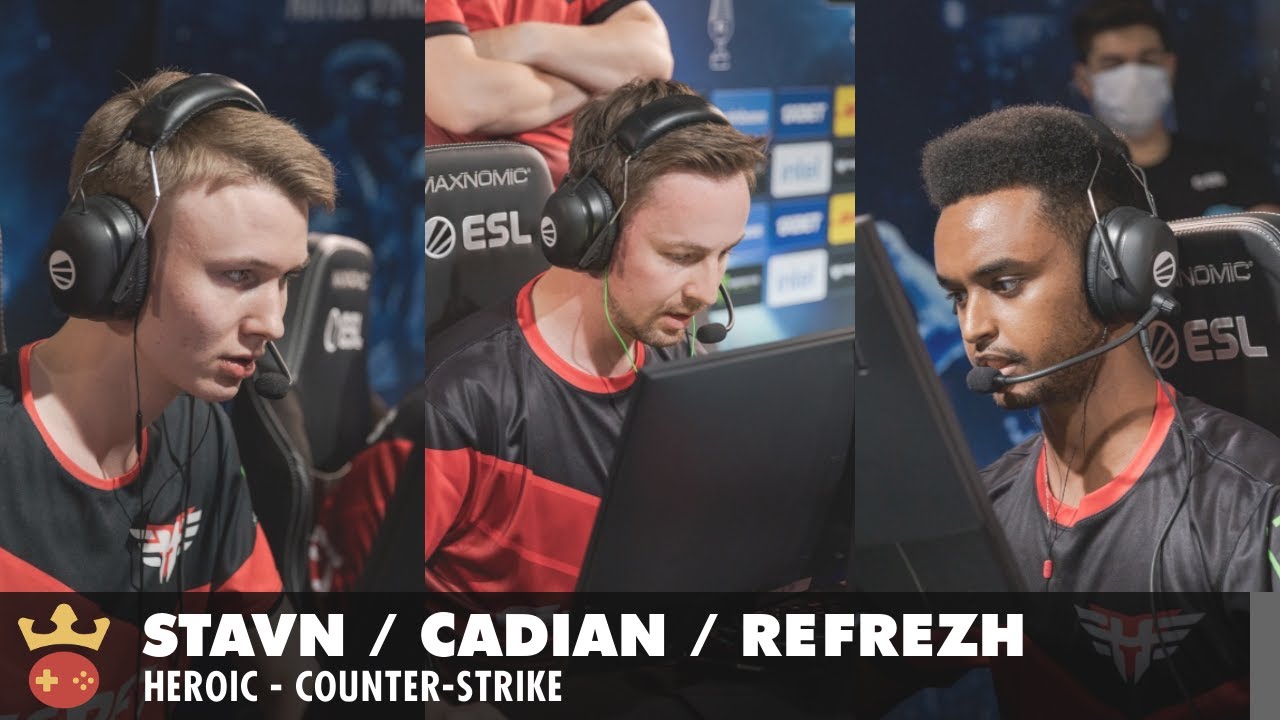 Grady: You guys came out pretty much undefeated from the Group Stage. Has there been something that was that a reason or something that you can point to as why you guys did so well?

cadiaN: What many teams say is "Oh it's a refreshed Heroic, they had had a break, they got back with new energy and so on" and in a way that's definitely true. I also just think that the way we handled the days prior to the tournament was close to perfect. We made sure that the surroundings around the team was set - we have a new location currently, which is way better than the old one. We fixed a lot of things around the team. We fixed a lot of things in game. We made sure that the way we wanted to prepare for the Group Stage was focusing a lot on getting people individually in shape again. We have a very hard hitting team so we can shoot out a lot of the other teams and we don't always need to have perfect strategies, but we are working on synergy and stuff like this.

We also didn't just go from zero hours to a hundred per two weeks. A lot of the players had their own motivation to play throughout the vacation as well and we started with half practice days. Some days we had four or five hours and then we slowly just turned it up a bit. The mood in the team has just been unreal to be honest, I don't think I've ever experienced such camaraderie in any team before, that's just a thing that is gonna make us be able to reach whatever goal we want to. I see other teams with internal discussions about the players and so on, and like many of you say there's outside noise, but I can assure you that inside the team, I've never been on a team with less problems than this one.

Grady: You guys are one of the only top 10 teams that I made it to the playoffs. Was there any teams that surprised you that they made it this far?

stavn: stavn: I wouldn't say if there's any team that surprised me a lot. I would say the team that has surprised me the most would probably Team Liquid. I think they have played really good CS and for the most part of the whole COVID situation and online play, they haven't showed us what they showed in 2019. Right now it looks like they're getting back to the great form and when you hear the EliGE videos and stuff like that with the comms on that, their mood is really good and their comms is pretty good. Stewie is taking a lot of space for the team entering the sites and so on. And I just think they've found a, a good fit right now.

refrezh: I would actually say Fnatic. I think many people counted them out a bit because the old roster wasn't that great at the end and then the two new guys, ALEX and mezii, they have been doing good. We watched their matches and learned some stuff from them. Fnatic is a team to watch out for.

cadiaN: If you look at the playoffs, I think at least forZe, ENCE and Complexity with a stand-in is not teams that were expected to go through with how stacked Pro League was. I think forZe is a team where you can watch the demos and on some maps I feel like they're super structured and there's a lot of things you can steal, but on other maps I don't really know how to understand their philosophy. I think they're super interesting and they have been on an insane streak on Mirage for example and other maps. They're doing very well. Jerry has always been a good ingame-leader, he's that kind of mixture I like with some craziness and some structure. It's also fun to see Complexity with the Danish back, maybe that will continue on for the future.

Grady: Looking back at IEM Cologne, Astralis knocked you guys down in a 2-0. Then we look at Pro League and how does it feel to sort of stomp on their hands while they were holding onto the cliff and drop them out of the Group Stage?

cadiaN: I knew as soon as we drew them in the group for Pro League that we were gonna win 2-0. I was kinda sad because I just knew that the topic would be that we played them three times online before that and beat them, then we meet them on LAN and we lose, then we play online again and win. I just knew, I was not wanting to lose, but I just knew that it would look kinda silly. That was also a different Astralis, they changed in lucky instead of Xyp9x and in my opinion we could have played better in the game on LAN, but I also think Astralis played extremely well. Not many teams expected them to reach the Semifinal. You saw some of that vintage Astralis that everyone has been talking about and we couldn't handle their level at that game. So kudos to them for playing really well there, but it felt good to beat them again.

stavn: People are talking a lot about the format here at Pro League with, for example, Gambit yesterday having no incentive to win the game because they were already first in the group. It was the same for us when we faced Astralis, but we had some internal incentives to win the game, could rivalry beating Astralis. We definitely wanted to win that game and it definitely felt good, even if it was online.