ENCE:
"I would prefer to play NaVi out of all the teams, because I just want to beat simple"

For the first interview of ESL Pro League Season 14 both Grady and Josh sit down with the guys from ENCE to discuss the big differences between Tier-1 and Tier-2 Counter-Strike and the challenges to bust up into the top tier. 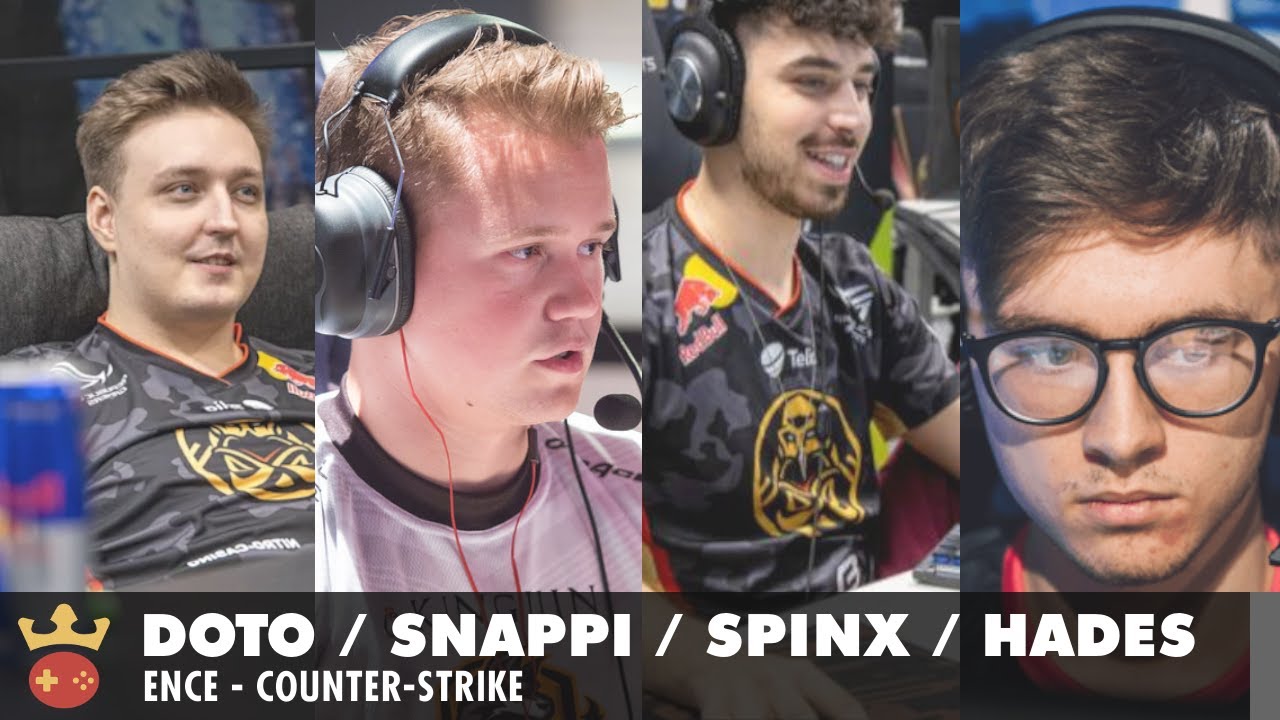 Video of Interview with doto, Snappi, Spinx, and hades from ENCE at ESL Pro League Season 14

Grady: You guys have been playing quite a lot of tier-one and tier-two tournaments, just wondering how you guys found the difference in jumping between those tiers?

Snappi: To be honest I think we've been doing pretty good in tier-two. I saw an HLTV article which I think was pretty bad, where it says that we were struggling. We won two out of seven and we went to playoffs and finals and everything else - to me that's actually a pretty good overall result. Nobody is safe in tier-two, if you throw them down there and you'll see today already Spirit lost a map, you cannot win down there consistently. Even when Gambit was there, they made the climb, they made it to number one in the world and they were losing down there.

Tier-one is such an invite circle, if you see a tournament like BLAST, they do a qualifier for a qualifier for a qualifier to the partner teams' qualifier relegation stage. I'm really happy with our progress in tier-two, we had two chances against the tier-one teams and we beat both of them. I really don't think there's a big gap between tier-one and tier-two these days, especially now that it is online. We focused a lot on the results, obviously this Malta Vibes one wasn't that important, because we had the Pro League running alongside it, so that was more just to keep the officials and play a bit.

Grady: So you talk about this, this tier-one scene being primarily invites. Is there something that you think could change about the structure to allow those tier-two teams to break through into tier-one?

Snappi: I was the one who mentioned invites and it was pretty much a jab at BLAST to a big degree. I do think that ESL Pro League is actually doing a pretty good job. They do invites and seeds teams at the same level from the start of the competition. Whereas BLAST do a partner team's tournament where they then put them into a relegation stage where they do what they call "the most open circuit" which it is definitely not. Pretty much they really, really, really try hard to get their partner teams - luckily Gambit fucked it up for them last time, but I think it is not a good way for things to go and I really think it destroys a lot of the scene, which is why I'm so annoyed about it.

Josh: My question is for hades. You started this EPL season, your first ever season, with a 1.23 rating on HLTV, I was just wondering if you feel any pressure going into the playoffs to perform as well as you did in the Group Stage or if you just feel confident going in with some momentum?

hades: No, I just feel confident. I know we have what it takes to win and if everyone steps up, we can go far in the playoffs. I try not to put any pressure, but we don't have to really,

Josh: If you guys beat forZe, you play NaVi, plain and simple - are you ready to take on the best team in the world?

doto: Yeah, I would prefer to play NaVi out of all the teams, because I just want to beat simple. So it works for me.

Grady: Just a bit of a lighthearted one to wrap up on. We saw a dog running around for a little bit there [laugh] is that a team mascot or maybe like an emotional support dog?

Spinx: [laughs] No, it's uh, one of the organization people who work here bought his dog and it somehow got into the bootcamp room and started to eat stuff here.

Grady: Not a secret 6th player?