IEM Cologne Play-Off Teams:
What do you think of Ancient?

All the teams had a chance to play Ancient in an official match at this point of the tournament so it felt fitting to see what the overall opinion was from the playoff teams to the new map. What did they like? What did they hate? and what would they like to change about it? 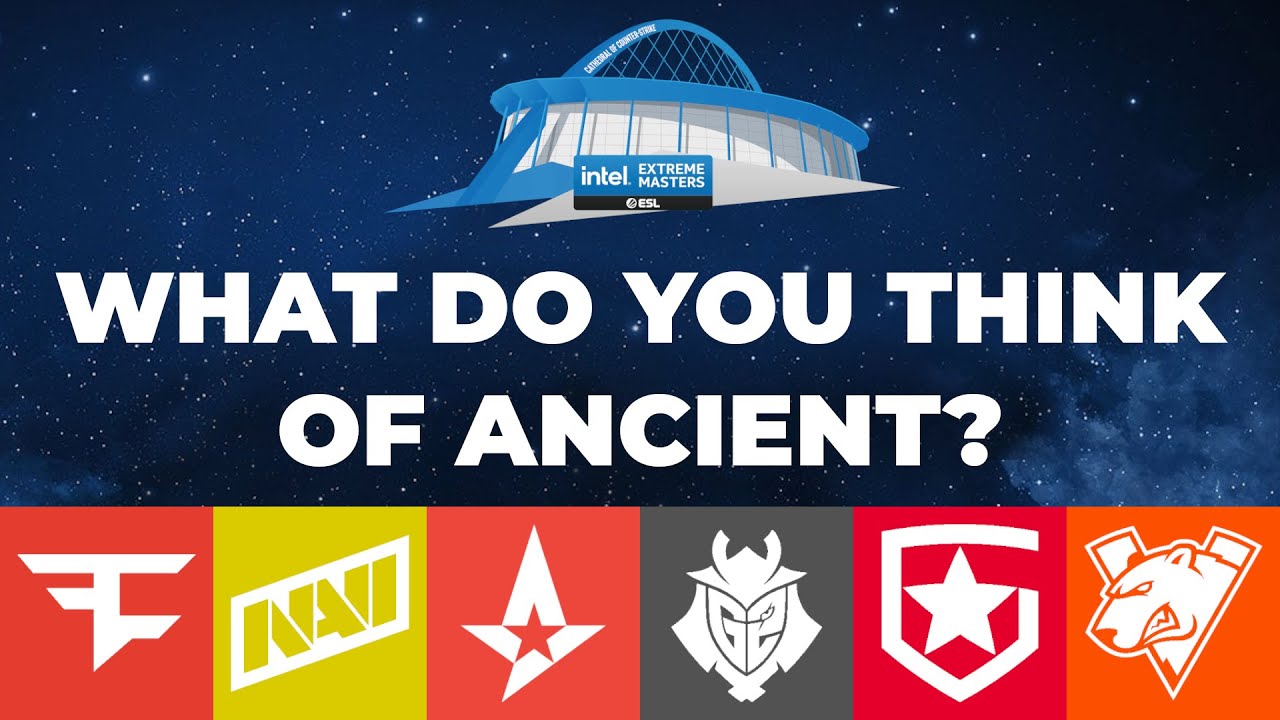 Video of Interview with Playoff Teams at IEM Cologne 2021

huNter-: We didn't play it at this event, as you said, and we haven't played it too much on officials. Obviously we are, if someone is picking it against us or if it's as a decider, we are ready for this map. We practice it a lot lately and that's it, we just didn't want to risk on LAN to pick it, but if someone is picking it against us we are good to leave it open. We are really comfortable on this map.

olofmeister: I think it's a good map and I also enjoy that is the new map in the pool, it's been far too long since they changed. There is some things they have to fix on it, I think the water being one of them, it destroys all the rotations. Also the A-site is way too small to plant, it's impossible almost to plant sometimes, and you're open to somewhere no matter where you plants. I think it's a good map, but with some small fixes it will be even better.

dupreeh: The overall idea of the map is pretty good, I like the simplicity of the map. I like the way that you have structured it with the very classic A and B bombsites with, I wouldn't say fast or slow, but fairly moderate rotations, including a middle piece where you need to fight for control. The thing that I dislike the most about it is by far the fact that the bombsites are too small, the A-site is too small in that it's really hard to get a plant without having at least two smokes. Even if you get smoked down to the chances of getting spammed through the smoke and actually dying is really big as well.

The B-site seems to also have too few obstacles for the counter-terrorists to be able to defend it properly. Maybe it's just a different approach on a map level or a level design, but I think the bombsites definitely need a rework. The idea behind the map is really good and I think it's nice. Maybe also a little bit of optimization in terms of FPS, it takes a lot of CPU usage to play the map.

nafany: For myself it's a good map. Of course they need to change some things, because it's not the best map to compete on right now because they need to change some connectors. It's a great map and I like to play something new. I feel like our team can be the best at this map also, like it happened on Vertigo. After the player break break, Valve will change something on it, I believe, and we will see some new tricks on this.

YEKINDAR: When the new map is added to the pool, it's always a pleasure to play. It's always something refreshing and especially Ancient from when they first added the map, we already knew that this is a good map. It wasn't like vertigo that you need to change a lot to play on a competitive level and that's why it was easier to adapt to it because it's really similar to other maps, for example Dust2. If you know the basics of other maps and you combine them with Ancient it's really easy to adapt from one map to another map. That's why we got two wins on that map, but two wins is not much to actually talk about.

Boombl4: It's a new map and I think all matches right now are 50/50. A lot of teams can prepare everything on this map and can surprise you every time game by game. I really enjoy playing this map, but it's still scary to pick this map for your team.