Vitality:
"It's always tough to be that low when you were that high"

We got the chance to talk to apeX and misutaaa from Team Vitality before they have to play at IEM Cologne. We got to ask about what they need to do to reclaim the number one spot, what they think of Double Poney, and discuss momentum of winning your first games. 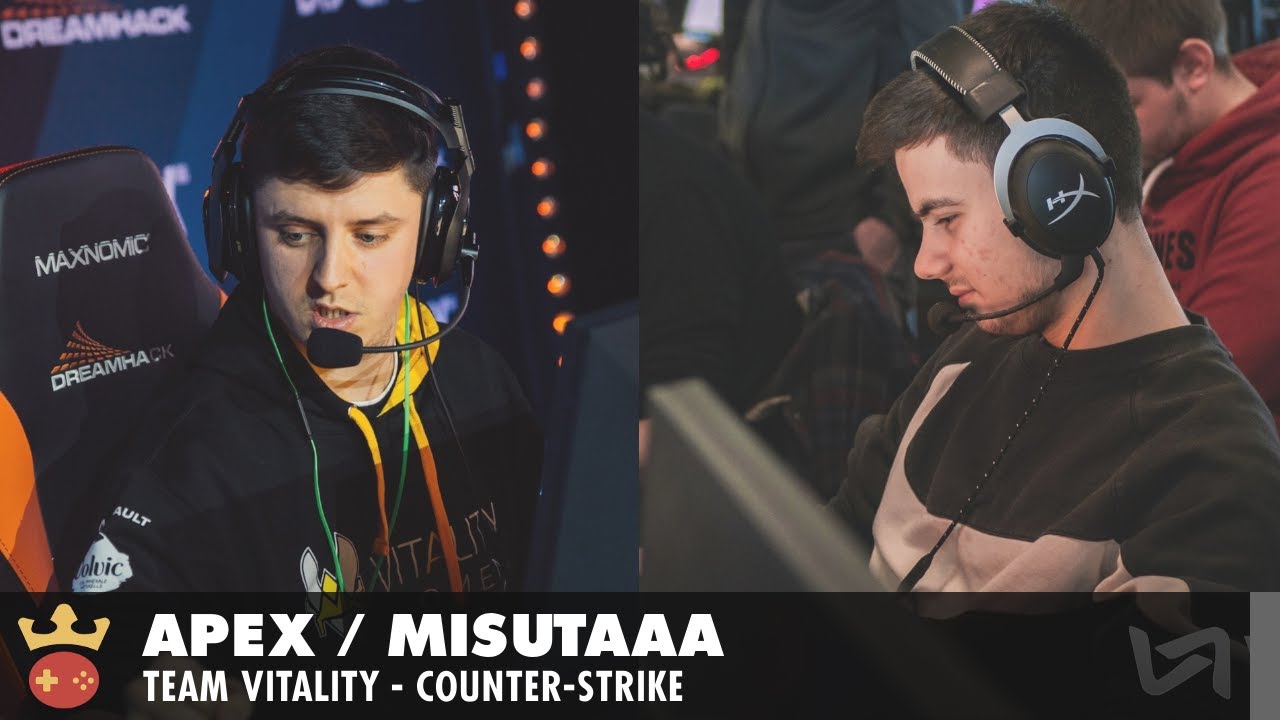 He needs a lot of time to adapt and to be able to perform at one hundred percent, it will need about a year, because that was the case for misutaaa. For Kyojin it's going to be the same, he has so much learn in such a short time, because we have so many officials, so many practice and everything. We're trying to get him as good as possible and trying to also get better in our team. Lately misutaaa has been stepping up a lot and at IEM Summer if the other players could have reached their full potential, I'm talking individually, we would've maybe gone to the final or win the event. We were lacking so many individual performances lately, but things are getting better. I feel as a team and tactically we are good right now, but CS is about shooting people and we just need to shoot people well, that's it.

Grady: At Flashpoint you got to go up against your fellow countrymen in Double Poney. How far do you think that team can go?

apeX: Double Poney is the future of the French scene - with one really experience player with body, one pretty experienced with Lucky, and three rookies. It's really hard to judge right now with online things, because I know and we all know, online is way different. Now with LAN happening again, I'm going to talk about LANs and I'm not sure how they will perform there, if they do so, but the showing they had the last few months was really surprisingly good. I'm really proud to have a second French team playing that way. We lost to them in a big fashion in the first game of Flashpoint and we took our revenge after, but it's always hard to play in French Derby. They play really good and I hope they will find an organization and get even better in the coming months. It's not easy for them as they are playing for free right now. I think they have a good potential, let's see about when LAN will start again.

misutaaa: Before I joined the team, it was kind of fun because he was doing a lot of things in French scene, then he started to a lot of things in the European scene. When I joined Vitality and started to play with ZywOo, I was learning a lot by his insane skill and insane positioning, how he reacted that fast, always playing with everything. It's boosting me to see that ZywOo is in my team.

I was the rookie last year, now it's Kyojin, but I'm still the rookie because it's basically my first LAN right now at the tier-one level. There is a lot of other rookies here for example Bymas or flameZ, I think they will feel like me and I feel excited.

Grady: How does that momentum from say winning your first round matchup help you as you then go into your second game and your third game versus taking a loss in that first round and having to deal with that?

apeX: In 2019 and 2020, we always took the other road in everything we did. I remember Cologne 2019, we lost the first game against NiP in the group stage, then we had to win three games in a row to go through and just not helping ourselves because we had to play one game a day. When we win the first games of the tournament it's getting easier, it's always like that. That's what we felt in our last tournament that having the easy road is something nice sometimes, because always doing the hard road is tough. If we go through with two winning games in a row without dropping a game will be something satisfying for us and will get us more confident for the future of the tournament and having to play the main tournament after. So it would be really nice to win the two first games right away.