Team One:
"We wanted to give a chance to a new Brazilian upcoming player"

People might be sleeping on Team One, but we got the chance to talk to malbsMd, pesadelo, and righi before they compete at IEM Cologne. We talked about the addition of xns, the difference of playing in Europe, and how they have found Ancient so far. 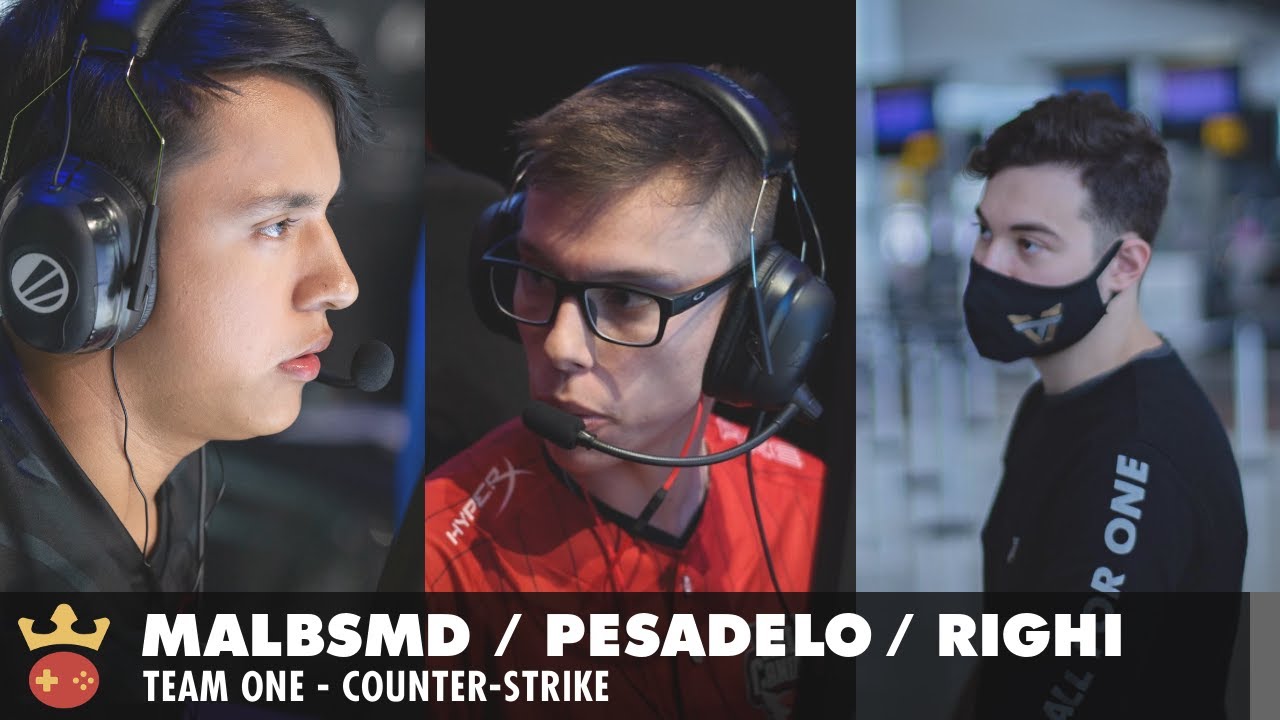 Video of Interview with malbsMd, pesadelo, and righi from Team One at IEM Cologne 2021

Grady: You had the new talent xns coming into the roster earlier this year, what has he brought to the table?

righi: xns was playing last season with me in Brazil, I was coaching him on Santos. In Brazil he was playing like a trader, but all of the guys on the team completely agreed that he can be a nice entry-fragger because he plays so aggressive, he has a lot of skill, and he has good movement.

When we lost skullz, we looked at the options in Brazil and we wanted to give a chance to a new Brazilian upcoming player and he's the first name I told the guys "He's a younger player, he's aggressive, he will be the entry-fragger we need, and he will make a great duo with malbsMd". We have a lot of firepower on our side now with xns and malbsMd. What he brings to the team is that he earns a lot of space so the guys can play with that, the other guys don't need to be being super aggressive, xns is doing all the work and he plays some solo bombsites on the CT-side. We like him and he fit well on the team.

Grady: You guys have a match coming up against the Young Ninjas in about three hours, first off good luck in that, but how are you finding the tournament schedule at the moment?

malbsMd: Thank you, first of all. To be honest, I feel like we are playing a little bit more of than necessary, but I think it's a good amount of tournaments. We are getting used to the tournament experiences and learning a lot of the Europe style. I think this is going to prepare us a lot for IEM Cologne, because getting used to the European style is going to be a good for us.

Grady: If you look around the Brazilian scene right now, you have FURIA, O PLANO, paiN, GODSENT, MIBR, Sharks...etc, there's a lot of teams trying to make a name for themselves right now. Where do you guys feel like you fit or where would you place yourselves amongst the Brazilian teams?

pesadelo: Yeah FURIA is for sure the number one.

Grady: With Ancient coming into the map pool for this tournament, how have you guys found practicing on that map? Have you been enjoying yourselves or are you struggling to adapt to it a little bit?

righi: It's a fun map to play, but we are struggling a little bit. We are just learning the map, we improved a lot - we played ENCE two days ago and almost beat them, they have a good Ancient. Train was our pick and we are sad because they removed that map. Here in Europe we will learn a lot about the European style of playing Ancient, because it is different when you play a North American team on this map and when you play a European team. We are having to adapt here now, I think we will play this map here at Cologne and we will do good.

malbsMd: I'm the one who has been struggling the most, but I think it's a fun map. I've liked it and I've been studying it for myself and watching some highlights and how the people play on my side of the map. I think I'm kind of understanding now how the map works and how you got to play it, we're going to be a better team in that map.