Before the playoffs we talked to all six teams featured; Astralis, NaVi, Gambit, VirtusPro, G2, and FaZe about which teams surprised them in this tournament. Either performed way better than they were expecting coming into it, or that underperformed and needed to pick up their game. 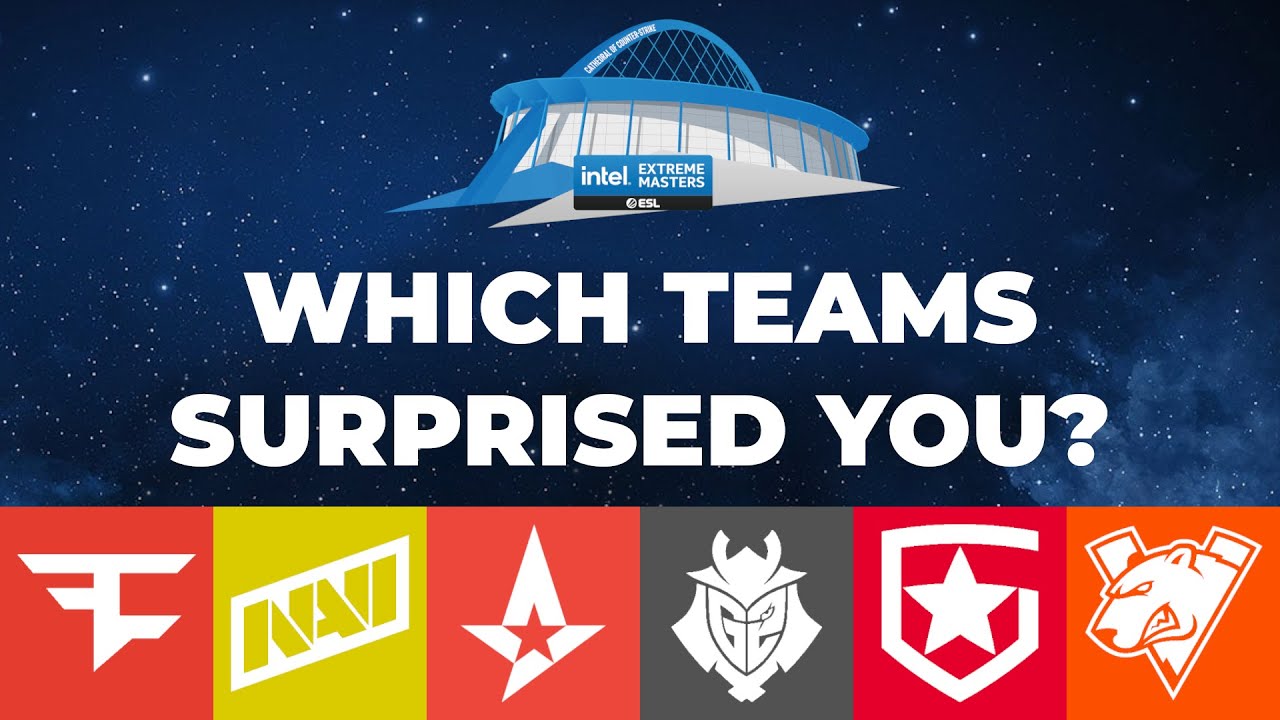 Video of Interview with Playoff Teams at IEM Cologne 2021

maLeK: Good surprises, I think Renegades surprised us on a couple of games. They grabbed some wins and I think we were surprised by that. Bad teams for this event we can say Heroic, I was really looking forward to seeing them and fight these guys, since everything they did for the last year was really convincing to me. I thought they would dominate many of the other teams and go really deep and they didn't on this one - so we see on the next ones. Another good surprise is FaZe, they actually did good to qualify and Virtus.Pro as well, both surprised me with that.

NiKo: I want to say Virtus.Pro, from how they came back to actually get into playoffs was really insane. They didn't start good at all, but then they just came back against Complexity and that close win versus BIG was really cool to see. That's definitely something that's going to boost your confidence going into the playoffs and the whole event and props to them for making happen. It was a very tough task to do and they managed to do it somehow - even though I think they are the team who does the most comebacks, even online.

Twistzz: I would say Complexity, they are a pretty disappointing one. On paper they have really good players and stuff, but something just seems not to be clicking. We beat them in the play-ins convincingly, but it is kind of shocking to me so that they can't find themselves as a team.

karrigan: For me there is two disappointments, I think mousesports and Heroic. Heroic has been one of the best teams during this online era - Gambit made it to the playoffs and Heroic not making it is a disappointment. Especially coming after the FlashPoint win, but they had a hard time with Gambit and Liquid. For surprises I think Astralis coming into the tournament, losing device and not having a main AWPer. They surprised me that they still have it in them when it comes to LAN, even though they lost a really important player in the team.

dupreeh: I think the biggest surprise has been FaZe, they have proven that still have the guts to be able to compete. One of the teams that has disappointed me the most is Heroic, because they seem to be doing so well coming from the online era. I wouldn't say they underperformed this event, but then again they still didn't perform the way they wanted to. Obviously you also have teams like Vitality that didn't make it through, and Liquid for that matter as well, the teams that are usually the teams competing for the titles have not shown up at all. That is probably the biggest disappointments and surprises of this event.

gla1ve: NiP was a little surprising. I think they'd been looking pretty good online actually and I'm not seeing them as a weaker team on LAN - if you match them up against Virtus.Pro I think NiP would be a slight favorite. They should be a little bit unsatisfied with how they performed, but you have to consider, also for Heroic, it's the first LAN for such a long time. Of course it will be tough for everyone to perform the way they did online and maybe it would be tough for us to do the same thing if we came to another LAN. It's still really early days on LAN, but if you only look at this tournament, then Heroic and, NiP should be slightly unhappy.

SANJI: I'd say mousesports was a disappointment, they played good, but they lost some bad games like the one versus Complexity that they can win easily.

YEKINDAR: I'm surprised about FaZe and that they qualified for the playoffs. I think not many teams, not many players, and not many fans actually believed that they could do so. I think nobody really disappointed that much because every team has room for mistakes. Even if they played bad this tournament, you really don't consider it as a disappointment, you consider it as maybe unlucky.

B1ad3: Maybe Heroic underperformed and FaZe overperformed. I think everyone was expecting FaZe to be much better than online - they had really close matches online, they have incredible skill, and a lot of experience on LAN.