mousesports:
"We wanted to go with a younger lineup"

Grady and Josh get the chance to talk to ropz, Bymas, dexter, and mithR from mousesports ahead of their IEM Cologne adventure about bringing dexter in as the IGL, Bymas' expectations around a tier-one LAN, and what their goals are here at the tournament. 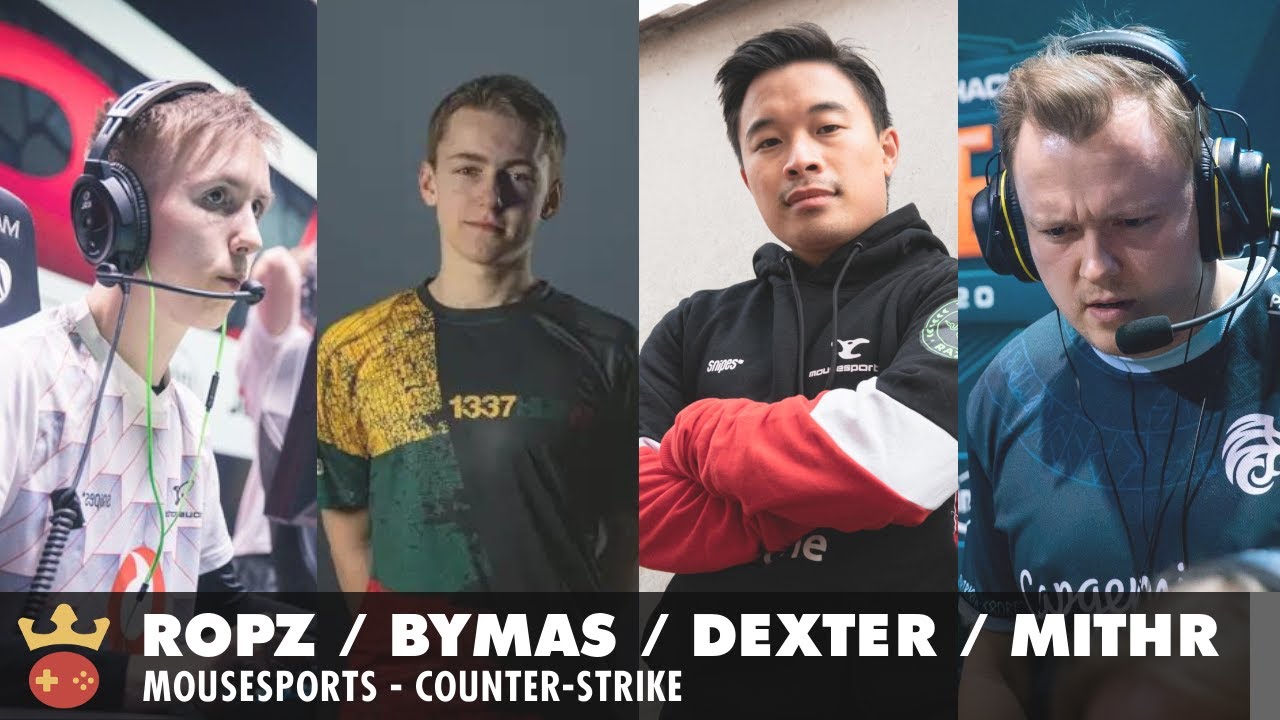 Josh: You guys brought in dexter in early February, I was wondering how wad that transition. Especially from karrigan and bringing in an IGL that isn't from Europe?

mithR: I recommended to bring in dexter from my time with him in Renegades. He sees the game in a very creative and a specific way which I like. I knew that when we lost karrigan and when we lost ChrisJ that, from my point of view, we wanted to go with a younger lineup and to gather a team around an average age that wasn't as high as before. Both karrigan and ChrisJ are 30, not taking anything away from them, but thinking forward that was one of the priorities at the time that we brought dexter on board. Obviously also I had a good time working with them in Renegades.

Grady: Dexter, how have you found moving over to Europe and moving into this new system - and what do you think that you bring to mousesports?

dexter: I'm honestly not too sure [laughs] I trust all the experience and what these guys have been through in Europe a lot and they're able to essentially help me ingame lead and dictate how they want to play spots. It makes my job a lot easier when they're able to do those kinds of roles.

Josh: I was just wondering when you get back on LAN, do you guys think that's what you need to keep performing better and better, or do you expect an adjustment period to get used to being back on LAN?

ropz: I think in general we won't expect the same results online. What we discussed within the team is that we're going to be satisfied with reaching playoffs. Obviously a win is what we all want, but our first goal is just to get out of the play-ins and then reach the playoffs. We're not setting any goals that we feel are out of reach instantly, so we go step by step. Getting a solid performance here is going to boost our confidence a lot, so we can look way better going forward into the future LANs.

mithR: At this time it is also about getting a lot of experience on LAN together. We are a pretty young team with a lot of young players and we need to gain a lot of experience when it comes to LAN. I definitely think that some of the other teams who have more LAN experience may have the odds with them. It's definitely not that it's impossible for us to make it far in the tournament, because we all believe in that, but I think that we are not too worried about the result at this time. Take one game at a time and take every opponent equally as serious as we would take the other. Step by step, getting a lot of experience and go for the best result possible.

Grady: Bymas, it's your first tier-one big LAN, although it's obviously not in front of a crowd, what are your expectations heading into this? Are you hyped about this experience or has your teammates been talking up the experience?

Bymas: I don't really see the problem with LAN, I feel the same as playing at home, everything's the same.

ropz: You'll see when it gets to the match.

Bymas: Maybe I'll get some extra pressure, but I don't know hat to expect yet and we'll see how it goes.

Josh: A question for Dexter. I was just wondering if you've missed the Australian scene at all, or if you're mainly just happy to be in Europe?

dexter: Definitely not, I hate the Australian scene [laughs] It's difficult to play because the whole of last year we obviously didn't go to Europe at all because of COVID. So that whole year my brain and self-improvement did nothing for a year while we were winning tournaments without even trying. It's nice to be able to go to Europe and be taught things, and learn, and actually use your brain a bit more.