FaZe:
"I think it's one of the best iterations of FaZe"

FaZe Clan have seen a drop in the rankings lately and are looking to prove that their current line-up can stand with the titans of Counter-Strike right now. We talk to rain & karrigan about their aspirations, how this roster compares to previous ones, and what the rankings mean to them. 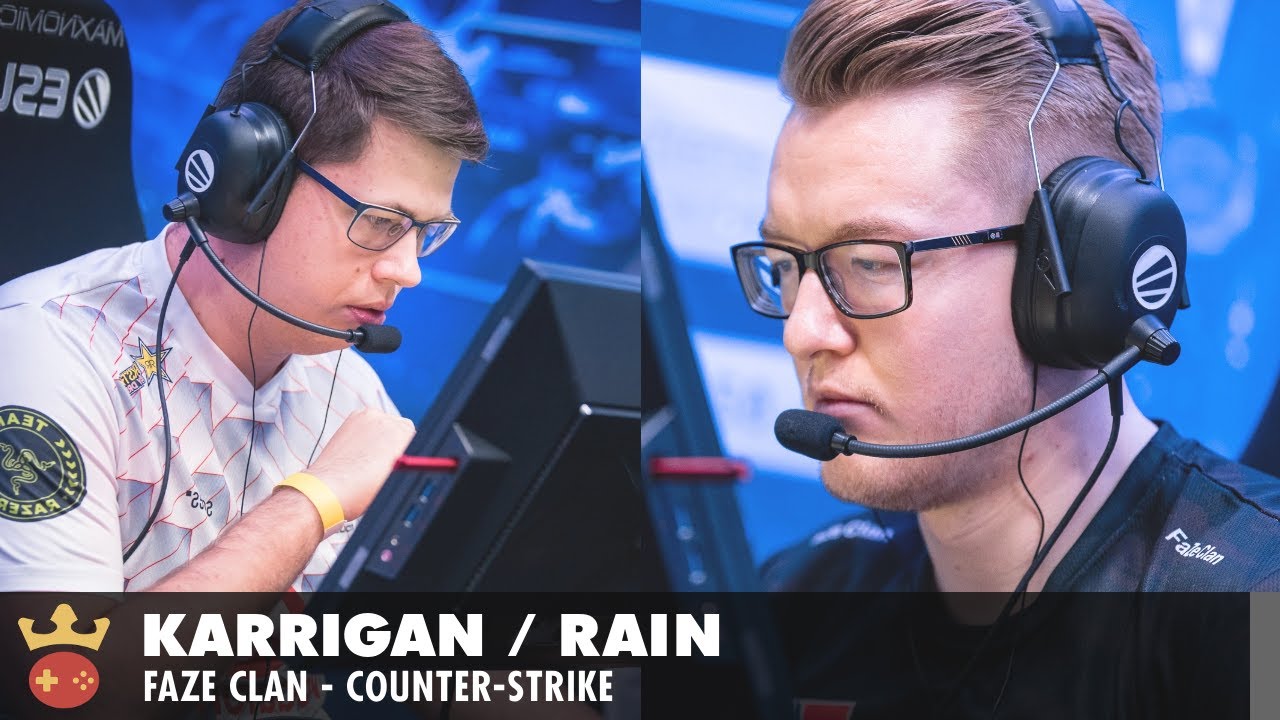 Grady: rain you've been with FaZe since 2016, and before that under different banners, you've seen 20-odd teammates come and go. How does this line up that you have right now compare to those previous lineups?

rain: Yeah...I've had a lot of teammates over the years. I've got a lot of experience from a lot of different players and I've been able to play with a lot of the best players in the world. This team for me is, role-wise, is probably one of the most set teams that I've had. In the past we have always tried to build this super team with a lot of skilled individuals that are just gonna run around. With the lineup we have now, there's clear roles and I feel like everybody has a purpose in game. I think it's one of the best iterations of FaZe, even though we haven't shown it yet, I think this lineup has a clear potential that we haven't really unleashed.

karrigan: To the first part - I had a good relationship the whole time with the FaZe organization, I've had that for a long time. I feel like that's where I've been the most comfortable, most trusted in the way I'm feeling after the game, the way we handled the team, transitions and all of this stuff. I knew coming into FaZe that I have the trust from the organization and I think that is a key thing as an ingame-leader, knowing about whatever happens ahead of time and not feeling pressured.

Last time it went wrong and we have talked that through and made sure that we are all on the same page about how to handle this stuff. It's two different teams, I could join FaZe and have experienced players hungry to come back to the top or mousesports who are young players who are hungry to come to the top for the first time. It was more the organization part that drew me back to FaZe, knowing that they will have my back in case it really goes bad with the lineup, I know they're willing to do changes for the future.

To the second part, this is the lineup that's way better than the one I had when I started in FaZe. That motivated me a lot, knowing that after FaZe sold NiKo there is possibilities if we don't like what we see on the server. For me that is just good to have that as a backup plan. Right now we are so close all the time that changing something would take us five steps back, so we have to wait and see.

Grady: Piggybacking off of the HLTV rankings being a point of topic here. Is that something that you guys are super worried about or something that you're looking at on a week-to-week or a month-to-month basis? Or do you care more about your performance?

karrigan: To be honest, we were a little scared about the Cologne invite, I'm not gonna lie about that. That's where you care about the ranking of ESL and HLTV, because we could see that the last invite was getting really, really tight depending on the results at Flashpoint. At that moment you care obviously, missing out on the first LAN in 16 months would have been devastating to us as players - that's what we want.

On a daily basis, when you are that far down you don't really care. You just have to focus on the results - are we losing 16-5 16-3 to the best teams then okay we need to do something. Like I said, it's so close games that when you start thinking "Oh no, we are #45" it doesn't really change anything. If you are number two or number three, then you want to be number one, that's were we care a little more about that. At this moment I'm not even thinking about the HLTV ranking, I'm just focusing on the game to make sure we go in the right direction. It's hard to see, it's very small baby steps, but maybe soon this baby can become a titan at this LAN.