BIG:
"You can't really fix your mistakes because you have tournament after tournament"

We sit down with tabseN, tiziaN, and k1to from BIG to talk about what they need to do as a team to get back to the number one spot, what it is like when they clash against their fellow Germans in Sprout, and the pressures of an insane tournament schedule. 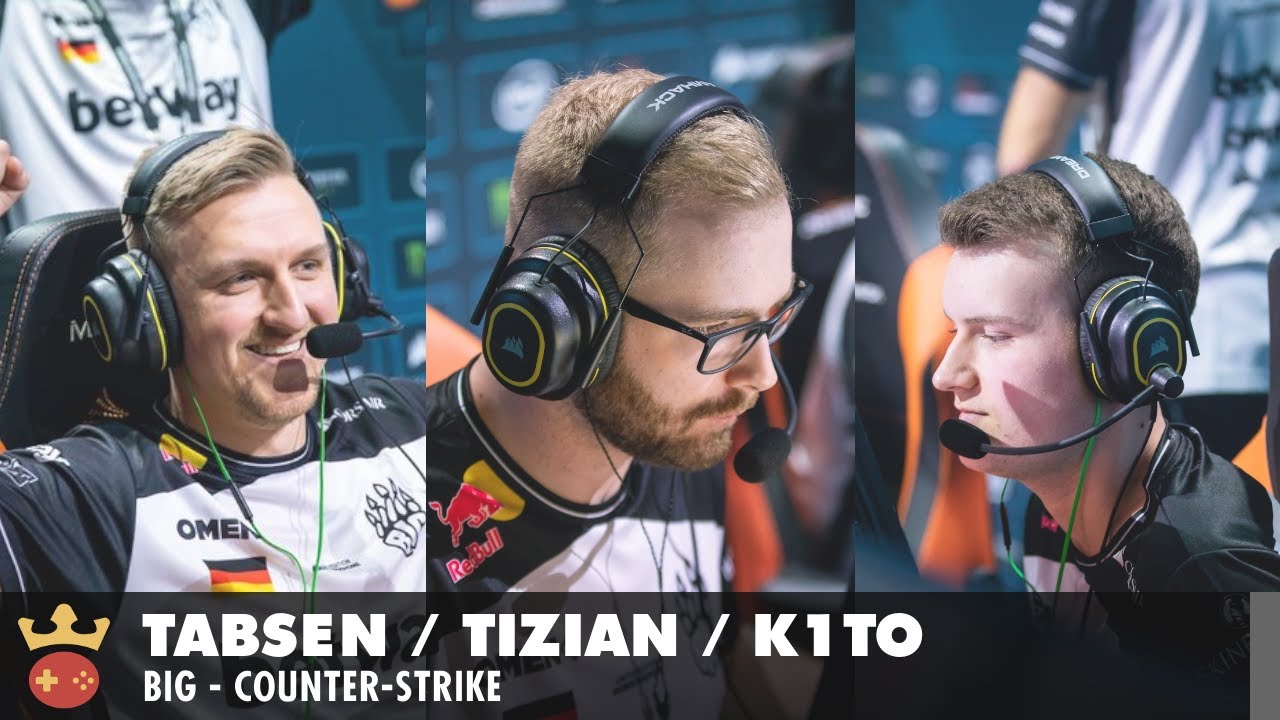 Video of Interview with tabseN, tiziaN, and k1to from BIG at IEM Cologne 2021

Grady: You guys about middle of last year reached that coveted number one spot and since then you've fallen down a little bit in the rankings. What do you think that as a team you guys need to do to get back to that number one spot?

tabseN: From my perspective, I would say we all need to play individual-wise better, but of course we also need to find the right path again as a team, being on the same page is really important. Also getting the results and getting the confidence back in within the team. I think we are on the right way and we are all of course doing everything we can to achieve these kinds of things.

tiziaN: I couldn't have said it better.

Upcoming in this tournament, your first round matchup is against Sprout. Is there any added pressure or change to your game plan going up against your fellow countrymen?

tiziaN: Our matches against them are really hard most of the time because we make them more hard ourselves. k1to and others have been playing for Sprout, we all know for many years, we all have kind of played with each other. So there are a lot of mind games going on in these games because they know exactly how we play, we know exactly how they play and they were always a little bit in favor because they were always the underdog and I think it's easier to play from the underdog role.

tabseN: Just recently we had a really important game against them and we broke basically the curse against them and I'm not seeing us losing any more against them to be honest. As tiziaN mentioned it's also a domestic matchup, you see it every day, for example, Navi is playing against CIS teams in their region. They're also losing against these kinds of teams because these teams have enough time to prepare, they do not play as many tournaments like we do, or like Navi does. They just see everything that we do and they are preparing themselves to be exactly in this moment. Of course it's easier said than done, but probably and hopefully we are going to beat them again.

You mentioned the number of tournaments you guys are entering, I think it's already been over 15 this year. How are you finding that schedule in terms of just having matches after matches?

tabseN: I would say schedule-wise it's been pretty rough, not even just this year, a few years also beforehand. You know for a fact that you just need to prepare yourself mentally that there's no ending - you have every time, a game after game after game. Talking about it, you need to vision yourself where you know what you need to play, what's the most important tournament. It's hard to also maintain this kind of focused energy, but we are professionals, right? So everything you need to do to perform, you're going to do.

k1to: I agree. Last year I want to play everything, because I didn't see the bad sides of it, because we were only winning - it was fun. When you lose and you lose rough games and you keep going out in groups stages, I think it's mentally tough to play the tournament after tournament because you don't have really time to fix the mistakes. It adds more and more pressure if you go out in group stage and then two days after you play the next tournament and you just want to go further this time. I think that it's really exhausting, but like what tabseN said, you are a professional and you need to live with it.

tiziaN: I think that's the biggest part about that is that you can't really fix your mistakes because you have tournament after tournament and you have to fix them somehow on the fly. If you can't fix them, you're like in danger of going out of the groups again in the next tournament.