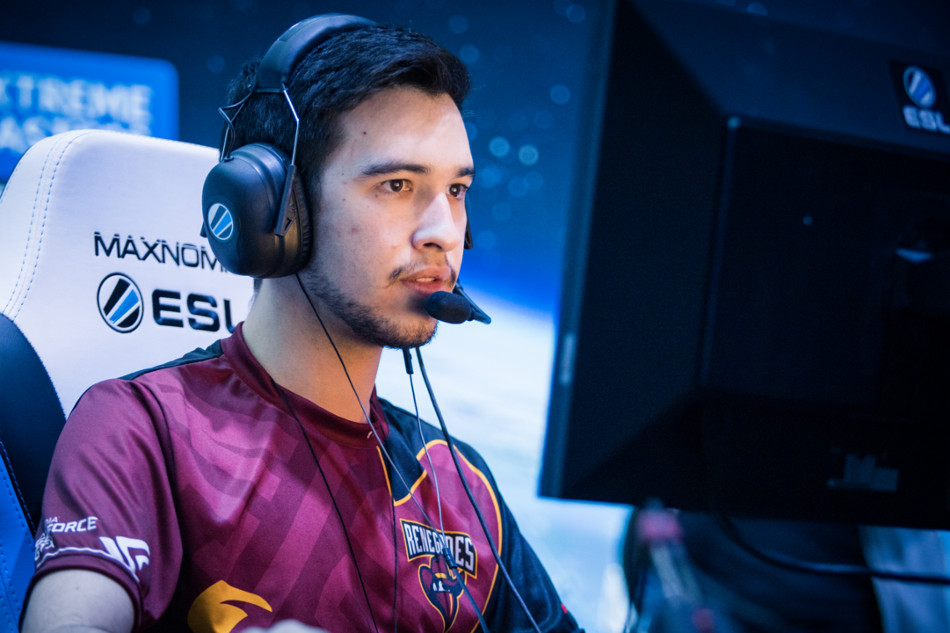 Renegades Gratisfaction:
"Maybe I can hang ornaments from my mustache"

Grady had a quick chat to fellow Kiwi, Gratisfaction from Renegades at IEM Sydney this year. They talked about what it was like transitioning from Grayhound Gaming to Renegades as well as their miracle run at the Katowice Major. 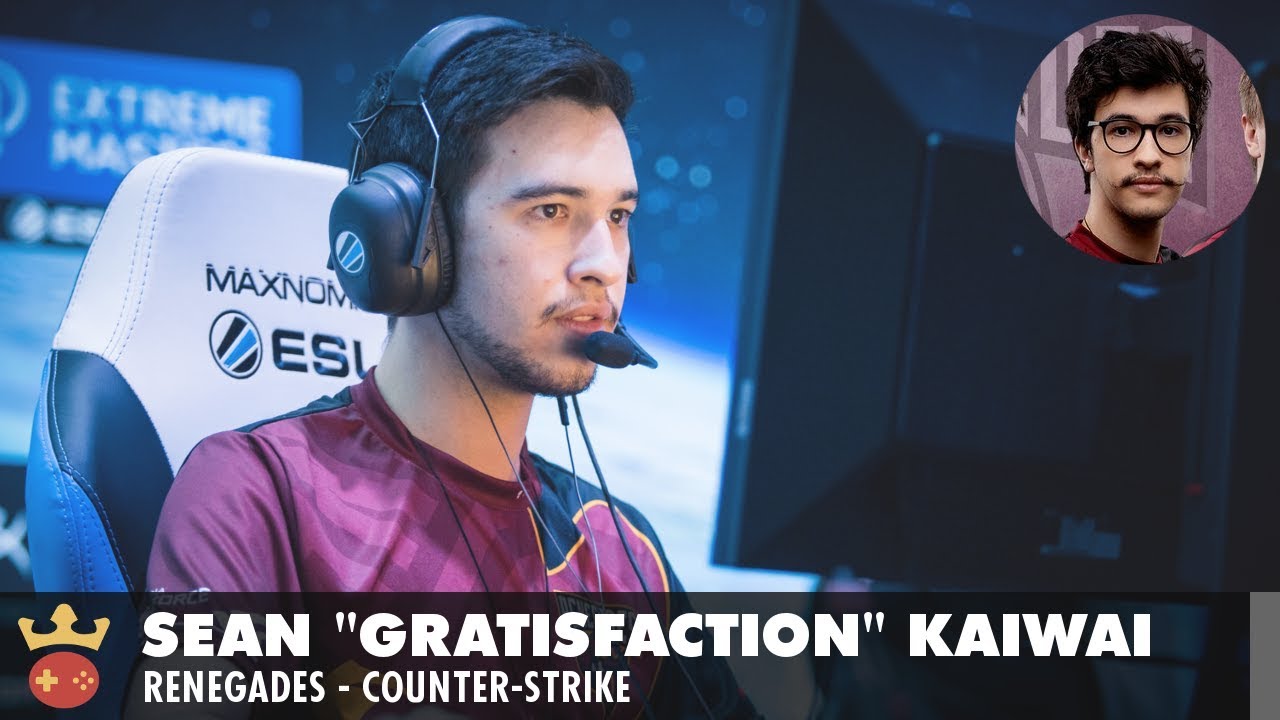 Video of Interview with Renegades' Gratisfaction at IEM Sydney 2019

Grady: We are here at IEM Sydney, with Renegades' Gratisfaction. We talked to you last year at IEM Sydney, different team, now you are on Renegades. How was that step from Grayhound over to Renegades?

Gratisfaction: Joining Renegades was kind of weird for me at the time, I wasn't sure if I even wanted to do it, because of the dynamic that we had in Grayhound. I really enjoyed playing in that team, it made a lot of sense to stay there as we were getting some good results and on the up. I was really good mates with everyone there. Actually going into the Renegades, I was surprised by the camaraderie, it was kind of similar to Grayhound in a way and it's heading towards that by making friendships with all the players.

In terms of practice, it's actually a lot more professional than the Australian scene, mostly because you do it during the day time. It's all scheduled out weeks in advance, you know what teams you're practicing, you have theory sessions and there's a lunch break in between. In Australia it's four hours at night and then you're done. I think because of the level of professionalism in there, it's taken more seriously and everyone's putting in a lot more effort, which just makes it more productive.

It sounds a lot more like a job. You go and you do your hours and then you...

...And then you clock off and do whatever you want. Some people put in more hours after that, some people just chill, it's good.

You said that some people put in more hours, personally do you want to still keep going, keep playing CS after that or do you want a break?

When we are at base, I'll like wake up, have some cereal and watch some demos, then get into the theory, then prac, and aterwards I'm usually just like pugging until late, because I love playing CS still. It's still a job, but it's a job I enjoy so I don't mind putting in any extra hours. Yeah. Yeah. It's a job and a hobby.

Your team's performance here at IEM Sydney, is there anything you can peg it down to as being, like maybe this was the reason towards it?

I don't know. We've talked about it and we just didn't play our game in any sense, we were feeling the pressure of being favorites on home ground. We knew that we had a good chance to win this event and I think that might've contributed towards the pressure. You're like "oh man there's expectations on us at this event to actually do well" and that just made us do bad.

That whole run started in Australia because there was the Closed Qualifier and we had a rough time, I think we lost a map to Tainted Minds and we lost to Grayhound as well in a best-of-three.

When we came into the Minor in Katowice, we had been boot-camping for a bit and we knew that we were gonna either come first or second at the Minor, we were super confident. We knew that we were the favorites there, none of the other teams really scared us at all. Grayhound put up a bit of a fight, but that's just because they are really good team and they always play well against us, they're comfortable playing us, they like getting into that scrummage with us. With the Minor, we knew we had to do it and there was a little bit of pressure there because we knew we had to make it to the next stage, but because we knew we could do it, there was also confidence in the fact that we're a good team.

Coming into the next stage, the Challengers Stage, when we were looking at the teams, we weren't actually that worried about any of them. Because the team hadn't actually made [this stage] in the last major, I don't think there was any pressure to really do it this time. We knew we could, so we just did it, we just played really good CS. Our coach, kassad, had some really good preparation, because we were stuck in Poland all we could really do was just play CS and focus on CS and it paid off.

Then we made the main stage (Champions Stage). Highlight of my career so far no doubt, 100%.

You make the stage, it's a massive moment in your career. If you peel it back to your family, do they see how big of a moment this is?

My siblings kind of get it, but it's hard to explain to anyone who doesn't play the game or follow it religiously. My mum kind of gets it, but she's still iffy about what the major is - "Is IEM Sydney a major?"

Along with making the major, you got to squiggle on a piece of paper and then be placed into the game as stickers. What's it feel like, seeing people run around with your in-game name across their gun?

It's obviously really cool. As soon as stickers came out in the game, it was one of my goals to get a sticker in the game so that I could have it at least. It's a piece of memorabilia, just it's on the Internet so it's always going to be there.

The question I'm asking everybody about is Vertigo. Have you had a chance to, to play it?

I've had a runaround, played a couple of pugs on it. It's alright, but I don't think it's up for competitive play right now. It's too small, map's too rushed, every round feels like it can happen in 15 seconds. It just doesn't feel like it should be a competitive map. I feel like it needs to be expanded on like a lot bigger and the levels just need to be cleaned up, it's pretty gross right now.

So you're not looking forward to it when it gets into map pool?

Not really. The bombsite A on it, you just have to fight in after-plants, there's no strategy behind the after-plant, just throw smokes and fight. Other maps feel like you can make plays in after-plants, outwit your opponent, but it's just one path, just head-on. Yeah. The conspiracy theories that val put it in there just so people play newcomer maybe. Yeah.

Last question, it's hard to ignore the caterpillar on your face that you've curled especially for the interview. Where did that decision come from?

I don't know. I just started growing it out and then I realized I could twirl it and I was like "hell yeah, that's sick" and then people started having a laugh. It just became a meme, I guess. It's a part of my character.

So we're not going to see it shaved off anytime soon?

Probably not, I'm going to try to get the loops going, and maybe I can hang ornaments from my mustache when I'm playing. I can do a lot of things with it, just need to grow it out.

All right, thanks a lot man.

All good, cheers for having me.