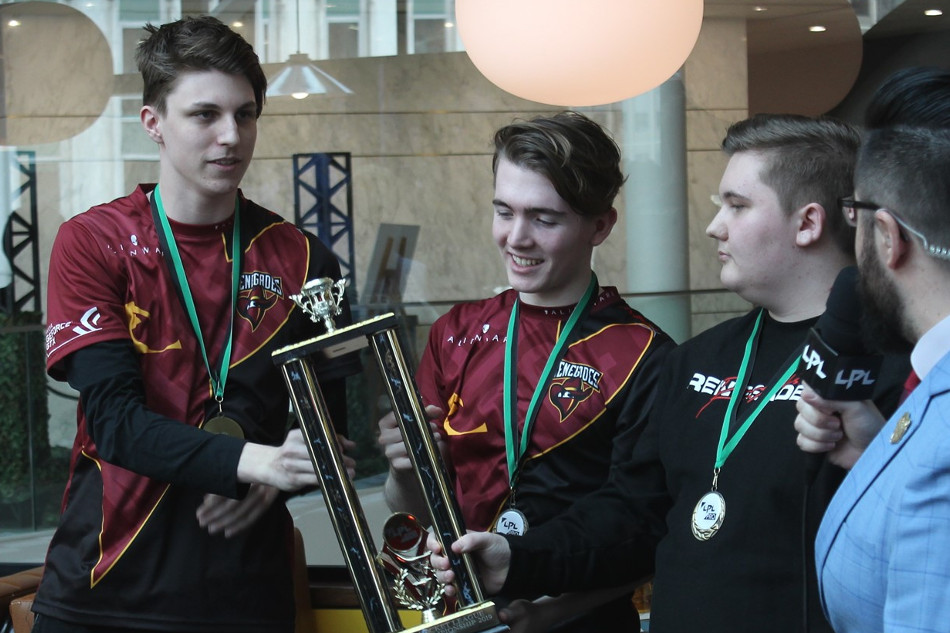 Renegades Torsos:
"I’d say I’m one of the best mechanical players in the region"

After going 6-1 in League Play, Renegades easily swept the competition in the RLCS Season 8 Oceania Final to claim a spot at Worlds. We got some time to chat to Torsos about their run in Season 8, the mentality of the three-man unit, and if this is the best roster he has been with.

Grady: First off, congratulations. It seems like you guys were expecting to win here.

Heading into worlds, it's a completely different playing field. How do you guys think you'll fare?

Do you think this is the strongest roster you've been to Worlds with?

It's hard to say, I think it's definitely top two. When we came forth with Drippay a year ago (RLCS Season 6 Finals) we were really good. I think now that with this roster we can at least get the same result, if not better.

You guys seem, at least from a few Twitter videos, quite hype when you score and when you win. Is that just a part of the team mentality?

Oh yeah, we're super positive when we're playing. In scrims we are a bit negative and are just trash-talking the other teams, but when we are in-game we take it full serious. When we get a goal, it's like "LET'S GO!" (Editor Note: He did shout this) and just super hype about it.

Comparing Rocket League to other esports, it really is just the three of you guys in a room. Do you feel like that gets you guys together and tighter knit than a game where there's six of you and a coach hanging around?

I guess I've never really thought about it. I think the real effect is if one person is feeling uncomfortable, in the team environment, it really hurts you because it's a third of your team. It messes with the other two players and how they're playing. So if you're not comfortable together, if someone's not happy with how your playing, or if some person is not happy with another teammate - it can really affect the team. We don't think like that, we're really happy with who we have on the team and where we are going. As long as you have a healthy attitude it's all good.

When you have a team, is it more important to have that individual skill or is it the communication and the teamwork between everybody?

It's definitely a balance. I'd say I'm one of the best mechanical players in the region, but this season I've been really uncomfortable and bad because of the new roster, we are figuring out how to play still. I don't know where to be, I don't know where to position, until this weekend, that was the time we really figured it out. The mechanics really compliment your positioning, the positioning is really what matters.

So when everyone's talking about Rocket League and they're talking about the oceanic region, it's always Renegades number one. What do you think sets Renegades apart from the rest of the teams?

That's another hard one to say. We're definitely very motivated because we have the backing of Renegades, so we really want to do well. We really want to make this our job. The rest of OCE is obviously trying, but it's not a profession to them, they don't do it full time. We are really trying to be number one and get to Worlds every season.

Now that you have been to Worlds so many times, would you be a bit disappointed if next season you didn't make it?

Yeah. I can't imagine a world where I don't go to Worlds. Before I played today, the qualifying match, I was so nervous. I just choked the first few games, but once you get the nerves out of the way it's just so motivating to get there every season. It would be really devastating to not make it.

After the game, there was a little bit of shit-talking out in the foyer. Is that something that you guys bring to the table?

Yeah, it's definitely a part of our game plan. The way Havoc play is very bump-oriented, they were also just typing during the series. It just feels good to win and just rub it in, you know.

On the team you have got a Kiwi. What's it like playing with Kamii? Is it just exactly the same as if there was another Aussie on the team?

Kamii's a bit of a unique character. He's got the good banter compared to everyone else, very hype, joking around and all that stuff. I don't know if it's because he's Kiwi or not, but he's definitely very loud and vocal.

Canberra Havoc Walcott: "We tend to take every game as it comes"