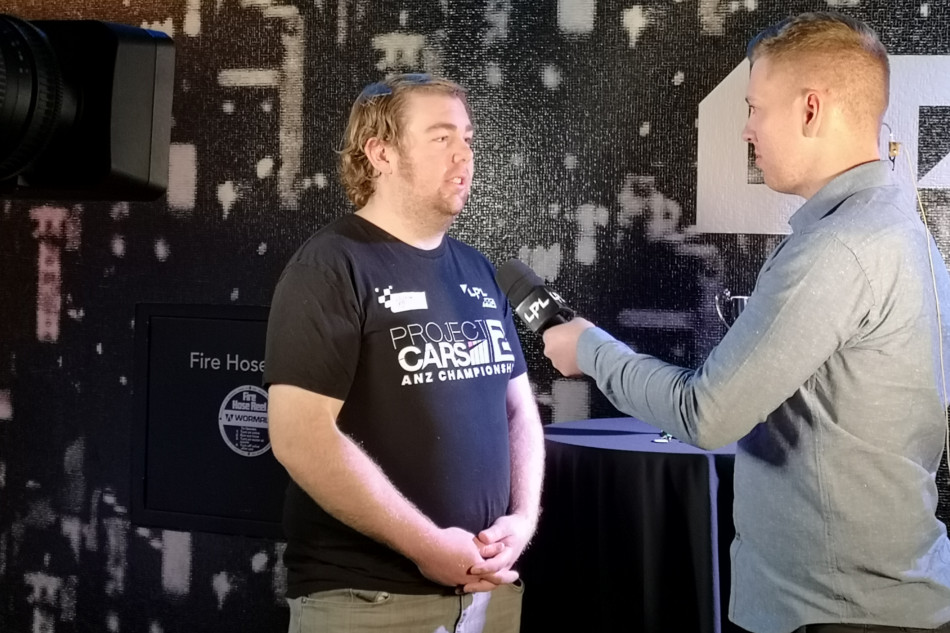 BULL:
"I’ll keep doing it as long as I’m having fun"

This week Matthew 'BULL' Pluck walked into the SkyTower in Auckland to compete in the final race of the LetsPlayLive Project Cars 2 Season 3, he had already won the regular season, but was looking to have some fun. We got to talk to BULL about the difference in setups, his real life racing, and how the season went.

Grady: When you come into this "bonus round", what's your mentality knowing the championship win is already there?

BULL: It's a bit of fun to be honest. It was a bit of a free for all, everyone came in on a equal footing, so you knew the guys down the back were going to throw everything at you, because they had a chance to win. I knew coming in that it was going to be tough, because of the likes of MonkeyMatt and that - that did real well tonight - they fought hard. You knew it was gonna be tough and fun and close, and it was.

What's the difference between playing in the comforts of your own environment and then coming into here?

I actually spent about two hours this morning just setting the seat, the steering wheel and everything to just how I like it. I jumped in and the steering wheel was too high, monitor was too close and it just didn't feel right. Once that was done, we had enough time to get used to it and dial ourselves in. Initially a bit of a curve, but after that it was fine.

Playing a racing sim, it seems like a lot of the focus is where your mistakes are. Is that just down to the style of game?

Yes and no. A big part is having pace to start with, you gotta be fast enough to be at the front, but your top guys are all separated by nothing. It really does come down to consistency and more of a case of who makes a mistake first and who blinks first. If everyone raced a perfect race, it would probably be follow-the-leader to the end.

What is your goal with racing sims and esports? Where do you want to end up?

To be honest, I do this as a hobby and I race karts and speedway in real life, so this is more to fill in the time and have fun with. My main goal is that I'll keep doing it as long as I'm having fun. I know some guys who get pretty serious and pretty invested in it and travel overseas to Europe and the likes of that. It kind of becomes almost like a full time job for them, which would be great if that happened, but I'm not gonna chase it too much because I'm just doing it for the fun.

Which one do you prefer then - racing in real life or racing sims? Which one is the more fun one?

I can tell you which one is a lot cheaper [laughs], but nothing beats the feel of jumping in a car and actually driving. You get that adrenaline rush, the wind in your face and the g-forces, nothing can replace that experience. You can only race once a once a month or once every three months during the summer season for speedway, so to be able to jump on anytime you want and do racing, it is just as good.

How accurate is a game like Project CARS 2 to the real life?

Last thing, is there anything you'd like to say to your fellow competitors that you defeated in the regular season?

It was a great season and some really good racing. There was a couple of good rounds, I think Abu Dhabi where there were fives or six cars all battling. Everyone raced with a lot of respect and we raced hard, but fair. I am really glad that Kyl won tonight, cause they had an absolute shit...can I say shit?...I said shit...he had an absolute shit season and had the worst luck. So it was good for him to actually have something go his way tonight and get a win.