Adding Fuel to the Fuel:
A Dallas Fuel 2021 Roster Analysis

With the owner of the Dallas Fuel and Team Envy, Mike 'Hastr0' Rufail, announcing on Twitter the Dallas Fuel roster - fans and analysts alike were excited for the prospects of the team in 2021. Kevin Rathore breaks down each player and rates the team's chances of walking out of 2021 with a trophy.

Dallas chose to move away from their mixed roster philosophy which had underperformed and disappointed in the previous 3 years of the Overwatch League and chose to pick up a core of players and coaches from one team, in this case the Paris Eternal.

The tank line, consisting of Fearless and Hanbin, looks solid on paper and could compete with other tank lines across the league. Specifically, Fearless being a role star from the 2020 season due to his Winston play and with Winston having the highest combined playrate of any of the main tanks over the past three years, the pickup seems amazing. In combination with a very reliable and skilled off-tank in Hanbin the tank line looks unstoppable.

However, the Shanghai Dragons played Stand1 for the majority of the time when Reinhardt and Orisa was the meta - Stand1 also played Roadhog in the finals over Fearless. While Fearless has shown mechanical excellence with Winston, if the meta shifts to a rush composition based on Reinhardt or a meta based on Roadhog as a main tank there could be questions of his ability. Especially if he has to perform against other elite main tank players at these heroes such as Super, Gesture and Mano. However, Fearless has shown an elite level of mechanical ability and game sense in general. We have seen that if you give mechanically skilled tank players a good coach they can become a stalwart for the team, such as Sado and KNG for the Fusion in 2020. RUSH has shown that he can improve his tank players and make them elite and Fearless could become one of the best main tank players in the league.

Hanbin while on the Eternal was a very consistent player and showed a very high level of mechanical skill and game sense on Sigma and D.VA, to the point he could be compared to other great off-tanks such as Void, ChoiHyoBin and Fury. We saw very little of Hanbin's play on Zarya or Roadhog during the 2020 season, so a few questions loom over his ability to play both these heroes at an Overwatch League level. Despite this, his mechanical ability on Sigma and D.VA, the 2 most prominent off-tank heroes over the past 3 years, and his overall ability make him a great pickup. With the help of the coaching staff, it is my belief that Hanbin will learn whatever hero he needs to.

The DPS line of Doha, Xzi and SP9RK1E is arguably the strongest part of the Dallas Fuel and is also possibly one of, if not the best DPS lines going into 2021. With many key DPS heroes such as Widowmaker, Sombra, Genji, Doomfist, Mei, etc. being covered by this trio, these musketeers have arguably the deepest hero pools of any players in the league.

There are some holes still present within this trio. None of the trio have a particularly strong Tracer and coming up against other Tracers such as Striker, Yaki and Saebyeolbe if the meta dictates and being unable to hold your own could lead to many issues as their neighbours in Texas, the Houston Outlaws, found out in their inaugural season. Both Doha and SP9ARK1E have had very limited time on Hanzo and other hitscans, so if a double sniper or a double hitscan meta develops, it could be extremely challenging for the team as neither player is known for their hitscan ability.

Xzi also picked up a wrist injury during the middle of the 2020 season and there was a noticeable drop in his performance when he returned. We have seen that with other players such as Birdring of the Los Angeles Gladiators, who also suffered a wrist injury. It took over a year for him to recover and come back to his best. This made Xzi not seem very comfortable or competent on Ashe, who was a big part of the hitscan role in 2020, and he will need to improve his ability on this hero moving into 2021. SP9ARK1E shined during the Countdown Cup on his Genji and carried his team when using his best heroes, but he did not have the same ability on others. RUSH will have to choose when to and when not to field SP9RK1E to get the right balance in his DPS line.

We saw RUSH have a very smart DPS rotation in the Paris Eternal and he actually improved the skill of those players as well. His coaching style with the skill ceiling of these three players could lead to the most feared DPS core in the league.

The support line is the weakest part of the Dallas Fuel going into 2021. With players such as Rapel and Jesce disappointing in their previous teams and with their competition having solid support lines moving into 2021, this could be the Achilles heel of the team. Fielder will most definitely be the starting flex support on the team - he showed elite level Ana play during 2020 and very good play on both Baptiste and Moira while on high ping in Korea. Unfortunately there was very little Zenyatta play and with other flex supports such as Viol2t and Shu having carry performances and being a pseudo-DPS player on their team while playing this hero, we haven't seen that from Fielder. Under the coaching of RUSH, Fielder could become the premier flex support in the league.

If we move into a double flex support meta with Baptiste and Zenyatta, Fielder's counterpart Rapel has a few question marks over his play in general. Rapel suffers from the same issues as Fielder, however with less mechanical skill by comparison. Going against other flex support duos such as Viok2t and Twilight will really stretch this support line's ability and if they are unable to hold their own it could lead to the team being swept by their opponents.

Jesce is the only main support player on the roster and over his 2 years in the league he has performed well below his expectations. While Jesce has an above average level of mechanical skill, he is better known for his in-game calling and leading. Without the clutch and mechanical ability of other great main supports such as Moth on the Los Angles Gladiators, Jesce will need to step up and reach his potential in this upcoming season and be a pillar for his team.

Overall, while there are holes within or questions about this 2021 Dallas Fuel roster there is a solid foundation and skill floor that would make this team arguably a top 5 team in the Overwatch League. Under the tutelage of RUSH and the rest of the coaching staff, I have no doubt any issues will be ironed out during the off-season and if the meta falls in their favour, there is no doubt that this Dallas Fuel team could finally do what their predecessors couldn't and bring a championship to Dallas. 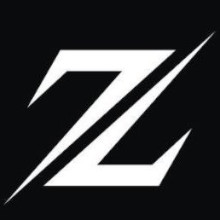 A university student with a large passion for esports and sports and wanting to immerse and connect himself in both worlds.