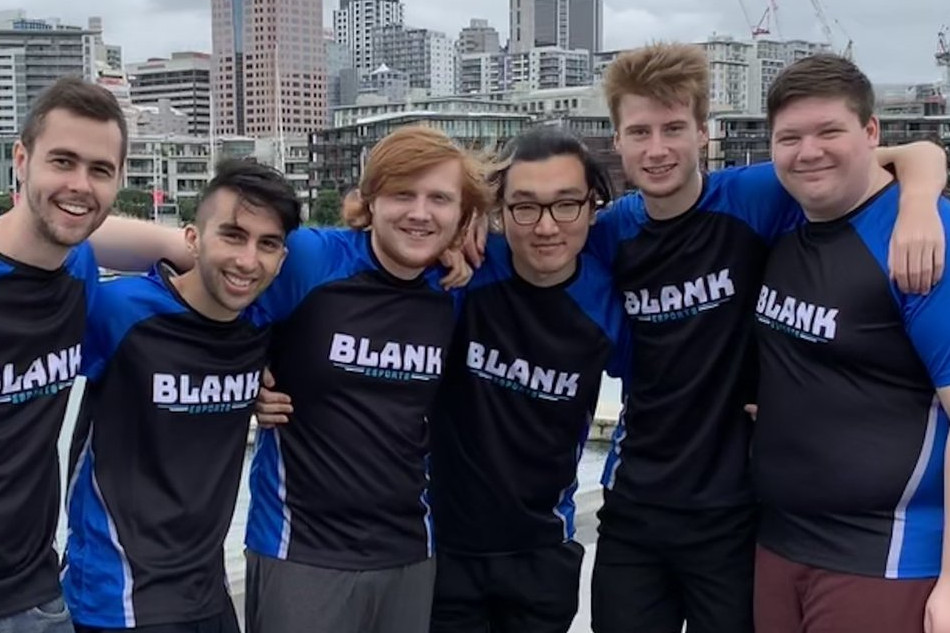 Blank Roro:
"[ORDER] turned up and they played better than us"

It wasn’t just Counter-Strike at IEM Sydney, as Grady got to sit down with fellow Kiwi and Overwatch Contenders semifinalist, Roro from Blank Esports. They talk about how he got into esports, Blank’s performance in the tournament and living in a team house. 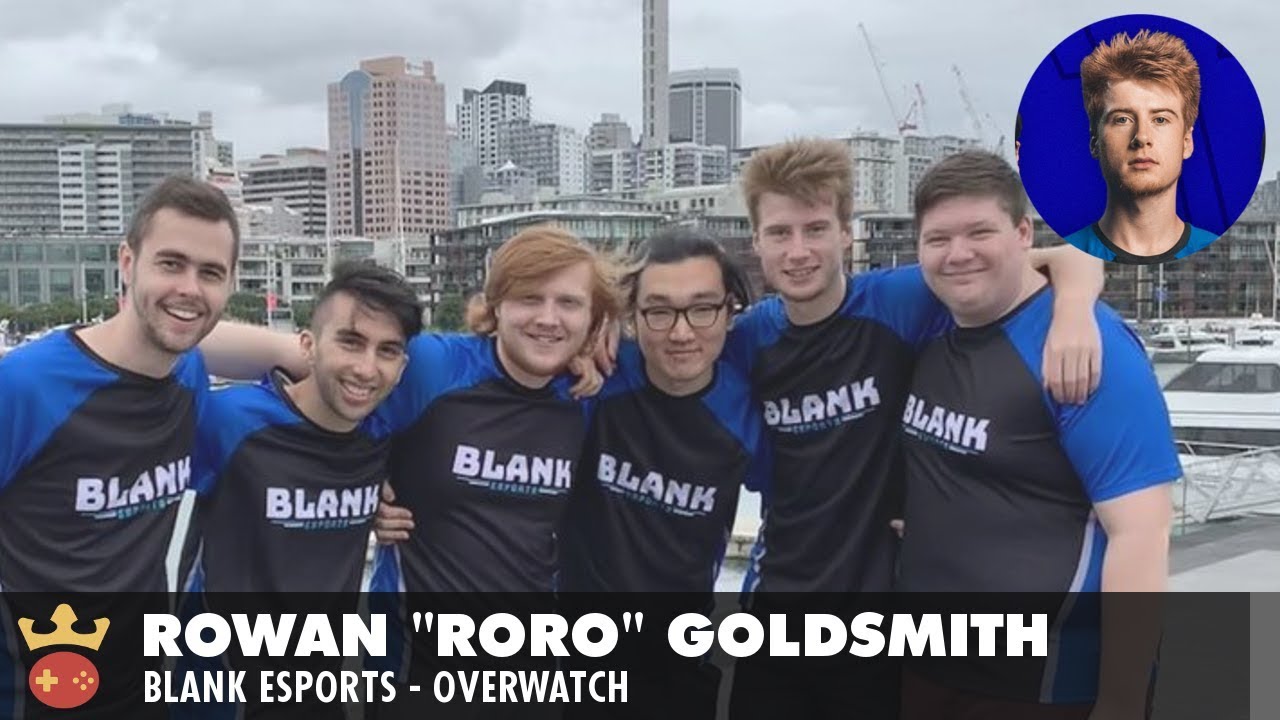 Video of Interview with Blank Esports' Roro at IEM Sydney 2019

Grady: We're here at IEM Sydney with Roro - Is that how you pronounce your in-game name?

I'm assuming it's shortened Rowan and they just doubled up?

Yeah, it was my nickname when I was super young and then I sort of a chose it and my friends were all "Yeah that's a cool name to have as a gamertag." So my family always laughs when they see Roro, because they think of me as a little kid.

- from Blank Esports, sorry I stopped in the middle of my intro, from the Overwatch team. First off, what's it like coming to IEM Sydney and playing an event like this?

It's pretty awesome, going to put on a show for the crowd and just compete in general. Knowing there are people out there watching and being able to see your opponents as well is pretty cool. Meeting people...it's all awesome.

So playing on LAN, obviously extremely different to online, like being right next to your opponent. Do you feel that changes the way you play?

Not me personally. I don't notice a difference, but I think it definitely does affect most people, it probably affects me more on a subconscious level. I don't notice my play being different, if anything, I think I play better under pressure when there is more people watching. It's definitely different.

Coming from New Zealand and then coming over here into the Australian scene. Is it jumping from like a small little kiddies pool into the ocean?

Not really, because the two scenes are pretty much one anyway. Playing from New Zealand I get a better ping or latency than someone from Perth for example, so it's probably no different. The only difference is that this way more people, 'cause when I was gaming in Christchurch, there is only a couple of people in the scene from Christchurch. So, I never really met anyone through it, but if you live in Sydney or Melbourne, there's gonna be a bunch of people playing the game.

Did you ever attend any of the local LANs back in New Zealand?

I attended a university LAN that my friend was going to, at the time I was in high school, he was in university, so I just came and I played some Counter-Strike. That's probably the only local LAN I've attended.

So how'd you get yourself into this world of esports?

I always loved playing sports and I was always super competitive, but when I saw that there were video games, I always wanted to play them because they looked fun as. So I just played those and then I discovered that people can play it competitively and it could be their job, I was like "Oh, okay, I really want to do that." So I just kept at it, kept playing and then slowly worked my way up and here I am.

Then when Blank came calling, what was running through your head at that point?

I was pretty excited because they were offering a team house. That was the main thing, being able to have that advantage where no one's working a random job or anything or going to school. You're all there, you're all playing, you're all practicing together, so I was really excited for that, because I said at the start of last year to my parents that by the end of this year I want to be in a team house. When that offer came, I just couldn't refuse.

Fair enough. Talking about your parents, do they understand what you're doing?

Yeah, they definitely understand and they support it, but they are also concerned about it, because I'm sitting there playing video games a lot. Through high school when I was playing a lot of video games they were extremely concerned, because they wanted me to do other things like do my homework or all of that.

Coming here, not the result you expected. Is there anything you can chalk that up to? or was it just a bad day?

I think not being prepared is probably the best word. I thought we were ready for ORDER, but they just turned up and they played better than us.

If you had made your way through to the final, what do you think your preparations would have been? Do you prep more for something huge, like the grand final, compared to a smaller match?

Since we only have a day between when the semifinal and the grand final, most of our prep goes to the semifinal, especially since we thought ORDER were going to be the harder opponent, which I'm pretty sure they are. We were taking it one step at a time, even though you have one day for the grand final, I think we were confident whoever it was. If it was Sydney DropBears or if was Mavs [Melbourne Mavericks], I think we were confident going into that. We didn't know anything about ORDER, well we knew what they were going to play, but we didn't know how good they were going to be.

So you're bet today is ORDER is going to win?

Yes, but they have been known to choke on LAN before, so it is possible that they'll lose, but I think they will win.

In Counter-Strike, after a loss they immediately go back and just start demo reviewing. Is that something you guys do in the Overwatch scene as well?

Yeah, definitely a few people in my team were rewatching the VODs with the coach right after, but I can't do that because people are visibly tilting themselves from watching it "We should have done this", "We should have done that". From my perspective, there is nothing you can change from what happened then. Obviously it's good to learn from it, it's good to go back and watch it, but I don't like doing that immediately because I feel like it's not productive.

Living in a team house, do you get a lot of that or is it actually fairly cohesive?

I think it's the opposite. I feel like if you're not seeing someone eye-to-eye or you're not talking with them, it's very easy to go "Oh I hate that guy" or "That guys doing this wrong" and just leave it at that and then obviously you don't see them or interact with them at all until the next day. If you're in a team house, you turn off the computer and they are right there, so you can't avoid that. It can be difficult, but I think it's helpful.

Do you know what your next tournament you guys are going to be playing in is?

Yeah. Season 2 of Overwatch Contenders, it's just straight into that. I don't know how many weeks break, a few, and then into that. Not sure exactly what the roster is going to be or how any of that's going to work for next season.

Do you like that sort of league format where it's a lot of games over a long period of time?

Yeah, I've always loved the idea of playing in tournaments and things like that. I've always wanted to play in a fully LAN tournament, so where the tournament starts on LAN and happens over a week, like the Counter-Strike, something like that. I love the whole storyline stuff; improvement over this period of time and hopefully winning at the end, but hasn't happened yet for me, but I'm trying to get there.