Big congratulations goes out to ESL for their 20th anniversary and a big thanks for inviting us out to their press conference. 4 of the Founders of ESL were on deck and gave us their opinions on how the Esports world has changed in the last 20 years. 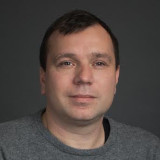 When looking back when we started, we had a vision and we started to develop products, but there was no market. I think that was the major struggle. I always think back, if we would have started 2010 this would have been much easier, because viewership kind of became a commodity with Twitch and YouTube Live and media became a commodity with social media. All of those trigger points, which were important to build a real business out of, became a thing.

Up until 2010 we had to do a lot of things, agency work, to make the money to do our products, to build what we believed in, to follow the passion that Jens was talking about - because we couldn't make money with it in a normal market process. We could do some, but it was not sustainable enough, so we had to cut a lot of corners to get there and in 2010 that changed and it became a more normal business. That was probably the most, easy phase is the wrong phrase, but the fastest growth time, between 2010 and 2016, now it's really about scale and globalizing it. More people want to get in, then want to get out, so so today it's probably the easiest time historically, but competition is obviously much harder. 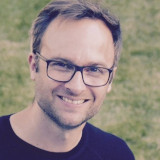 A lot of things that are a given now, we were so much ahead of, for example video streaming. When we started to stream our events there was no Twitch or YouTube to choose from, we had 50 slots or so for our video stream. Each paying user had their own slot to fill in to watch the event and we started with 50 users, then we went on to 100 and 200 slots.

Same for even the name esports, when we started in 2000 the name wasn't set that it's called esports, back then it was more like cyber sports or something like that. That just shows us how much was not given, or we created the ground we walk on afterwards. So what changed a lot? I think it's mostly that stuff is more taken and not being created from ground up as they were back then. 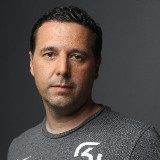 Alexander Müller
Co-Founder of ESL and CEO of SK Gaming

For me it was always hard to define what rattled us, what was the event, what was the decision, because we were so caught up in the process. As Jan-Phillip and Ralf was stressing already, there was no infrastructure, there was no nothing, there was no esports. We created esports, especially in Europe, every day we made decisions on how we drive this thing that we have and this idea that we have. I remember that we had so many meetings, the five of us with Björn who's not here today included, discussing what's the next step - what do we do now? events? do we go to big conventions? what partners do we want to have? what product do we want to have? what games do we want to play? It's like every day was filled up with decisions we had to make and we, as a group, had to get behind it and get the whole team behind it, then the company was moving.

I agree with Ralf, would we have started later on? No, because that would have been freakishly boring. We wanted to start this thing when there was nothing around, that's exactly what the mentality of this team was. It's easier starting in 2010, when somebody already did most of the heavy lifting, that you had to do to create the segment and to create this industry. The journey itself was the most interesting part from my perspective. 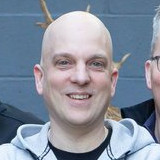 To quickly summarize two points again and add two more points. I think there's four factors that sort of were most impactful between today and the time when we got started, which were all external factors.

The second point that was mentioned before, in esports broadcast is an incredibly important part and what Jan-Phillip mentioned was all our struggles and how do we get our content? We produced so much content, we were out there doing events every Friday with the Friday Night Games and produced at the time 50 hours of new original content every single week in three different languages - that was 2007/2008. Now, how do you get that in front of an audience when streaming as it exists today is not available. You were working with real media and you're working with a streaming technology that was clunky, was difficult, that was expensive, and didn't scale.

Distribution was a cost for us, not revenue. We thought like "Hey, to get it out there, actually we need to get it on TV". So it took us three years and we bought an entire TV station called GigaTV to get our content out there and grow our audience. The idea was, there's so many people out there and they're just waiting for this, they are just waiting for our content to be available to them. It turns out, like I said in number one, that that was not the case exactly, there was still not that many people. So the democratization of live video distribution is what massively changed the perception and the ability of esports to become mainstream. It was particularly in TV and later on Twitch that has made that possible. All of a sudden when Twitch started, what was a cost for us where we had to pay to get our content in high quality in front of an audience, became a revenue stream without risk because we've got our content out to a global audience immediately.

The third point is a very important one. It is that the business model of video games changed from what was the retail model to the free to play model. The retail model is that model where you have to get into the physical store and pay $50 for a video game. When we got started there was no other way other than using shareware, which was particularly crappy games at that time, for you to get a good video game. For a video game company that is releasing a game, they would be happy if their customers had bought that game and two months later, nobody played anymore. Why are they happy about that? Because they got their money and every hour that a player spends after they had their money on a server infrastructure and every month that they have to invest in building a patch, they lose money.

So when the free to play model kicked in, which is about the year 2010 when it really arrived in the west, League of Legends was one of the first games to do it at that scale. This turned around entirely because the publisher and developer all of a sudden had an intrinsic motivation and understanding that the longer the players stick around the more money I make. What that did is that before we had to convince - I remember The Lord of the Rings: The Battle for Middle-earth from Electronic Arts, I had to moderate that event myself and Jesus was that a shit-show - we had to convince them to drop their PR budgets so that we could do something with that game. All of a sudden that changes, because now they're actually investing long-term into the persistence of their game and in esports because they understand; that makes me more money and that makes me more successful.

The fourth reason is one that has popped up in the last few years, or gets prevalent in the last few years. Esports has really become to define popular culture, like what the culture around us is defined by and what it is. The only way that that could happen around video games was that human beings start presenting the stories of video games for the society at large. It happens that esports has human beings and people that you can present and write stories about that broader society will understand and be excited about. I think, particularly in the last few years, the critical mass audience was achieved and stories could be told around athletes and stars that really got it out there into the mainstream and into a larger audience. Which has ultimately accelerated the growth of esports and acceptance of video games at large.

Game On Cancer, 25 days of fundraising for Cure Cancer