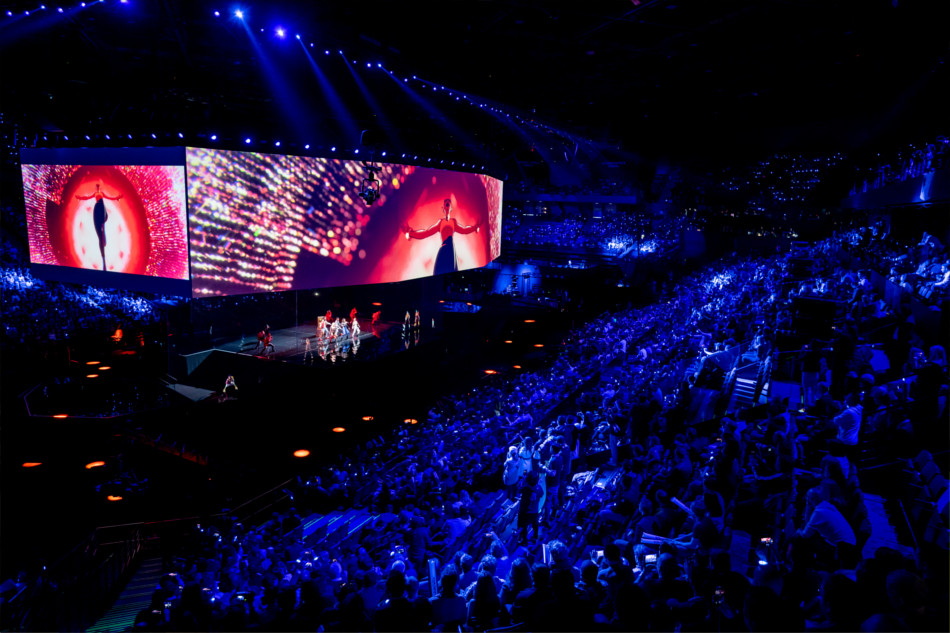 Esports once again center stage during the sixth incarnation of Geoff Keighley's award ceremony. Six awards at the event were dedicated to esports; 'Esports Game of the Year', 'Esports Team', 'Esports Player', 'Esports Coach', 'Esports Event', and 'Esports Host' as voted on by the fans.

Screencap of the 'Esports Host' nominees from The Game Awards

First up is the host category where they are usually overlooked, but can make or break an event. They need to keep the hype levels up, while also being professional enough to conduct on-the-spot interviews. The award this year went to Eefje "Sjokz" Depoortere, who worked a number of Riot events including the European League Championship Series. League of Legends isn't her only accolade either, as she hosted a number of Counter-Strike tournaments this year too.

Screencap of the 'Esports Event' nominees from The Game Awards

It is hard to look past a League of Legends World Championship event when looking at the best event of the year. The pageantry surrounding the live music performances, the holographic technology, even something as simple as the trophy reveal. When I think about great production of an esports event, these are what I look to as inspiration where everyone else should be heading.

Screencap of the 'Esports Coach' nominees from The Game Awards

It is hard to accurately figure out who is the best coach, because it isn't as public what they do for their team. Luckily I've had the pleasure to talk to Astralis' zonic about what he does for the team. In my opinion he definitely does enough to stake the claim as the best coach - especially given the success that Astralis have had this year and the number of CSGO Majors they have won in a row now (3).

Screencap of the 'Esports Player' nominees from The Game Awards

The most controversial award winner was 16 year old Fortnite player Kyle "Bugha" Giersdorf. He won $3,000,000 for getting first place in the Fortnite World Cup Finals, beating out psalm, EpikWhale, and Kreo. He was nominated up against some of the best players in their respective games, but they didn't have the best of years in terms of winnings - so it comes down to how do you determine "best".

Screencap of the 'Esports Team' nominees from The Game Awards

Although they didn't manage to win at the League of Legends World Championship event, losing out to FunPlus Phoenix, G2 Esport's LoL team still had a great year. Their roster saw no changes throughout the year and they managed to win LEC Spring, the Mid-Season Invitational, Rift Rivals, LEC Summer and come a close second in the World Championships. It is definitely the most successful of the team nominated.

For the last three years, Blizzard's Overwatch has taken out this category, only beaten in 2015 by Counter-Strike: Global Offensive. This year though was the year of League of Legends as they claimed the top spot. It makes a lot of sense after Riot Games also put on the event of the year that included the team of the year.