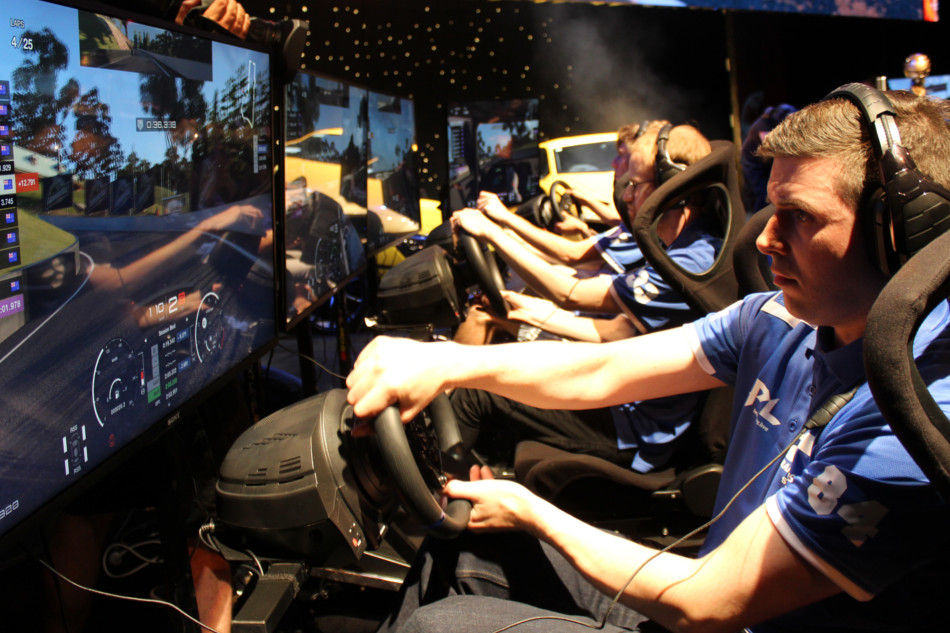 Thanks to Let's Play Live, Grady was able to attend the Gran Turismo Sport event at the SKYCITY Theatre. There was some awesome cars to look at and some great players and celebrities playing in racing pods to try and get the best times on the Bathurst track. 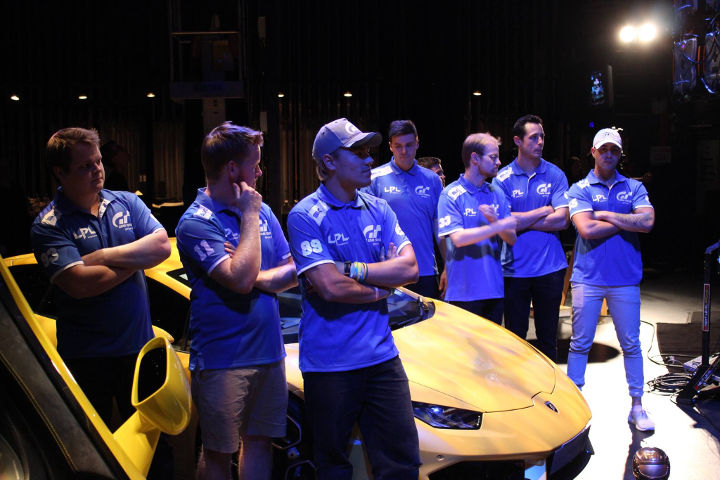 Seven of top eight players competing in the grand finals

Before the event began the top competitors had to qualify to be on the stage, this was done in two parts. The first had people rock up to SKYCITY and play on the gaming rigs setup in the building in an attempt to get one of the top six lap times of the day and return for the main event. The was part was the online qualifier where players had to replicate the settings of the local qualifier to get one of the last two spots - both of the online qualifiers actually had the better lap times than the local guys. 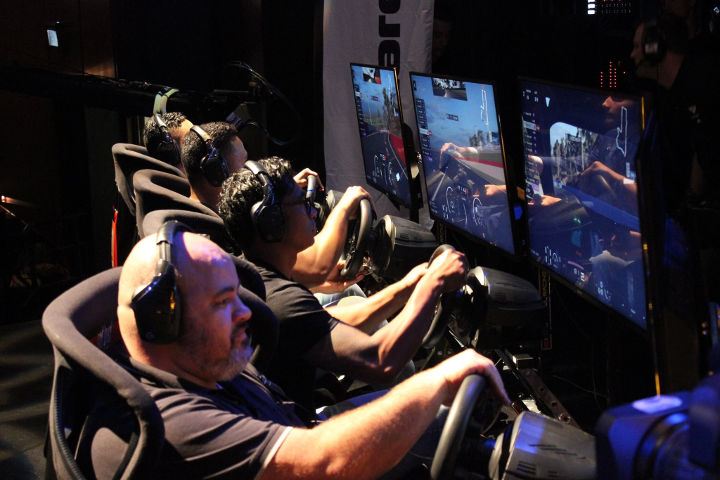 Four of the players in the opening exhibition match

The main event, as with all LetsPlay.Live events, was broadcast live on SKY Sports 1 (a very prominent channel in New Zealand) to add pressure to the weight on the competitors shoulders. There was a warm-up exhibition race between some local Kiwi celebrities to get the crowd warmed up and ready to go for the big race and also set the lighthearted tone of the event. MVP has to go to Pua Magasiva (Actor - Shortland Street) who had everyone in stitches with his comedy. 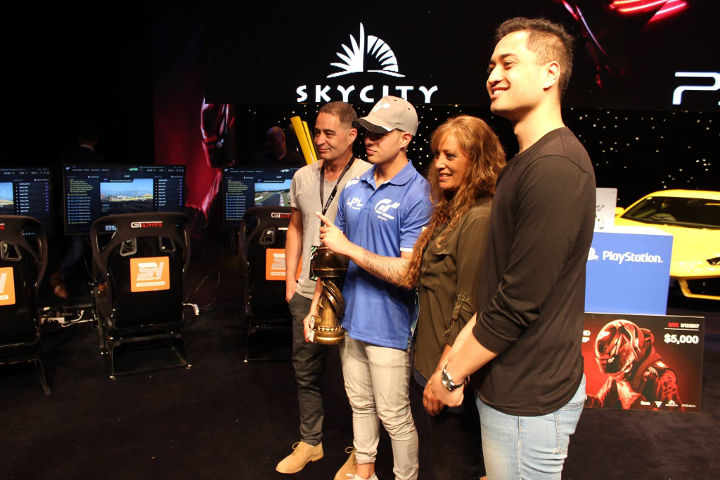 After the celebs had done their thing, it was time to move onto the big race of the evening. Eight racers, 25 laps around the Mount Panorama Circuit - top finish wins it all and take home the $5000 cash and a PlayStation 4. The event saw non-gamer Faine Kahia come out on top at the finish line, but Kahia was no stranger to the racing world. Kahia has been racing IRL for six years (he was the runner-up in the South East Asia Formula 4 Competition) and admittedly doesn't play videogames that often - something that didn't stop him from taking pole position in the digital world and netting a very real prize.

Sim-Racer Flynn Mullany: "You do miss out on that g-force and the wind"