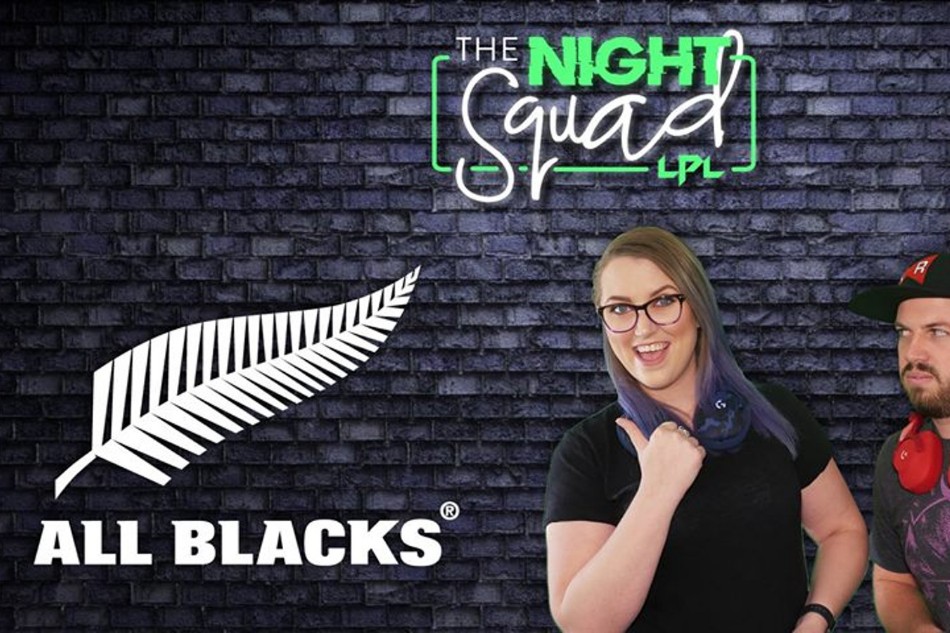 LetsPlay.Live have announced the first three guests for their new show "The Night Squad" and it features three famous Kiwi sports players on the All Blacks and Black Ferns.

TJ Perenara and Rieko Ioane from the All Blacks and Eloise Blackwell from the Black Ferns will join HelloMissPotter on the first episode that airs tonight at 7PM NZST Twitch.tv/LetsPlayLive or the All Blacks' official website.

Here is our article about the show announcement including quotes from HelloMissPotter - LetsPlay.Live launching new series called 'The Night Squad'

The players will be playing inside of the brand new LetsPlay.Live Studios housed inside the famous Kiwi icon, The Sky Tower that also hosted the CSGO Alpha Invitational earlier in the year, won by Australian team Grayhound Gaming. Perenara and Ioane also have an upcoming rugby game against France at Eden Park on Saturday.

The Night Squad airs at 8PM NZST on Wednesday, for other timezones see the list below;