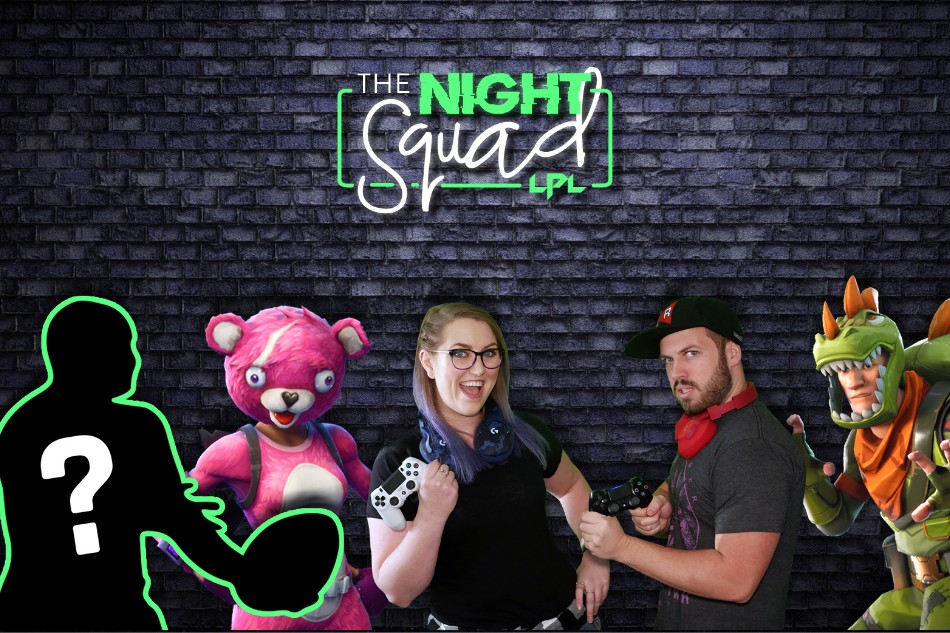 LetsPlay.Live is launching a brand new series on Twitch called "The Night Squad"! It will be hosted by kiwi gaming personality HelloMissPotter and feature celebrities from throughout New Zealand such as sports stars, comedians, musicians and TV personalities.

The celebrities and HelloMissPotter will "squad up" together in Fortnite, which has become a runaway success and requires a large amount of teamwork in what is guaranteed to be an absolute ball of fun. HelloMissPotter (real name Amy Potter) is no stranger to live-streaming gameplay and has been a game reviewer, host and content creator for many years. When talking about "The Night Squad" she said:

“I am incredibly excited to launch The Night Squad to New Zealand! Video games are a huge part of my life, and there is no greater feeling than sharing my passion for this media with others. Gaming is absolutely for everybody, but sometimes it can be misunderstood. It makes me very happy to be able to showcase video games, and entertain an audience that may have never watched someone else play before! The Night Squad is kind of like a radio show, where instead of playing music we play games.”

The show will be streamed live on Wednesday night at 8PM NZST on Twitch.tv/LetsPlayLive with a brand new group of celebrity guests every week squadding up to play some Fortnite. LetsPlay.Live looks to incorporate the live Twitch chat into the show as well as donating to charity:

“The Twitch platform not only allows the audience to watch the gameplay and the players faces, but also facilitates live chat interaction directly with the Night Squad team for audience questions and comments. The show will also be raising money for a charity each week through Twitch's donation functionality.”

The Night Squad will start with it's first season running for 8 weeks beginning next week with guests being announced earlier in the week on LetPlay.Live's FaceBook and Twitter, but it is pretty heavily hinted that the lineup will feature a rugby player.

The Night Squad airs at 8PM NZST on Wednesday, for other timezones see the list below;