Virtus.Pro:
"Right now we're playing at maybe 70 or 65% of our capabilities"

This week YEKINDAR and qikert from Virtus.Pro were kind enough to take some time to chat to us about their campaign at IEM Winter so far, the integration of FL1T into their game-plan, and the language barrier issue with truly showcasing their personalities to the world. 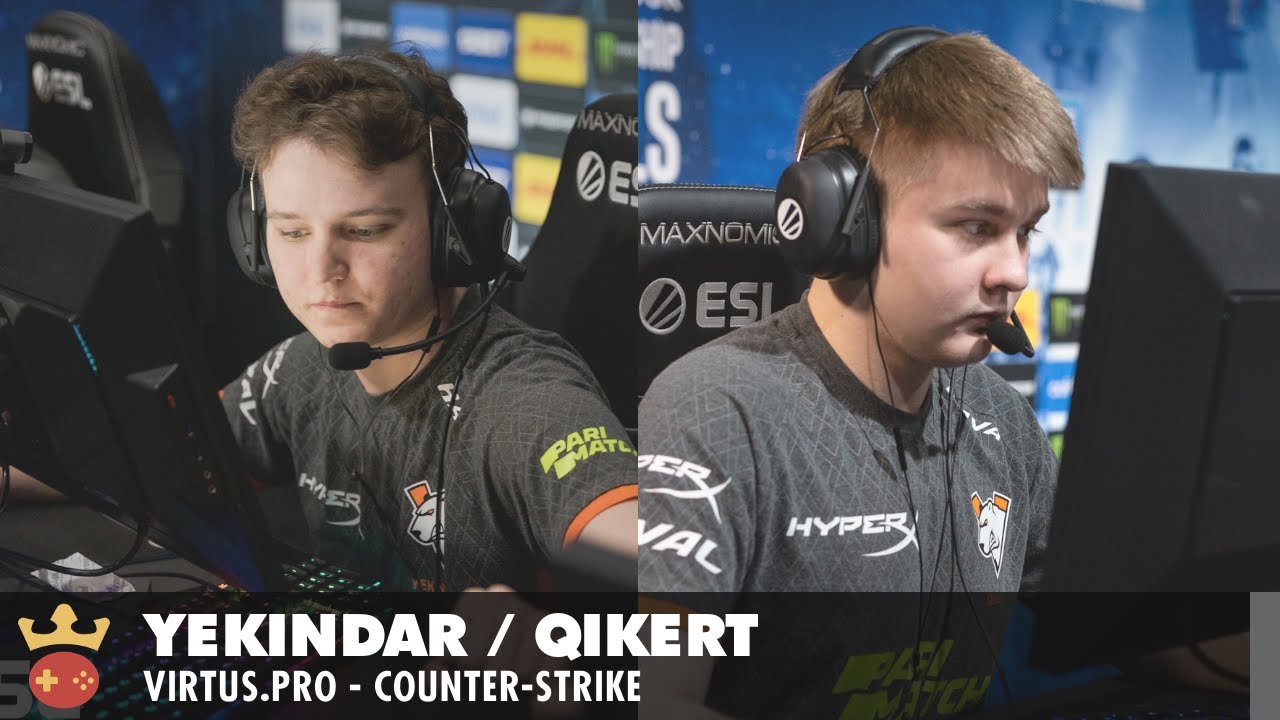 Grady: You guys have had a little while to integrate FL1T into the team now, how's that been going?

YEKINDAR: We finally had time to actually practice for a tournament and even though we haven't integrated FL1T fully, we are in a strong level now. We don't have any weak maps and we're equipped to play any map. Right now we're playing at maybe 70 or 65% of our capabilities with FL1T and we can do a lot more, especially in the near future in the new season. At IEM Winter, I think we're showing a great game.

Grady: What's the biggest change that's happened with the team?

YEKINDAR: I think overall it's not the strategic part of us that changed, since we switched positions and tried new positions on different roles with the new players. When you change the positions, players play different positions differently - when we had SANJI, we had a more passive approach towards it, but when we have players switching up playing a new position, they find a new way to play that position. That's why it's changing, but overall our gameplay is the same as a team.

Grady: You guys made it into the top four teams here. All of the teams seem to have issues other than yourselves, whether that's language, roster, etc. Do you see yourselves as the favorites heading into this playoffs?

YEKINDAR: We do feel like favorites, but obviously we cannot forget that all the teams here are strong, even though they might have stand-in problems, language barriers, new player problems. Vitality maybe even feeling a bit better, they know it's their last tournament and they're giving it their all. We feel that we are capable of winning the tournament, we are not afraid of any opposing team that we are gonna have. We just believe that if we are not cautious, we can lose to any of these teams, so we're just gonna be focused and it doesn't matter what's the problem on their side.

Grady: You've now had a good amount of time since the major, what have you changed coming into this tournament?

qikert: I wouldn't say something changed since the major. We just started playing more practice, started discussing things more, and focus it on some aspects where you need to focus. I think we just improved our team play and some rounds - that's all.

Grady: And do you think coming into this tournament now that you are a better team than you were at the major?

Josh: 2021 has been a really big year for the CIS region. I was just wondering if you guys have any teams or players that you think we should be looking out for in 2022?

YEKINDAR: I think one of the teams is Entropiq and they only showed their capabilities at V4 and the major at the end of this year. If they continue playing like this, they could be having a great year ahead of them. I don't think there are any players, but we will see which players show up in the most unexpected timings. They're really good players, they show up and they just start the streak, so we don't want to say something for the future.

Grady: CSGO is a game of personalities. There's a lot of stars who are that because of how they handle themselves with the media and we've got a bit of a language barrier here with most of the players only speaking Russian. How does that sort of affect the team, that some of them don't get to show their personalities to the world?

YEKINDAR: Yeah, I think there is a problem of the language barrier. All of my team are insane players, insane individuals, and really, really have the brightest personalities, but because of the language barrier, people don't know that. I think in the future it will be possible to know them, maybe with translations throughout interviews, like ESL are starting to do. It's an important part for your media character, but our focus is on our game and success, rather than on the media character.