The Path to Stockholm:
The Spring RMR Recap

With only three chances to earn points leading up to Stockholm, each map matters and only those with consistent top level performances will get to dance with the best of the best once October rolls around.

At last, over a year and a half removed from the 2019 StarLadder Berlin Major and a myriad of delays, cancellations, and overall uncertainty, the road towards the major championship has been laid clear: on the 23rd of October in Stockholm, PGL returns to host the first ever two-million dollar major. To get there, teams will have to play in several Regional Major Rankings (RMR) tournaments against the best teams in their neighbourhoods to earn one of the few qualification slots allotted to each region. 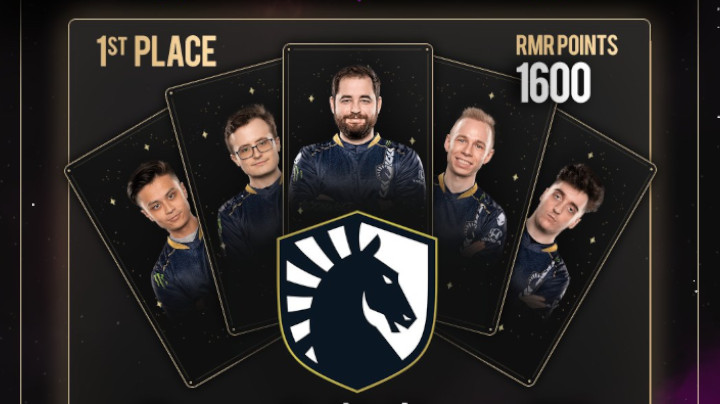 Beyond The Summit is back with the eighth instalment of CS_Summit, hosting North America's first RMR tournament as eight teams compete for NA's five major qualification spots. Immediate upsets across the board would lead to PaiN Gaming topping their group over FURIA Esports and Extra Salt doing the same over Team Liquid. The Bad News Bears and an underperforming Evil Geniuses would be eliminated in groups, setting the stage for a 6-team, double bracket playoffs.

The playoffs saw a return to normalcy, as FURIA and Team Liquid took down Extra Salt and PaiN Gaming respectively, before Team Liquid narrowed out FURIA in a nail biting 3-map series featuring four overtimes. EXTREMUM would also recover after a poor tour in Europe, knocking both Extra Salt and O Plano out of the tournament before finishing 3rd after a loss to FURIA. In the finals, Team Liquid would prevent FURIA from finding vengeance, taking down their Brazilian rivals 3-1 to win the tournament and start on the right foot on their path towards legends status in Stockholm. 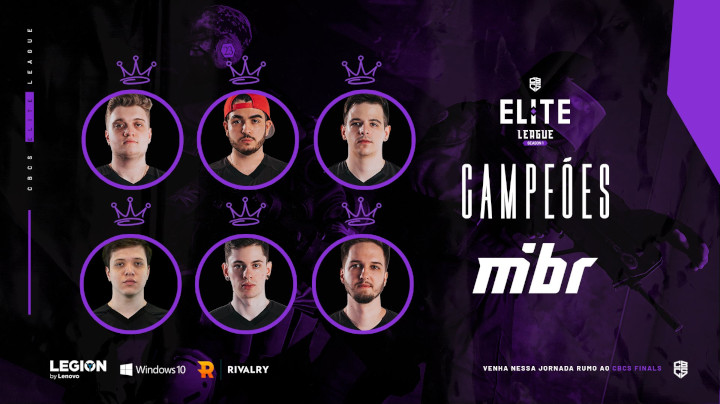 The CBCS Elite League Season 1 was South America's first RMR event, featuring 16 teams fighting for a single slot at the Stockholm major. Controversy was quick to crop up as five (yes, five) teams were disqualified for the tournament for fielding players that are connected to VAC banned accounts. Following this, however, the tournament would play out largely as expected. MIBR — the former BOOM Esports and 2020 South American RMR champions — would lose a game against Sharks Esports in the swiss stage, but quickly got back on track and ran through the playoffs. In the end, they would return the favour to Sharks with a 2-1 victory in the grand finals, establishing an early lead in the race for South America's sole contender's status slot at the major. 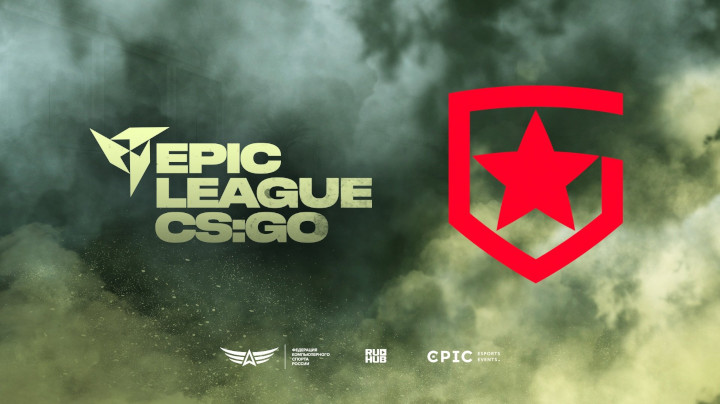 The rise of the CIS region has undoubtedly been the highlight of 2021 thus far, but with only five major qualification spots available, it is vital for these teams to gain as many points as possible at each tournament. Things kicked off at EPIC League CIS 2021 with an exciting swiss stage, as both Virtus.Pro and Gambit Esports narrowly made it to the playoffs with a 3-2 record, while Entropiq took an upset win over Na'Vi and the largely unknown Ukranian squad Akuma surprised everyone, securing a playoff spot with a 3-1 record.

As the playoffs began, Team Spirit dominantly defeated K23 and Gambit Esports knocked Entropiq to the lower bracket in a back-and-forth series, as did Virtus.Pro against forZe. Then Akuma beat Na'Vi 2-0, including a 16-2 clobbering on Mirage. An upset, undoubtedly, but Na'Vi are known for being upset-prone. They would prove that the result was just a fluke by eliminating forZe, while Entropiq edged out K23 in a 2-1 series. In the upper bracket, Gambit made quick work of Team Spirit, with the latter only winning 8 rounds across the two map series.

Then Akuma beat Virtus.Pro 2-0, collecting the scalp of another Top 10 team. Just as suddenly, Na'Vi lost to Team Spirit and were eliminated. Gambit would make quick work of Akuma in a 2-0 series, and Virtus.Pro would take down Team Spirit before ending Akuma's Cinderella story in convincing fashion. In a rematch from IEM Katowice 2021, Gambit Esports and Virtus.Pro would go head-to-head (on the same maps, no less!), with Gambit once again taking the crown and with it the lion's share of RMR points. 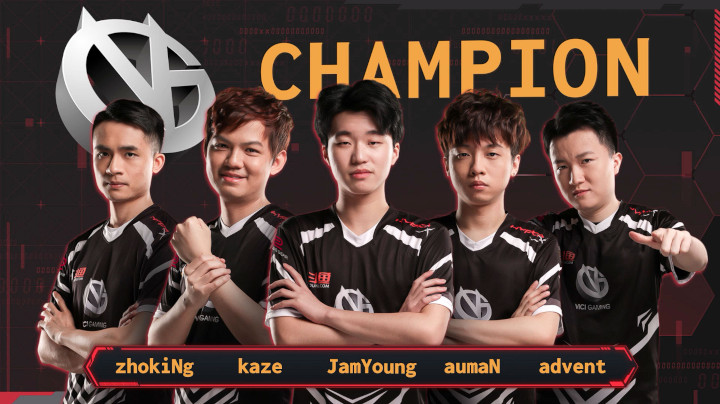 The Asian region has largely been led by two teams, and this RMR tournament would be no different. TYLOO and ViCi Gaming are once again battling for Asia's only major position, and at Perfect World League Season 1, the first shots would be fired. TYLOO would go undefeated in both phases of the group stage, while ViCi would do the same until losing to their chinese rivals in the final group stage game, securing TYLOO's spot in the grand finals. ViCi would swifty pick themselves back up with a 2-0 semifinal win over Invictus Gaming, then swinging back at TYLOO and taking the tournament after a 3-1 victory in the finals. Although TYLOO's performance in 2020's RMR circuit rewarded them with a 100 point head start, the win gave ViCi exactly enough points to leave the two teams in a perfect tie, making Asia's next RMR tournament all the more important. 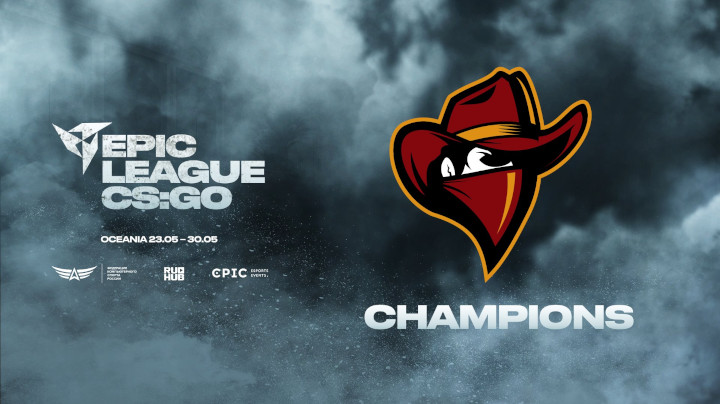 EPIC Oceania Spring League 2021 was the host of the region's first RMR tournament, presenting an 8-team double elimination bracket to decide who gains the early lead in the chase for a single contender's status spot at the major. All eyes were on Renegades, having dominated both 2020's RMR circuit and Oceanic CS as a whole ever since acquiring the former Grayhound Gaming roster. They would win in both the upper bracket quarterfinals and semifinals, before running into ORDER, the only Australian team capable of consistently competitive performances against Renegades. They would have one of those performances here, taking down Renegades 2-0 and advancing to the finals. However, following the trend, Renegades would quickly climb out of the lower bracket with a win against Rooster and return the favor with a 2-0 victory in the grand finals, reaffirming their position at the top of the Aussie mountain. 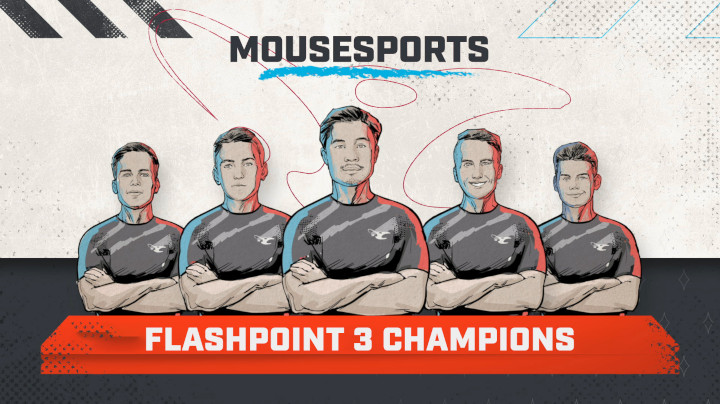 The European RMR tournament, held under the banner of Flashpoint's third season, pitted 16 of Europe's top talents against one-another in a double elimination bracket with eleven major slots on the line, including three direct entries into the new legends stage. The tournament featured no group stage and thus every series mattered immensely, an intense format that saw OG, Fnatic, and FaZe Clan all dropping out of the series after only two series, gaining only 250 RMR points. Reigning major champions Astralis would struggle — by their standards — without Dev1ce, landing in 6th place. The star AWPer would find notable success in his debut with Ninjas in Pyjamas, reaching the grand finals after getting payback against G2 Esports in the lower bracket finals.

However, the clear stars of Flashpoint Season 3 were Mousesports. Led by Australia's own Dexter, the team surprised everyone with their performance, with Frozen and Ropz standing out in particular, topping the event with a 1.35 and 1.30 rating respectively. Additionally, Frozen was crowned MVP of the tournament by HLTV after helping Mousesports run through the upper bracket, defeating Fnatic, BIG, Astralis, G2 Esports and finally Ninjas in Pyjamas to win the tournament with only a single map loss. Although the Ninjas still sit atop Europe's RMR rankings due to their success in 2020, the win is evidence of good things coming Mousesports way after a turbulent year and some bold roster moves.

Unfortunately, it seems that this round of the RMR circuit will be remembered not for the performances put on by the games best players, but for the controversies surrounding the events. The wave of disqualified teams in South America, production and rulebook issues in Europe, and a glaring lack of security measures in the CIS region all show that, ultimately, Valve need to regain control of their sponsored tournaments. The last thing anyone wants, least of all Valve, is to have the much-anticipated major in Stockholm be tainted by poorly ran qualifiers.

If they are able to work out these issues, however, there is a lot to look forward to across all regions. Mousesports have shown us that Europe is anyone's game, and the CIS circuit look to be more competitive than perhaps any major qualifier before. Meanwhile in North America, teams like Extra Salt and O Plano look to disrupt the status quo, while regional rivalries grow in intensity across Oceania, Asia and South America. With the next RMR tournaments set for this summer, it's only a short wait before these teams go toe-to-toe once more!