Fans found the last participant of the spring championship Blast Premier Spring Showdown 2021 on March 30. It was the ambitious American team Extra Salt. The guys headed by Edgar MarKE Maldonado won the final match at the event VENN and now, they will be fighting for 162 thousand US dollars of prize money.

16 esports clubs will determine the strongest one at the brief competition in six April days (April 13-18). Showdown will be hosted online for health security reasons. What should CS:GO fans expect from the upcoming matches?

The unusual lineup of participants

The list of participants looks pretty exotic in 2021. It is worth noticing the guys from the Arabic Emirates MSR, the Swedish team Team Dignitas, and the winners of the section from Latin America 9z. We should recognize the chances of the above-mentioned esports clubs to make a serious impact on the distribution of final places as zero. They have no experience of playing "big matches", which is always important at short tournaments.

All of them will probably be eliminated after the first series of matches but it will be very interesting to follow what surprises the Arabian participants of the competition will prepare. There are regular rumors that the organizers have received a great donation from one of the Arabian sponsors for their participation but there is no direct evidence.

Who are the favorites?

Experts point on three experienced teams among the favorites of the upcoming championship:

Let's try to find out the shape, in which the esports clubs have come to the competition, and the level of their preparation to fight for the grand final.

The start of the season 2021 can't be called acceptable for the Danes. They are considered to be the favorites at almost every tournament, in which they participate, for a reason. But Astralis has been cursed since the victorious December 2020. The last two big championships were unsuccessful for Astralis. They were not able to enter the top four.

They were stopped in the quarterfinals in Katowice by mousesports, having lost 2:1. The serious blow gave the guys the reason to focus. Lucas Andersen announced that his role will be changed on the roster. Previously, he was working only on Nuke instead of one of the partners. Now, Lucas will become a more important part of the club.

Anyway, Astralis plays decently at ESL Pro League Season 13, having achieved four victories in a row. Among them, "the stars" won the confident rematch against Virtus.Pro with a score of 2:0. The level of the team play the Danes have achieved allows us to consider them as the favorites at Showdown 2021.

Having moved to Europe in December 2020, the players adapted to offline well. The Americans performed decently at the big tournament in Katowice where they reached the semi-finals. There, they lost to the above-mentioned Virtus.Pro in a tough battle with a score of 0:2. They earned 80 thousand dollars of prize money, which increased their solid club purse.

After the end of the tournament, the guys went home and had a rest after tiring practices. Having returned, Gabriel Toledo has announced that they are seriously in the mood for the victory at the tournament.

Despite Team Vitality's recent results, which are not pleasant for fans, it is worth expecting a quality breakthrough at Showdown. Due to the fact that the French were extremely unlucky, they lost their rating. But their play was not "zero", they were cooperating well and defending, which had not been mentioned before.

A very little time has left till the start of Showdown and we will find out the names of two lucky teams, which will make it to the Summer Finals, very soon. 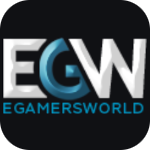 EGamersWorld - All information about esports gaming and industry on the website for gamers.

More from this guest