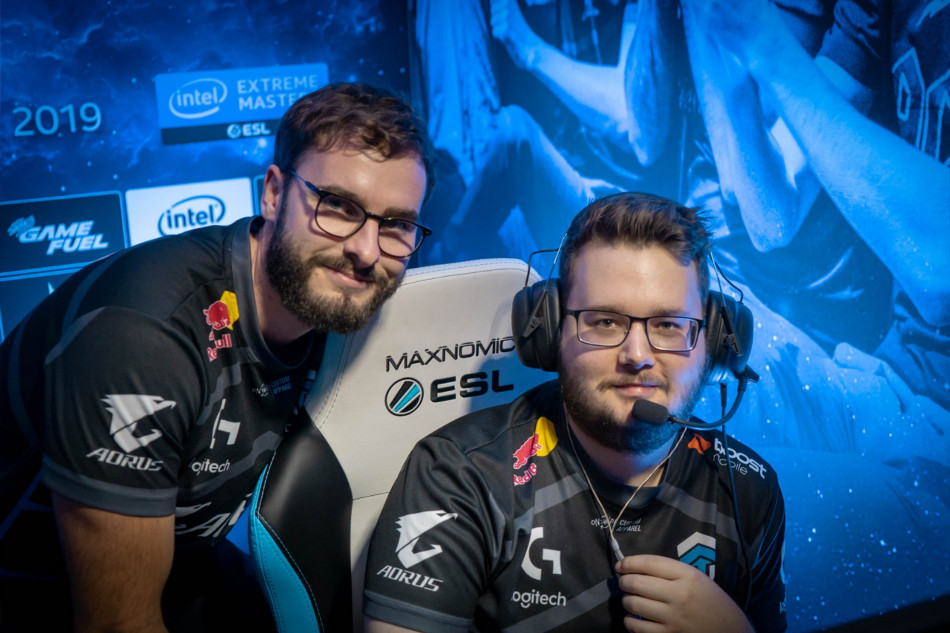 Chiefs zewsy & ofnu:
"We wanted to to start new, start something different"

From the Vault - IEM Sydney 2019. Back when the dynamic Kiwi duo of zewsy & ofnu were both on Chiefs, Grady got some time to sit down and talk to both of them about what happened with Tainted Minds/ICON, how horrible the Australian internet infrastructure is, and the dream of once walking out onto the stage.

Grady: First off, do you guys get to travel very often for international events?

ofnu: Every now and again we get the chance to qualify for international events, recently myself and [zewsy] have been in London and Poland, late last year. We do get around, but a lot of our [events] are based in Australia.

Do you feel like playing in Australia and playing against only the Australian teams over and over, makes you play one sort of style versus when you finally get to play the more international teams?

ofnu: I don't think so, it doesn't dictate our style, but it kind of limits how good we can get. There aren't many teams that will challenge us or show us what we're doing wrong, because we can do the wrong thing and still win. So that's the constant battle of being a team based in this region, it's quite hard to figure out where we're at actually. Until we play a good team and then for all we know, they might just like absolutely dismantle us and everything we're doing is really bad.

zewsy: It's like you're also playing the same teams over and over again, so you have a good read of how every other team is playing. That affects it as well.

You guys are recent additions to the Chiefs roster, how's it been integrating into the team?

zewsy: It's been pretty easy, really. Before when we were in Tainted Minds we weren't really full-time and in this team we've been trying to play full-time. It's something [ofnu] and I have wanted to do for a while and we've just come in pretty easily.

ofnu: It's been a very super easy transition for us to join this team. We've had [tucks] in our team earlier in Tainted minds and then with [Texta] and [BL1TZ] it was a really, really smooth transition. We're a very close group of friends already, it's actually realy good.

Looking at where you guys came from, ICON or formerly Tainted Minds, what happened there? From an outside perspective it seemed like there was a rebrand and then the team exploded.

ofnu: We were just always trying to find a good roster - we found good players, but we as teammates didn't mesh together. So it didn't really matter what aliases were, it just wasn't a good team, then myself and [zewsy] got the chance to join Chiefs. We wanted to to start new, start something different and I think it's been quite good for us so far.

If we look to New Zealand, Let's Play Live trying to start something up there, but before that their wasn't much. Are you aware of much in the New Zealand esports scene?

ofnu: No, not really. Especially for Counter-Strike, I started quite awhile before [zewsy], so I had a to come up in the New Zealand scene playing XLANs and things like that. It was always kind of a stepping stone to get into an Australian team or an Australian competition. Now there's just nothing. There's nothing in New Zealand really for Counter-Strike at least, I don't know about other games. It's a bit of a shame, but I mean at the same time, Australia is right here.

ofnu: Because it's online, there's no real need for a New Zealand scene. It's the same thing as if we lived in Europe and we'd just play where we'd play. It doesn't really matter about New Zealand or Australia because it's just the internet.

The internet ... how was the downgrade?

zewsy: Generally it's quite terrible, you don't even have wifi in the hotels, but luckily ESL look after all the players very well. When we normally come to Australia, we have no wifi or we have to use our phone data. It's a big step backwards from what we've got New Zealand, we're pretty lucky to have such a good infrastructure for internet in New Zealand.

What is it like to play against these top international teams?

ofnu: I think you have to beat good teams to realize that you can. I think from now on it will be easier for us to get better and better because we believe in ourselves a lot more. It is a big confidence boost.

A lot of the teams aren't actually practicing. If the teams were practicing, we will be practicing a bit more. It's been a bit slow,, we thought obviously the great thing about this event is not just playing at the event, but practicing against all of the good teams while they are here. That seems to have taken a bit of a backseat this event, they're not really practicing much, which is quite unfortunate for us.

Have you guys been out there watching the rest of the games?

ofnu: Yeah we watched the mousesports vs. Fnatic game, the first quarter final and that was really cool. It was a bummer to watch the teams come out, it be such a great experience to one day walk out into that venue. The crowd here is just absolutely insane.