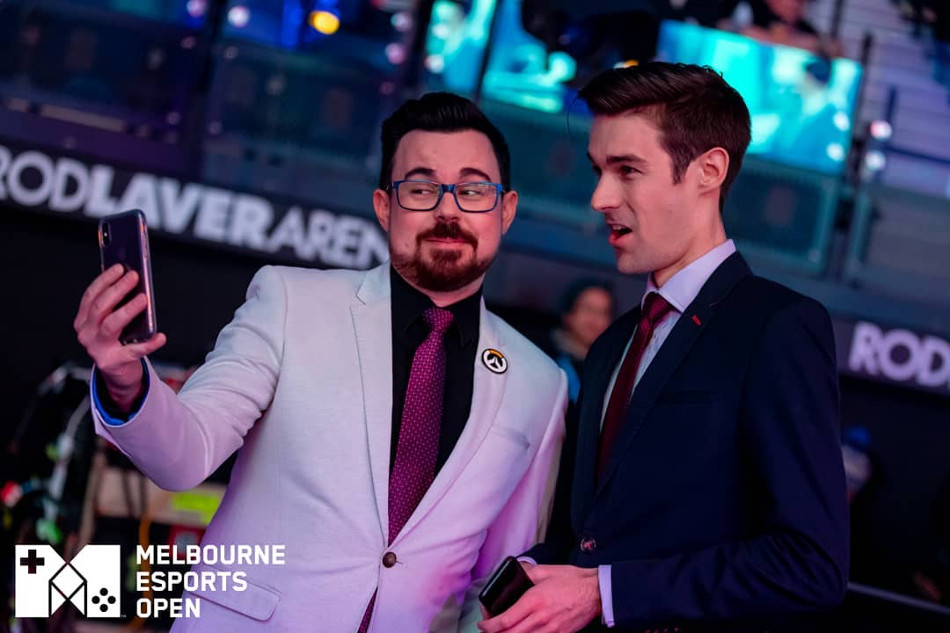 ESL Ben Green:
"[If] HenryG will be up for another shellacking at the hands of Spunj"

After the announcement of IEM Melbourne 2020 we got to have a quick chat with ESL Australia's Head Account Manager, Ben Green. We talked about the motivations of moving away from Sydney, logistics of the IEM Melbourne 2020 group stages and playoffs, and the possibility of a Caches IV show match.

Grady: What was the main motivation of moving IEM away from Sydney?

Ben Green: We have always enjoyed running IEM in Sydney, and the last three years have provided us some incredible esports moments with our world class Aussie crowds inside the epic Qudos Bank Arena. With Valve announcing that in 2020 the month of May would host one of the two yearly Major slots for CS:GO, our regular yearly dates at the beginning of May for IEM were no longer suitable.

The change of dates for the event also provided an opportunity to look at where else in Australia we could share some of the IEM love. Melbourne fans had certainly been very vocal about their desire to experience IEM in their city, and the Victorian government has also been very supportive of the idea, to have a world-class esports tournament in Melbourne. We see it as a win-win for IEM fans - not only will they have the chance to experience a new city, but a much broader range of activities at Australia's biggest weekend of esports, the Melbourne Esports Open. You might be watching one of the world's top teams inside Rod Laver Arena one minute, then hop out to Grand Slam Oval and have a go on a giant obstacle course the next - we think that's pretty cool.

So is Melbourne now the undisputed esports capital of Australia?

Well, we have sold out of IEM Premium tickets in a record time, so it certainly seems that the people of Melbourne are eager to make it known as such.

When can fans expect some news about the group stages of IEM Melbourne?

We are always looking at ways to increase opportunities for fans, but there are a lot of logistical aspects to juggle when it comes to group stages. We hope to have more information in the near future.

The event at Bankstown Sports Club seemed to be well received last year, how was that received within ESL?

We were very happy, both with Bankstown Sports Club as a partner and event venue, and to see CS:GO fans turn up for the viewing parties with what was relatively short notice. It was also great to be able to provide some more opportunities for fans and players to meet at the bonus signing sessions. Group Stage viewing is something we are investigating for this year as well.

With IEM Melbourne being a two-day weekend event, will that mean that the Quarterfinals will not be played on stage?

IEM Melbourne will follow the same format for Saturday and Sunday as Sydney, with Semi Finals Saturday, and then a Show Match and Grand Final on Sunday. The nature of play at the highest competitive level means we wouldn't be seeing these teams play Quarter Finals and Semi Finals on the same day.

What motivated the move to a two-day live finals?

There are a few reasons for this, but with IEM headlining the Melbourne Esports Open for the first time, we wanted to make sure that logistically these events made sense to join together. MEO is a two day event, as was the arena days of IEM Sydney in its first year, so having IEM Melbourne also begin as a two day arena event made sense.

You mention a show match - will we see The Caches IV this year?

I hope so, but that's assuming HenryG will be up for another shellacking at the hands of Spunj and our Aussie CS:GO pros. Guess we will have to see if he's willing to lose for a fourth year in a row.

MEO will feature League of Legends and WarCraft III: Reforged alongside Counter-Strike. Was there any other esports title that you would like to feature at the event?

When looking at events like the Melbourne Esports Open, we always aim to include as many communities as possible. Obviously, a number of logistics need to be considered when deciding what esports and events can be included in any particular year, but there is still more to be announced for 2020!

More Info about IEM Melbourne and the Melbourne Esports Open