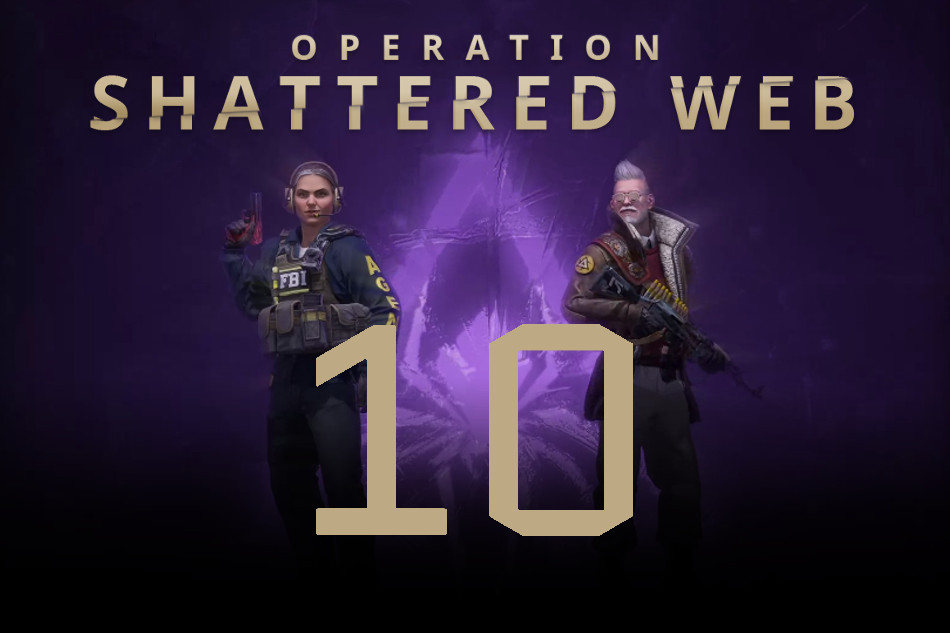 "Raw Athleticism" - We are almost finished with this operation, but the challenges keep coming out. This weeks we have to get Knife Kills in Arms Race, Utility Damage in Competitive, Aces in Wingman, Default Pistol Kills in Deathmatch, and more.

Good luck in your Shattered Web challenges this week!