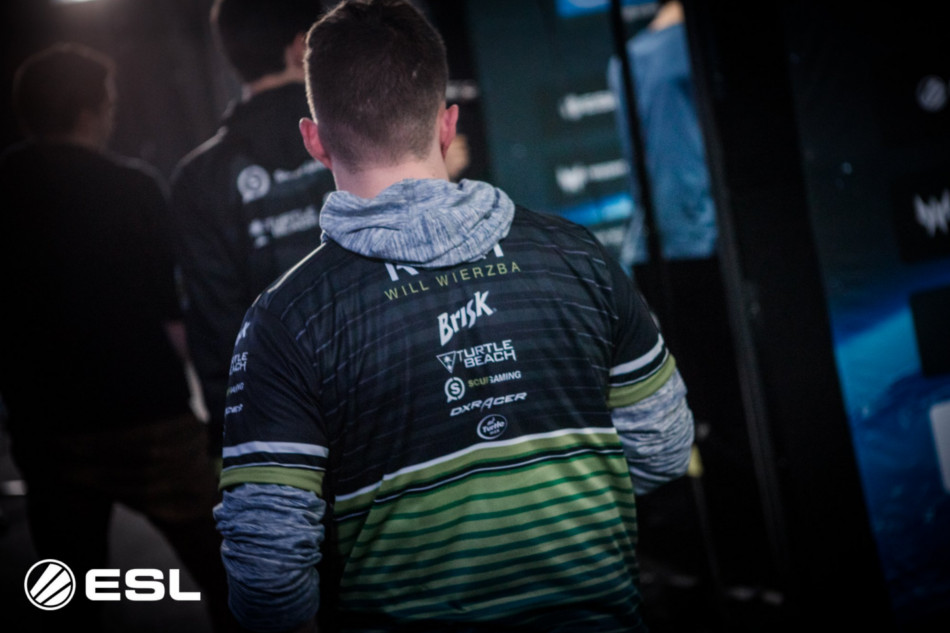 OpTic RUSH:
"Communication is what [hazed] improved the most for us"

From the Vault - IEM Sydney 2017. It was Grady's first event as a journalist and he had the chance to talk to RUSH, who was on OpTic Gaming at that point. They talked about hazed as both a player and coach, their first outing in front of the Australian crowd, and OpTic's uncertain future.

Grady: hey RUSH, was this your first time in Australia?

RUSH: Yeah, it's the first time for all of us to be here, so it's pretty awesome to be here. We had two days off; one day we did a media day, which was Friday, and Tuesday was a day off. We went to downtown Sydney, we saw the Sydney Opera House, went to Darling Harbor and all that stuff, it was really nice.

You guys got to play on the main stage in front of the massive crowd.How does the Australian crowd compare to other crowds that you've played in front of?

I posted this on Instagram - I said it's probably one of the loudest and best crowds I've experienced, I think the only one that comes close is maybe the Barclays Center in New York. The New York crowd is pretty insane, but this one is maybe better, it was actually pretty insane.

If we go back to the group stages, you had to play a bunch of best-of-ones. Do you prefer the best-of-one style or do you prefer jumping into a best-of-three?

I don't think that Swiss Format is good for eight teams, I think it's better for 16 teams. When you have eight teams it's too weird, because you have a two-and-one team play a one-and-two team, which is not really fair. I don't know what they can do, what they did here was not that good, but it wasn't terrible.

You've had some of the local teams and you also had ViCi Gaming as well. Did you guys prepare specifically for any of these teams?

Were you surprised by any of these not-tier-one teams and their performances?

Obviously Chiefs, winning versus North, that was pretty huge upset - one of the biggest upsets of the last few months probably. I was watching it and they played well, it wasn't that North played terribly, Chiefs got eco-d two or three times and they still won, which is pretty good. Pretty insane.

So OpTic as a whole at the moment, you've got hazed, you've got JasonR. Is it easy to play not necessarily knowing what's going on?

Yeah, it's a pretty tough spot we've been in for the last three or four months. Since stanislaw left, we're not sure what we're going to do the whole time. We had Hiko, we had fFREAKZOiD for a couple of days, now we have JasonR and hazed as our coach. For me personally, I'd rather keep hazed as a coach and I'm not sure what we're doing for a fifth. I'm not sure if we're keeping JasonR, I'm not sure if we're trying to find another fifth - we have to have a team talk about it soon, because we are still not sure.

So how has hazed been as a coach?

Hazed has been standing in for this event as a player, how good was he there?

I think he did his job really well actually. Even if you look at his stats, he didn't play amazing, but I think with the situation he was given; not many days to practice with us, him being a coach, and not playing professionally for like four or five months. I think he did a great job.

OpTic as a whole with the uncertain future at the moment. When you guys fly back, what is the first thing you guys are going to do?

Our main focus is to qualify for ESL Pro League, we play CLG and compLexity. Those are very important games because we want to qualify for the Dallas LAN. After that it's even more important, it's the major qualifier and ESL One Cologne. That's what's up next for us.

All right, thanks for talking man.

There is a bit of content coming up that Grady found and has dug out from the vault. Stay tuned for more lost content form the last 3 years.

Header image thanks to ESL/Helena Kristiansson