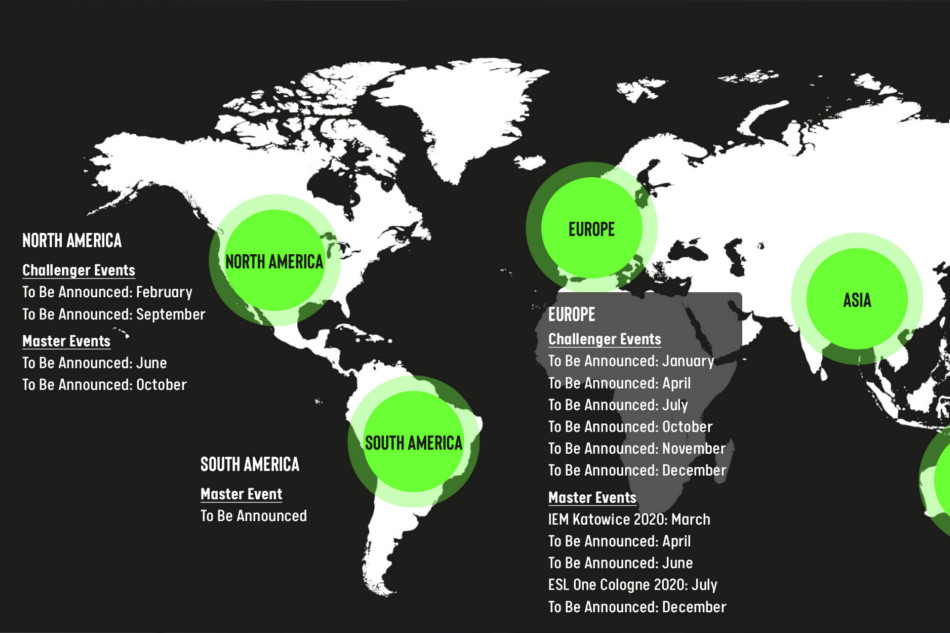 Thanks to a hidden image on the ESL Pro Tour website and a few extra pieces of hidden information, we know the locations for every single ESL Pro Tour event in 2020. Images, proof, and all of the details are inside!

Esports Kingdom reached out to ESL for comment on Sunday night. Since then, the hidden elements have been removed from the webpages, but as of time of publication ESL haven't confirmed or denied the accuracy and have not provided comment on the matter.

If ESL provide further comment, we will amend the article to reflect that.

This hidden image shows the continental location of every Challenger-level and Masters-level event in the ESL Pro Tour for 2020. If we combine this information and the information we discussed in an article we posted a few days ago about the ESL Pro Tour schedule, along with some extra inferences - we get an almost complete picture of the ESL Pro Tour 2020.

Anything in italics is speculation on my part