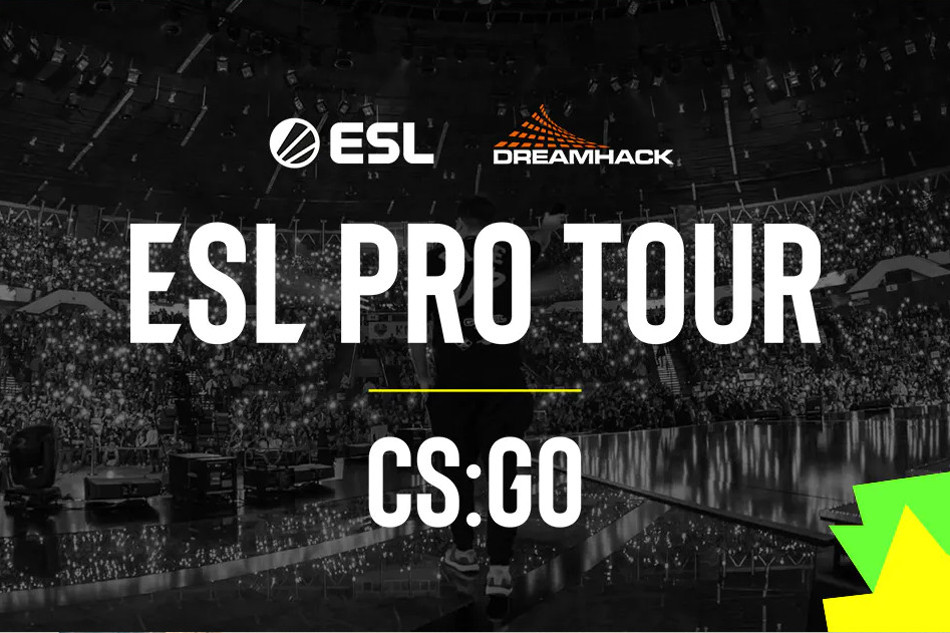 Did we figure out the entire ESL Pro Tour schedule?

Back in September, ESL announced their Pro Tour with a bunch of information and fancy graphics, but with recent announcements like DreamHack Masters Jönköping and the entire Dreamhack Open circuit - we think we have figured out what every single one of the 2020 events is! 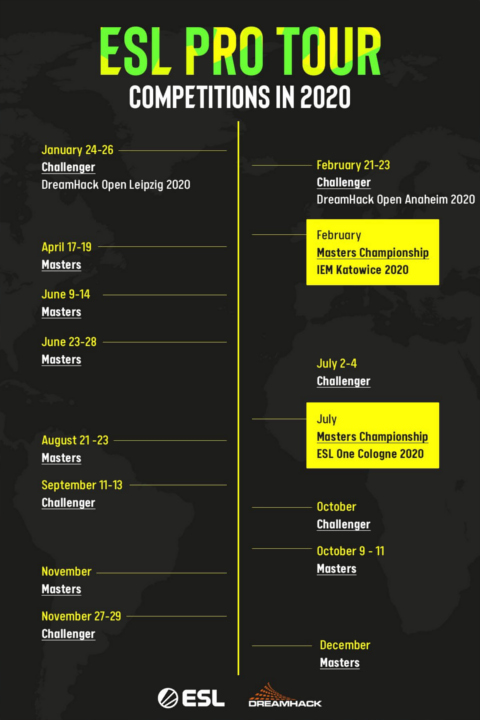 For reference, this is the graphic we are basing most of our information on

ESL announced these along with the graphics and we know it will be IEM Katowice and ESL One Cologne.

Recently DreamHack announced their entire Open Circuit, which takes a huge chunk out of our graphic above. The DreamHack Open tournaments are classed as Challengers tournaments in the ESL Pro Tour. Here is a list of the events:

There is some omissions towards the end with Sevilla missing entirely and both Rotterdam and Hyderabad listed under one inexact date - but I am going to class that as uncertainty back in September about exact dates.

This morning one of the last pieces of the puzzle felt into place as Dreamhack announced their Dreamhack Masters event (not be confused with ESL Pro Tour Masters-level tournaments) June event will take place in Jönköping.

One thing we know is that ESL will usually run two ESL Pro League seasons in a year and that they usually end towards the middle of the year and the end of the year. There was two prime 5-day Masters event slots on the graphic that fitted perfectly with previous years timings (with the later-than-usual Spring major taken into account) for the Season 11 and Season 12 finals.

Based on past events Season 12 is probably going to be based out of Odense in Denmark, while Season 11 is likely to be held in the United States.

We know that the Autumn Major will be running from November 2nd until November 15th and that DreamHack Open Winter will be starting on November 27. There isn't a lot of time in the middle of those two events for ESL to run a Masters-level tournament. Previously there was rumors swirling around about DreamHack hosting the Spring major, but what if they were about the wrong major?

The ESL One Rio tournament was announced earlier this week and doesn't appear on this chart? That is because if ESL had placed any event in May, it would have been obvious as to the fact they were hosting the Spring Major.

There are two different types of Masters events on this graphic; Those that last a total of 3-days and those that last a total of 5-days. So far all the Major-level events we have listed have taken up the 5-day event slots (DreamHack Masters, ESL Pro League, and ESL One). There is only one other tournament branch that are counted as Major-level in the ESL Pro Tour and that is Intel Extreme Masters.

This leaves the last 3 slots in April, August, and October to be filled by IEM events. In years previous we have had one event in the United States, one event in China, and one event in Sydney. We know that Sydney will not be in it's usual timeslot and I kinda expect the event move to Melbourne - because another ESL-hosted event, called MEO, is hosted in Late August/Early September which lines up with IEM Event #3.

Keep an eye out to the IEM twitter page, because I would expect IEM April (IEM Event #2) to be announced either this month or early next. 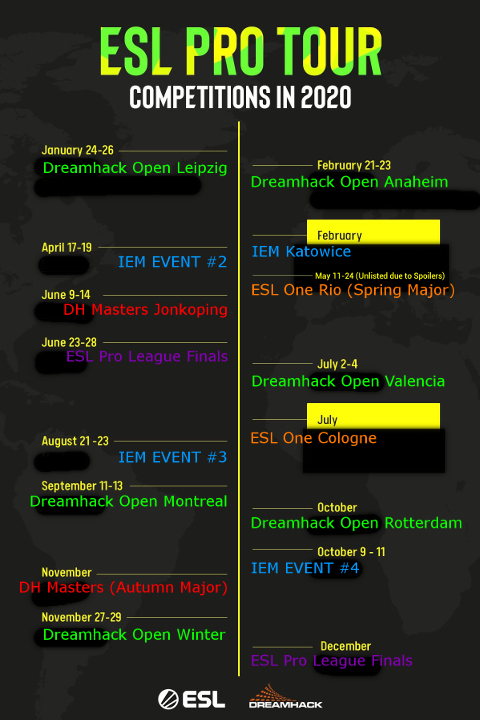 Are we wrong? Probably, but I think we are pretty damn close to what will eventually be announced.