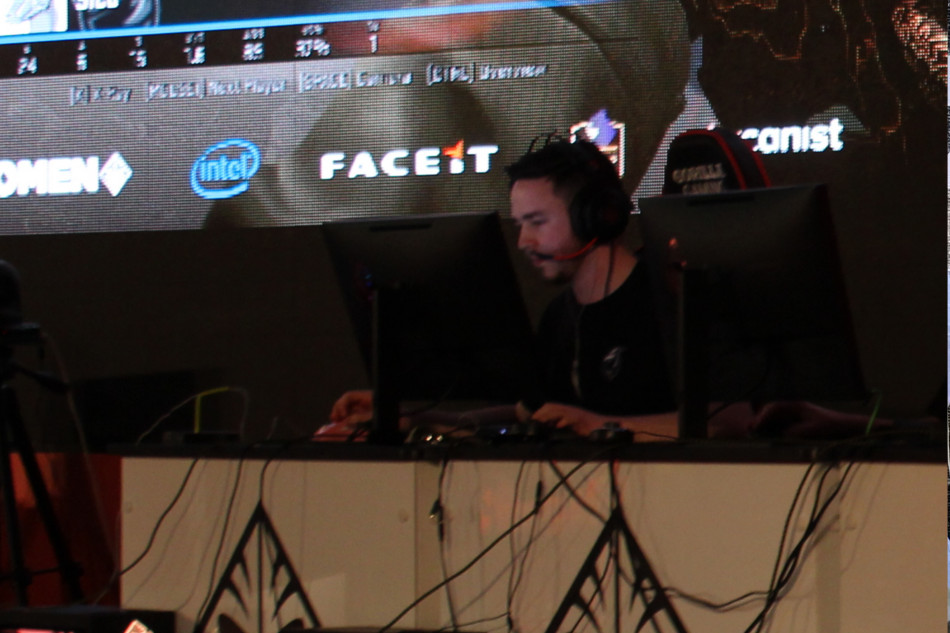 Grayhound Gaming won the Oceania Qualifier for the OMEN Challenger Series 2019 and that means they will be heading to Jakarta for the finals. Right after their win we got to talk to malta about bringing in INS to replace erkaSt, what losing NeiL_Mcs means, and their eXTREMESLAND experience with whitegurlwasted.

Grady: Congratulations on your win here. Coming into this tournament, it's against Australian teams that you guys know pretty well at this point. Is there any specific preparation to go against them or is it just - we already know them, we're just going to play our game.

malta: Yeah, we already know them, we already know that we've been consistently the best team, so we are coming in and with a bit of confidence and we're just confident in our own game. We just play our own game, don't really adapt too much to them. We know how they like to play certain things, so we're a little bit more aware of things like that, but not really a whole lot of work.

Coming here from the major, there's been a couple of changes within the team. With erkaSt stepping out and INS stepping in, it seems as though Grayhound didn't skip a beat.

Back when I played with [INS] in Chiefs he was a pretty stellar player and then coming in here, his English is slightly better than erkaSt's and they're probably pretty equal players - erkaSt is a really good player, but Josh is insane as well. It's really super easy to slot him in and he plays all the roles that erkaSt does, so we've had a really seamless transition pretty much. It didn't really stop us.

You guys also lost NeiL_Mcs and are no longer playing with a coach. How's that playing out?

Personally Neil wasn't the kind of coach that I want for the team, he's more of like a hype man, he didn't really do a lot of the behind the scenes stuff. dexter does a lot of like analytic work, but the coach we're looking for would be taking those duties off dexter because it puts a lot of stress on him. He kinda just wants to play and just in-game lead, he doesn't want to have to do all the out of game stuff.

Hopefully we can find a coach who is looking to do all the analytic work, so if anyone reads this and is a coach - message Chris (dexter).

At the moment in the Australian scene, if we completely discount Renegades, it seems like it's you guys and then a massive jump with the rest of the guys. Is that how it feels as well?

Yeah, but I feel like on the day we can lose anyone. They're all really good players and no one in my team has more experience than anyone on any other team - duration playing the game experience - obviously we have a lot of overseas experience, learning from the Euros. These are all good players, they're all confident, they're not going to cake on LAN or anything like that. On any day they can beat us, so we still need to play our a-game to take them out.

That said, we are very confident because of that international experience, coming over here it's like a lot easier to read the game now for us. We find what they're doing, how they're rotating, and stuff like that, they don't hide it as well as Europeans do. That's the aspect that we found a lot easier, but individually they're all like really good players.

For your first game here this weekend, one of the players unfortunately was not able to make it to the LAN and there was a bit of a technical delay. Does that throw you guys off at all having to wait an hour and a half?

I think if you just sit at the PC and you just play the game, that's when you will burn out because you've been playing for three hours. We just get up, walk around and chat, it's pretty good cause we're all mates so you can just have a good time. I feel like it might've cooked them more than it cooked us because we're a little used to it, we have our ways to not get fried.

It was because one of their players was incredibly sick, so it's fine, if it was something else you'd be a little bit less understanding. It's hard for him, if you can't make the travel and they still wanna play the LAN, you've got to give them the chance. It's pretty bad for the other four guys if they don't get to play because one guy has to stay home, so it's worth the wait.

Last weekend you played at eXTREMESLAND. What was the mentality going into that knowing that all of the teams were clashing with ESL Pro League?

Yeah, it was pretty scuffed. We found out the ESL dates clashed when we're at the airport ready to go to Sydney and we were just like "do we even go?", what's the point if like if we're just going to have to cancel on it any way and not go. We said "That's actually pretty dog if we do that" so we were definitely gonna go, but I think all the teams were a little bit like "Eh, whatever". If we win, we win and if not, we're gonna forfeit anyways. We're hoping there's still a chance that they might somehow change dates, something might work out. Fingers crossed with that, but we might end up just missing it. It was still fun to see all the other teams that we hadn't seen him in awhile, because we haven't been to ESL LANs or anything like that, it was good to catch up with them and just say hey to some friends.

You also went into the final game of that qualifier with a stand-in, in place of DickStacy. How did that sort of substitution come about?

He told us he had some family stuff he had to go deal with, he got a call after we won our game and he's like, "Oh boys, since it's just the seeding match tomorrow, are we alright to just forfeit that one and I'll just go deal with this stuff" and then we told ZOWIE that we would just forfeit because we had a player go and they were pretty determined that we play the game.

We asked if we could use a substitute and they said that's fine, then Ash (whitegurlwasted) was an admin at the event and we said "You're here anyway, do you want to just play, it'll be fine" and then she was like "Yeah, why not? That'll be a good laugh" and then ended up winning somehow. I think both ORDER and us were just having a bit of a laugh, no one really cared too much about the seeding match, so it was just a fun game. It was good for her to have a bit of a laugh as well, I think she enjoyed herself.