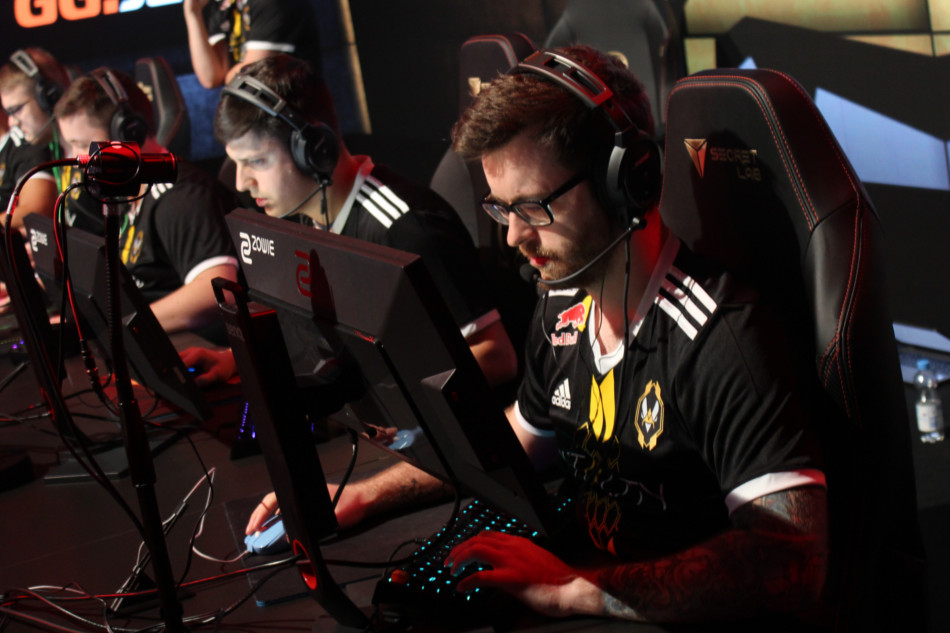 Vitality NBK-:
"We need to keep ourselves out of our comfort zone"

Back in the New Legends stage, right after Team Vitality secured their top 8 and playoff spot, Grady had a chat to NBK-. They talked about the rocky start in New Challengers, whether they are the #2 in the world, and playing with ZywOo.

Grady: First off, let's look back at the last stage. It was a bit of a rocky start, how did you guys bounce back from that coming into this stage?

NBK-: It's hard to answer this question because I don't even know myself. We just had a chill day, we went to an escape room, had some fun and we just came back fired up.

I think it was down to some individuals in the team, like apEX, that have to bring firepower constantly as that's kind of his role in the team. He did that much more now in this second stage and we had the whole team be more in it for some reason. Pretty obviously, you're getting hyped up when you're in it, but I think that helped us.

Do you know what went wrong in that first stage against DreamEaters and Syman?

First off, I think they both played well and we were not up to our standards. Against Syman everything was off. They just took control of the game by pushing and being so aggressive constantly and we did not answer them properly by headshotting and killing them. It's as simple as that.

For DreamEaters, it was just down to some key rounds that we lost that we shouldn't have or that we should have won. I don't think it goes much further than that. At that point, especially in the Major, it is hard to be super consistent and never lose. [Liquid] are 1-2 right now, so anything can happen.

Coming into this tournament, Vitality were #2 in the rankings. Do you feel that there was added pressure on you?

Maybe there was for the first stage, yeah. We were the clear favourites by far in that stage, so it probably added to the pressure or at least made us feel more comfortable than we should have been. We need to keep ourselves out of our comfort zone because that's when we're going to start playing worse and taking things easy thinking we've won already. We need to put ourselves in situations where we need to prove everything, no matter what, all the time. If we can do that every game, that's when we're going to perform, be good and not lose, then have a good string of tournaments.

It's not easy, because even on a day-to-day basis, it's hard to stay out of your comfort zone. You have to re-embrace it and start loving it. We need to start doing it just in-game and keep improving and then we will be able to perform constantly.

In your opinion, after today, do you still think you're #2 in the world?

I think we're in the top five range. It's hard right now to make a clear ranking, especially at a Major. Teams are beating everybody all the time. I always work with ranges in that sense, except for the first half of the year when it was pretty clearly Liquid, then us. Now I think it's a bit more scrambled up. So I think we're in the top five, top three range. As long as we stay in that corner, it's fine because if you're at that level on a good day, you can win any tournament, while a bad day means you make a semifinal or quarters every tournament. It's hard to win every tournament like Liquid did as you need to have everything clicking together.

Looking forward to the next stages, is there anyone there you're most worried about or are you fine going up against anyone?

To be honest, I think NRG right now are the best team in the tournament, however I think those four, five days of rest are gonna hurt them. It's something that happens when you're going through this long of a tournament, it's hard to keep yourself in it and come back with the same fire.

They've looked the best, but I think they're going to drop a little in form. [The gap] is also going to be good for them as they get to analyse everyone else. They're a team I'm pretty worried about because they're coming in intense with that honeymoon period.

Teams like G2, I've never really liked playing against them because it's a French derby and it's a bit more random than other games.

Those are the two teams, and Liquid as they can always pop off and we have a little rivalry now, I'm mostly concerned about.

When you look at a player like ZywOo, do you see a lot of your younger self in him?

Some people said that to me, however, I don't know about it myself because my memory doesn't go that far back! *laughs* There have been so many things in Counter-Strike so I don't really remember my first two years playing CS, just brief memories. I enjoyed the atmosphere, that's all I can remember.

Next to that, he's his own self. If people compare him to me, good for me because I was pretty good back then, but it was a different competition. When I was playing, I faced teams that were playing worse than it is now. ZywOo is now doing it against anybody.

What made my career great was my adaptability where I could just switch roles and be available for the team constantly, so it depends on his next step and what he can do if he has to switch role or change something, if he has downtime, can he climb back up. That's going to be the most important part because he has the talent, he has the skill. I'm looking forward to seeing what he's able to do.

Thank you, no problem.