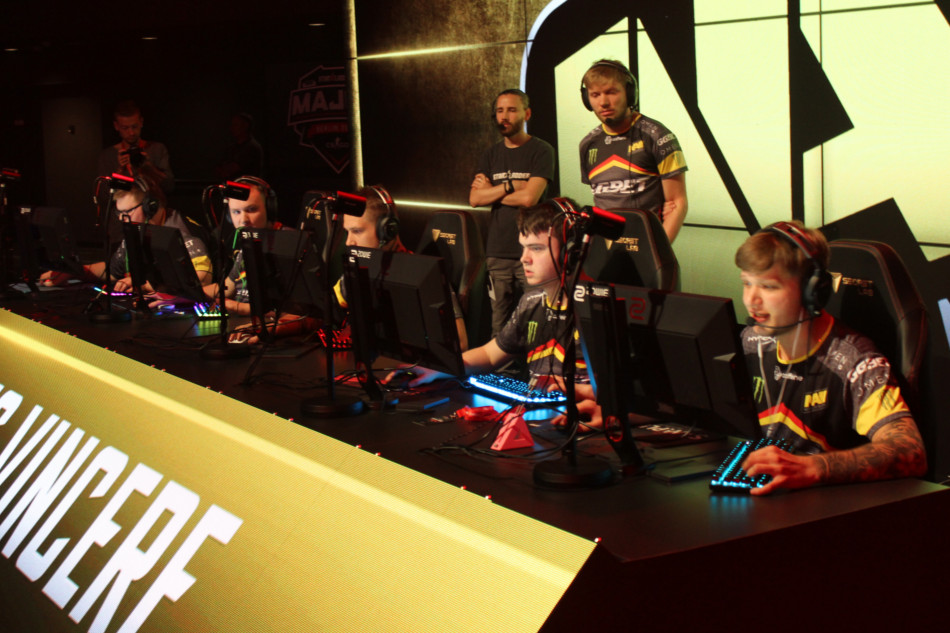 NaVi Boombl4:
"It is a new chapter for me, a new role, new friends, new team"

Natus Vincere just dispatched MIBR in an elimination match after shockingly dropping down to 1-2. We talk to Boombl4 about what went wrong in the early games, his feeling joining NaVi, and playing against teams from your own region.

Grady: Coming into the major, you had a couple of rough games go into overtime and ultimately fall the other way. What's NaVi taken from those losses?

Boombl4: We are fixing just our mistakes on the maps. It's feeling really bad, because you're 1-2 and you lost two best-of-ones. I feel like if we play best-of-free versus mousesports and G2, we can easily beat them. [The loses] were best-of-ones, so no one was tiled, we are just fixing our mistakes and preparing for the best-of-threes now. We are showing what we can do now, we beat MIBR 2-0 now, so I think we can do it tomorrow as well.

Those games were against teams that have come through the Challenges Stage. Do you think there's an advantage to already playing rather than coming in cold?

I don't think so, it's not a big advantage. You can come here early and play pracs if you are a new team, maybe jet-lag, but it's Germany - maybe for Americans, but for us I don't think so.

You've come into NaVi, how do you feel in the team?

When I got the invite from NaVi, I was really shocked. I was playing in WinStrike and we had the CIS Minor in one month and if I leave, I am the captain. I felt really bad because my team was without a captain at CIS Minor, but on the other side you can join the best team in CIS. I just did the right choice for me and went to the best team. I was feeling happy and nervous a little bit because it's a new chapter for me, a new role, new friends, new team - one month ago I was really nervous, but right now I'm feeling great.

When the same regions playing versus each other, like NRG against Liquid; it's a country-battle, a derby. It's the same for us, we were playing versus DreamEaters and we were feeling confident.

Manager Ugin: It's a bit tricky because they know how to play against us, but we feel that we are better and feel confident. We just play our game.