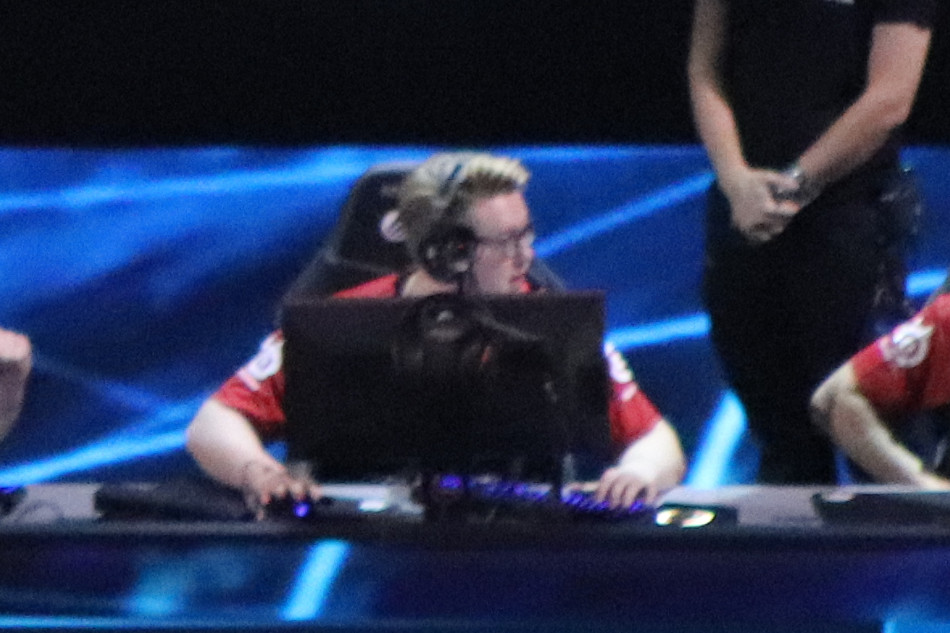 For our first interview of the IEM Katowice 2019 Major, Jamie sat down with Håvard ‘rain’ Nygaard of FaZe Clan to discuss the Major, the team, and the upcoming schedule.

Jamie: Jamie Wert here with rain from FaZe. So how are you doing today?

FaZe Rain: Better today than yesterday, that's for sure. Hard loss versus NaVi, we definitely feel, all of us feel, that we should have won the first game. I don't think we adjusted early enough to how their banana control as T was and that lost us the game pretty much.

Going back to January of last year. You guys have traded a lot of sweeps back and forth with NaVi. Two of the seven best-of-threes went to the decider map, but the other five were traded back and forth. Is this a momentum thing that leads to these sweeps or something else you think?

I don't know actually, what happens versus NaVi. Everybody in the team is comfortable playing them because we know how they play. Their playstyle is readable in a way, but it's also so annoying to play versus because they have all these heavy hitters like electronic, flamie and s1mple that can always change the round for them and I think that's what they rely on a lot.

They definitely have people who could just go off at any time, which really changes the way you have to play around them versus other teams, doesn't it?

Yeah, it does. Same for our team as well - we have a lot of players that can go off at anytime. I don't know, NaVi is a great team, they have a great in-game leader in Zeus as well. So how they play versus us yesterday, especially Mirage, was really annoying and yeah they won.

They have very different styles when it comes to in-game leading. karrigan was more loose and let people do whatever they want, NiKo is more a of a strict one - he wants things to be played out this way and this way, which is good. They're both good ways, I think we just need to figure out how to do it. karrigan was the first in-game leader that I played with, on a personal level, and for me I always wanted to do stuff. I was an aggressive player and I always want to to go for my own pushes whenever the f--k I want. Right now it's a little bit like if I say something that they think is a little stupid - don't go. I think I just have to get used to it.

Is he open to asking or is it very strict?

He's open for it. It just depends on what kind of round it is. If it's a reset round for us or if he's telling me to push, he just thinks about a lot of stuff that other people don't.

With more changes, you also have added AdreN. How has integrating him into the team been? Just adjusting to the new play style.

AdreN is a super smart player and he knows the game a lot, he has a really good game sense; when to push, when to not push and all that stuff. The only thing that he has to work on is the English part because it's always hard for new people. I've played with a lot of people that just came from speaking no English to English. Just in Kinguin when I had ScreaM and fox and they had the same problem, but I think if he just figures out that part he can fit in really good. I think he does as a person and as a player as well.

Have there been changes to the way you guys call certain spots in the map? or just teaching him what these spots are and how you guys refer to them?

It's mostly just teaching him about the spots we have and then he also came up with some new names for spots we didn't have names for and we liked some of them. Other than that it's just he is learning what we have.

How do you guys feel about your map pool? Do you feel more confident in recent tournaments on certain maps than you have in the past? or is it really sticking with your traditional picks?

Right now our map pool is kind of weird, 'cause I felt mirage was our best map before, then we come into this tournament and we struggle; we lose versus AVANGAR, versus NaVi now, and it feels like one of her worst maps suddenly. We play every map now, so I don't know if that has something to do with some of the other maps getting a bit weaker. We just have to keep working on it. I feel like our map pool is strong, we can play versus anyone.

You guys, like you said, had a bit of a rough start in the Legends Stage. How did you manage to refocus and just grind through those last two best-of-threes?

We knew if the best-of-threes came we could easily come back from this. We were really prepared for this tournament. We had a bootcamp, really strict, played every day, 10 or 12 hours, everyone. So we were super prepared individually and we had good efficient practices. So we knew we could come back, if we just managed to get the grind.

It's a little easier to take the wins in a best-of-three than it is the possibility of losing a fluky best-of-one. They were pretty close matches as well, the best-of-threes, even the sweep against Cloud9 was, I hate to say, a close sweep, but they were close.

You guys definitely showed you belonged. You're FaZe, you guys have been here before. Where do you go from here? How do you set up for your next tournament?

I was going to take some days off to relax because it's been a long grind for three weeks straight and we just play, play, play every day. So the first thing I'm going to do when I go home is play some Apex Legends (laughs) Try it out because I've been waiting to play, I haven't played anything at all but Counter-Strike and I've been watching streams of everybody playing it. So I've been waiting to come home now and say "Okay, relax now". Then probably in three or four days we start practicing again and then we have São Paulo at the end of March, just start grinding again.

With BLAST Pro coming up, how do you like that format? It's definitely different considering the best-of-ones, and only on two days.

I don't like the format at all, just feels like playing a homemade tournament. It's nice to be in the crowd and everything, everybody gets to play on the stage. We can play on stage and there's another game going on at the same time and we just hear the crowd going off about something completely else and it just messes a little bit with your mind, like "Is somebody behind me with a f--king knife" or what's happening. I like the ESL system, all the old systems, I feel like it's way better than the BLAST Pro Series, but I've told them already what we don't like, and it's your format, but they're insisting on having it.

Thank you very much, I hope you guys achieve a little bit more success at BLAST Pro and go get some rest and relaxation. Thank you again.