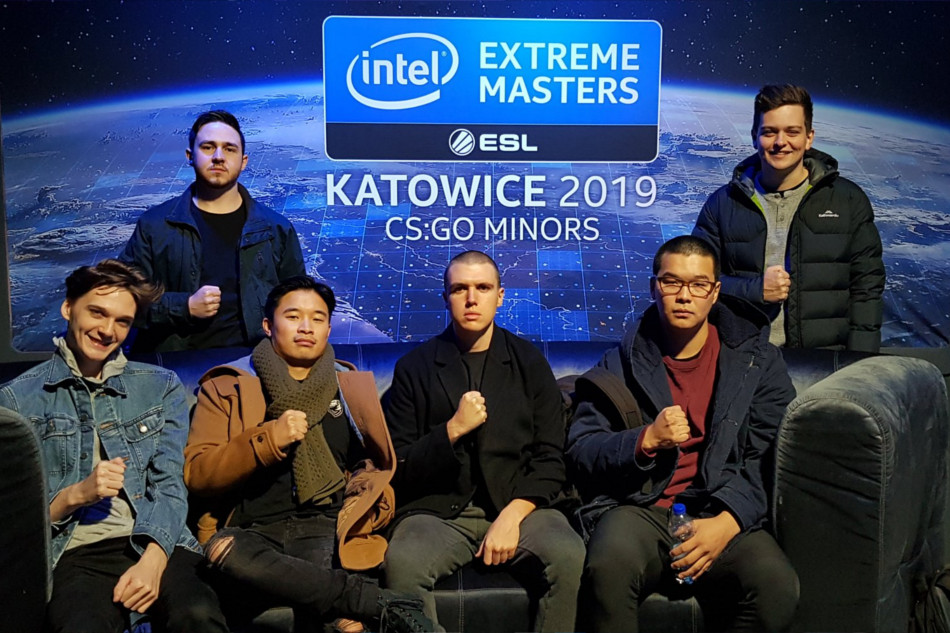 Back to the Asia Minor Championship, we continue with another team from Australia and New Zealand, Grayhound Gaming. The team only had one significant change between London and Katowice.

Grayhound Gaming received a direct invite to the Oceania Minor, skipping the Oceania Open Qualifiers. In their first match, they were met with Trident Esports. Grayhound quickly swept them 5-16 on Cache and 3-16 on Mirage, advancing to the Qualifier Semifinals.

In the Semis, they faced a familiar foe, ORDER Gaming. ORDER knocked them out in the OCE Closed Qualifier Quarterfinals for the FACEIT London Major. ORDER won the first map, Inferno, 16-9, but Grayhound bounced back to take Dust II 7-16. The deciding map was Nuke, and Grayhound managed to squeak out a 14-16 win behind a 2-13 first half on CT side. This secured the match win 1-2, placed them in the Winners' Final, and allowed them to shake off some old demons in the process.

In the Winners' Final, Grayhound got to face their former AWPer and his new team, Renegades. On Overpass, the first map, they took a 7-8 halftime lead and managed to hold on for a 13-16 lead. Map 2 was Cache, and the scores were perfectly reversed with Renegades taking a 8-7 halftime lead and winning 16-13 to tie the series at one win each. Just like in the semifinal, the decider was close, but this time it was on Mirage. Despite going down 10-5 at half, Grayhound battled back to send the map to Overtime where they took the map 17-19, and the match 1-2. The win clinched their spot in the Group Stage at the Asia Minor Championship.

Grayhound and Renegades would see more of each other in Groups though, as both teams were placed in Group A alongside CyberZen and Aequus Club. Grayhounds drew CyberZen for their first match and never really struggled as they won 16-10 on Overpass.

In the Winners' Match of Group A, Grayhound got to face off with Renegades again. Map 1, Cache, despite being close, went in favor of Renegades, 16-14. The second map was Mirage, and, like the decider in the Closed Qualifier, it went to overtime. This time though, Renegades would win 19-17, sweeping the series and sending Grayhound to the Group A Decider Match.

In the Decider Match, CyberZen got a chance to avenge their previous loss to Grayhound. This didn't seem to interest Grayhound though, and they took an early lead, winning 16-12 on Overpass. CZ fought back into the match, winning Inferno 14-16, and sent the Decider Match into the deciding map of Mirage. On Mirage, Grayhound again showed that a steady pace can win the match, taking the map 16-12 and advancing to the playoffs as Group A's second seed.

Grayhound's UB Semifinal opponent was Group B's winner and South Korea's last hope, MVP PK. The Koreans managed to comfortably win Nuke 16-9. Playing from behind Grayhound managed to bounce back to win Cache and Dust II by identical 8-16 scorelines. The 1-2 match win opened the way to the Upper Bracket Final, and a rubber-match with Renegades.

In the Final, the rematch with Renegades seemed almost inevitable. Grayhound didn't let Renegades get off to a strong start this time, dominating Inferno 6-16. Renegades seemed to be prepared for this punch though, and bounced back to take Mirage 16-11. The decider was Cache, and like both previous matches, Renegades was the better team on Cache, winning 16-13. This gave Renegades the match 2-1, and sent Grayhound into the Lower Bracket to fight for their tournament lives.

In the Lower Bracket Final, Grayhound would face the majority Chinese squad of ViCi Gaming. Just like in the UB Semifinal, Grayhound came out of the gate flat, losing 6-16 on Overpass. However, they reversed that scoreline on Mirage, winning 16-6, and sending the match to Dust II. On Dust II ViCi took a strong 6-9 first half lead, but Grayhound never gave up. They won 10 rounds in the second half to win 16-13, take the match 2-1, and secure their spot at the IEM Katowice Major Challenger's Stage.

EDITOR'S NOTE: AND MAKING THE SECOND KIWI TO PARTICIPATE IN A VALVE MAJOR!!!!!!!!!!!