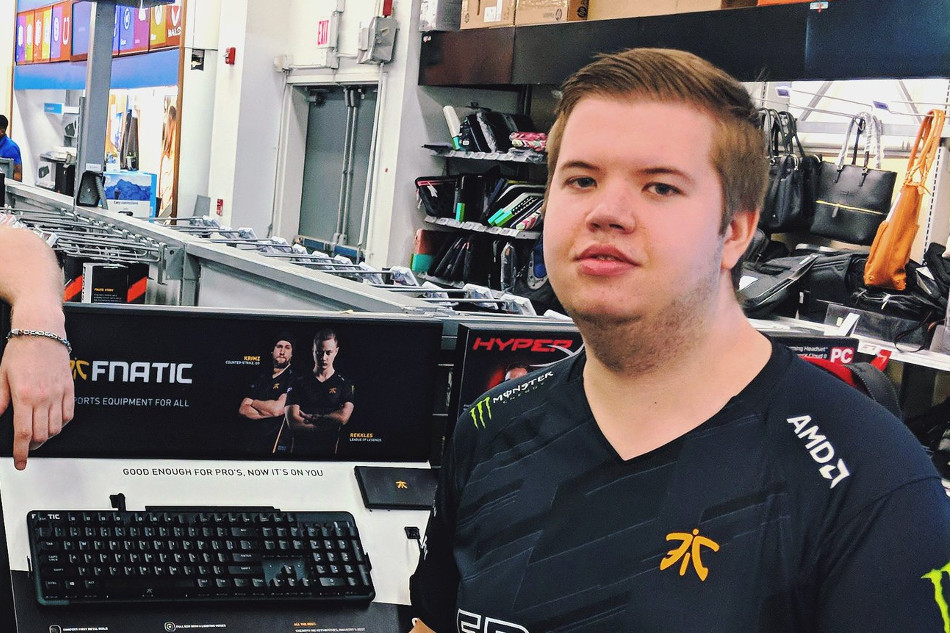 fnatic JW:
"[We] had nothing to blame really except ourselves"

After bombing out in the group stages at ESL One New York, James sat down with JW from fnatic to talk about their recent struggles with roster changes, player roles and their performance at the major.

James: James Wert here with JW of Fnatic. How you doing today?

It's been a rough schedule coming from the major straight here hasn't it?

Yeah it has been, there hasn't been too much time at home, but I mean we're kind of used to it and we were the ones accepting beforehand knowing it. So there's no one to blame except us.

So with recent results, you guys have been kind of up and down and haven't quite broken through to that next level of consistent playoffs. What would you attribute that to?

Would you say that the roster inconsistency hasn't helped things a whole lot?

The roster changes have been part of the reasons. I mean, there have be reasons that made us have to do roster changes, but maybe we should have done more or something different earlier, because that way maybe we wouldn't be in this situation we are now.

Trying to break in new members is always kind of difficult.

Yeah. I mean it's hard to know who you should pick and you never know how good they're going to fit or how good it's going to be, so it's really hard when you're actually doing roster changes.

Is it common where the team roles kind of switch depending on who gets brought in?

Yeah, I mean for example, when we signed draken we knew that there was only AWPers we could sign, which led to me taking a more hybrid role. Usually you sign a player that is actually fit for the role needed, but we have to kinda do it differently because of the player availability and stuff like that.

That makes a lot sense. With coming from the major to here was there any kind of like jetlag? Would you attribute any of the performance here to that?

Nah, I wouldn't blame anything on jetlag or anything. We were in pretty good shape, we slept good and all that. We kind of threw away the game - what did we have? 14-6 in the second map against mousesports. I think when we messed that up, it was hard for us to recover from such a loss and then we drew NaVi, which is a bad match up for us right now. Overall there's nothing to blame for it.

You guys had a pretty draw in the major too, facing three teams that all made it to the champions stage.

Yeah, but I think we had one of the easiest roads in the major, we could have gotten a lot, lot harder. So the major also had nothing to blame really except ourselves.

Where are you guys going to be next?

Next LAN event for us is probably IEM Chicago, I don't know if there's anything before that. First we need to finalize the roster and get going.

So you guys will have a little bit of time to get things in order before your next LAN?

Yeah we have time to figure out things now.

Alright, well thank you for your time.