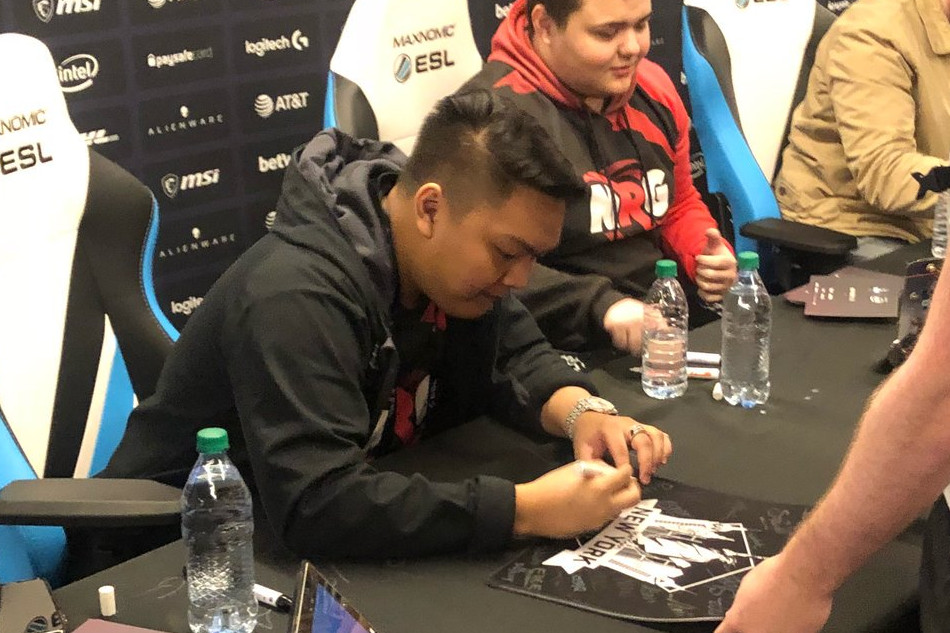 NRG Brehze:
"Not making the major was a huge blow to us"

NRG Esports had mixed results; failing to qualify for the FACEIT London Major, winning IEM Shanghai and then making it to the semi-finals of ESL One New York. James talks to star player Brehze about possible reasons for this and how it felt to miss the major.

James: James here with Brehze from NRG the day after the semifinals of ESL One New York. How are you doing today?

Brehze: I'm doing good. How about you?

Not bad myself, a little tired. I imagine you guys are the same way after a long event.

You guys performed really well here. You're only losses being to the teams in the finals and you helped knock out a top five team. How does that feel?

It feels good. Definitely after coming last at [DreamHack] Stockholm, we kind of just wanted to gauge where we were, but knocking out FaZe was huge 'cause that's a very established team with legendary players. I'm happy that we got that win.

For the last few months since Dallas, you guys have been up and down, but overall your performance has gotten better and better. It seems recently that you've kind of played to the level of your opponents though. Is there anything you can pinpoint that is the cause of that?

I dunno, I think a lot of it comes from the level of practice we get in North America and then coming to these events, playing against European teams. Coming to this event we've never played mousesports, I think we scrimmed them like one time before and we played them at [ESL Pro League] Dallas, that was the last time we actually played them in an official match. So just preparation, we play these scrims in North America and they're just not on the level of these international teams.

Do you get a little more pumped up for these matches too?

Oh yeah. The level of competitiveness from playing in a match, it's completely different than playing in scrims. We are yelling and everyone's just really on edge, so it's fun.

Your team tends to play around you, however you're doing seems to be how the team does. Is there any particular reason for that? Or is it just the way the game goes sometimes?

Of course we have CeRq who's a star AWPer, we have Ethan a star rifler and myself. So if I'm not playing well, Ethan's playing well. If Ethan's not playing well, I'm playing well. CeRq's always doing his job and if we're all three playing on a high level, then we can beat any team. I think that's what kinda happened when we played against FaZe and during mousesports some people were missing shots and it happens, it's Counter-Strike.

So if one of you is off somebody else can be on and make up for that.

So coming from Dallas until now, it was understandably a little upsetting not making the major, but after that was there anything you guys did in particular to change the way you approach practice or play?

Yeah, not making the major was a huge blow to us, especially because we have young players like myself, Ethan and CeRq who haven't made a major before, FugLy and daps have made a major before. Not making that was just really just heartbreaking, but after the major we had to focus on [IEM] Shanghai. Shanghai was pretty much a confidence booster, saying that we won that event, even though there wasn't the best teams there, but it was just a good bounce back after not making the major.

With respect to practice - did you guys change anything up or did you just keep attacking it the way you have been?

Definitely after not making the major, we did change things up because that's just something that can't happen, especially when we were the favorites winning that tournament. So we went back to the drawing board and our coach ImAPet definitely changed stuff around and added stuff and then we were prepared for Shanghai

Going to Shanghai and then Stockholm and now here it's definitely shown that you guys have prepared a lot more for the teams that you end up facing, especially with the performances that you've seen with this semifinal. You said that some of the team was a little off during the game, was it just mousesports's play style that through you guys or just the unfamiliarity with them?

I think it was just a little bit of not playing them much and being on the stage, because that was the biggest stage I think all of us have ever played on. So it definitely was a little nerve wracking and comms are kind of hectic. When we started that Inferno game, we weren't playing how we usually were, where everyone was kind of just rushing things and not calming things and not trading well. Then we kind of brought it back on CT side, but we were too far down at that point to come back.

So what is your guys next tournament, where are you at next?

So after here, we're home for about three days and then we're flying to Ukraine for StarLadder [StarSeries & i-League Season 6].

A lot of the teams are either going straight to StarLadder or skipping that for entirely for IEM Chicago.

Exactly. Yeah, I think EPICENTER is around there too.

Thank you for the time, you were wonderful and I wish you luck at StarLadder.