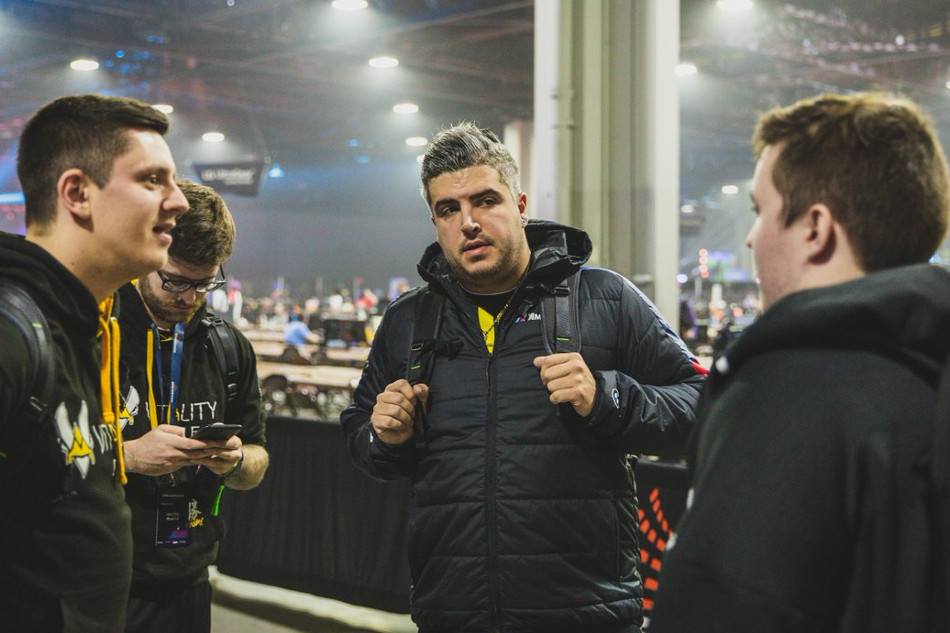 We return to Europe for our next entry in the series. Formed primarily from the ashes of the late 2018 French shuffle, Team Vitality replaced Team Envy as one of the two great hopes of French Counter-Strike.

Since the formation of the team in October, apart from management and coaching changes, only one big roster change has occurred. That was the benching of Vincent 'Happy' Schopenhauer in late December for Alex 'ALEX' McMeekin.

Vitality, due to being a newly formed CS:GO team, had to qualify for the Closed Qualifier by going through Open Qualifier #4. They advanced through the Open Qualifier without dropping more than 9 rounds on any one map. They beat(in order) Team Gravity, Jordan's Money Crew, 3DMAX, and GUNRUNNERS(2-0 sweep).

In the Closed Qualifier Team Vitality started off being paired up with legendary Polish org, Virtus.pro. In their best of 3, Vitality won map 1, Mirage, 5-16. Map 2 was Nuke, and it went in VP's favor in OT, 19-17. The decider took place on Inferno, and Vitality never let VP into the map, winning 1-16 to take the match 1-2.

Their next match put them up against mousesports, and they got off to a good start, winning Inferno 7-16. However mouz reverse swept them 16-14 on Mirage and 16-10 on Nuke to send Vitality to the Lower Bracket.

In the Lower Bracket, Vitality was placed against Team Kinguin, who were just coming off a 2-0 sweep of Sprout. In yet another grueling match that went the full 3 maps, Vitality took the early lead, dominating on Overpass 16-5. They then dropped a close 14-16 game on Nuke before turning around and winning 16-12 on Mirage. With the 2-1 match win, Vitality secured their spot in the European Minor.

For the Group Stage of the Minor, Team Vitality was placed in Group A along with Valiance, OpTic Gaming, and mousesports. Their first match would be against OpTic on Dust II, and while only taking a 9-6 lead into half, on CT side they won 7 of the 9 rounds to take the match 16-8.

In the Winners' match Vitality faced Valiance after the upstart team surprised mousesports in their first group match. With the match being a best of 3, Vitality once again took an early lead, winning Mirage 15-19 in a straight sweep of the OT rounds. On Inferno, Valiance bounced back, winning with a comfortable 16-11 score. The decider was Dust II, and Vitality won 4-16 on the back of a 3-12 first half. This secured Vitality's spot in the playoffs as the 1 seed from Group A,where they would await the rest of the bracket semifinals to fill in.

In the semifinal, Team Vitality drew North, and it proved to be an unfortunate matchup. Despite Vitality taking an 11-4 halftime lead on Nuke, North managed to bounce back and win 14-16. On Dust II, again Vitality took a big lead into half(10-5), and again North came back to win, 12-16. This swept the French team into the Lower Bracket while North moved onto the Winners' Final.

Valiance got a rematch with Team Vitality in the Lower Bracket semi. Map 1, Cache went the way of Valiance 13-16. The following maps were just as close, with Vitality winning Dust II 16-13, and Inferno 16-14 to advance to the Lower Bracket Final.

In the Lower Bracket Final, Vitality got a chance to avenge their loss in the Upper Bracket, as North fell right into their laps. At first it looked like it would be a repeat of the first match, as on Mirage, Vitality jumped out to an 7-8 lead before North took the map 16-12. On Nuke though, Vitality took a 13-2 lead in the first half and held on, putting away North 5-16. This left Inferno for the decider, and again Vitality took a big first half lead 3-12. Vitality put down North's attempt at a comeback, winning 8-16.

A lot of the credit for the win, and thus Vitality advancing to the Major, goes to the team's youngest player, ZyWOo. The 18 year old phenom put the team on his back throughout much of the Minor. They will need him to continue the fantastic play if they want to advance past the Challenger's Stage of the Major.