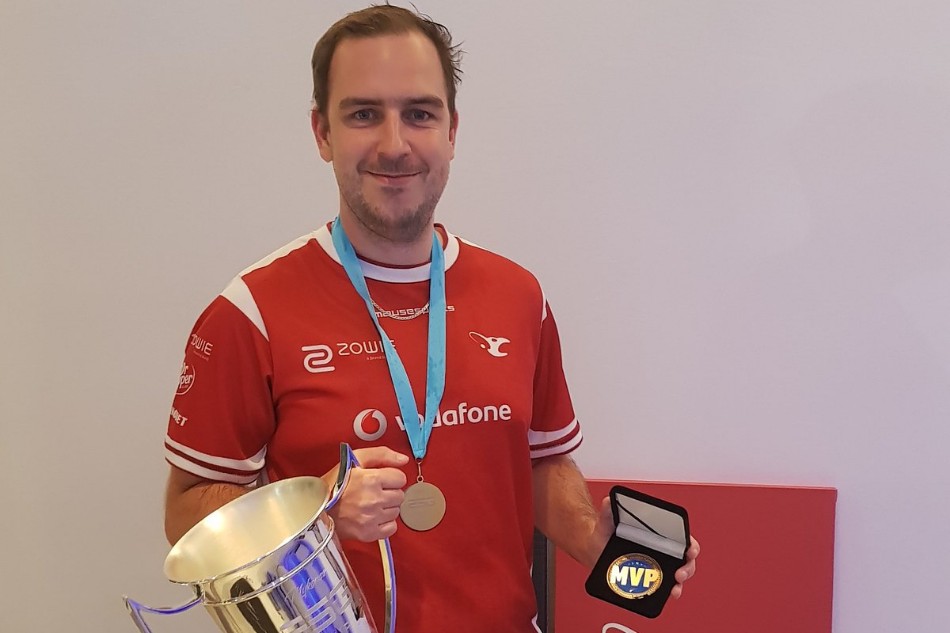 mousesports Oskar:
"I am just trying to play my old game"

We were able to catch up with Tomas 'oskar' Stastny from mousesports after the team's 2-0 sweep of NRG in the semifinals here at ESL One New York in the Barclay's Center in Brooklyn.

James: James Wert here with Oskar from mousesports. How has your day been?

Oskar: It was a really long day, I'm pretty tired right now, but I am so happy that we won the match.

It was a good win too. There were a couple rough spots where NRG tried to mount a comeback, but you put those down pretty firmly.

Yep. We were pretty calm in those situations when they were trying to come back, so, yeah we did our job and stayed calm to the end and we won.

Over the last few tournaments, you guys, going into the Major, had been playing really well, had done fantastically, and then the Major happened, then you come back and do really well again. Was it just nerves or a mix of things that happened at the Major, partly the draw as well?

Yeah, maybe the draw didn't help us either, but I think we were just preparing so much before the matches, because we had some talks which took like 3 hours. There was a lot of things from coach, and what was going to be the game plan coming into each match. I think we just took it too hard, and we didn't really focus on our game. We tried to do some other things, and it didn't work out. Also, the draw was really hard matches, and everyone was strong and we just didn't come back.

So, over your break between the Major and now, did the team end up working on the communication issues that were going on?

We came home directly after the Major after we went out, and we took one day off, then we started to practice. We didn't do some strats, but like you said we focused on communication. We tried to just communicate better and simpler.

I also noticed today that you seemed to be playing a little more loose than you have been. Did the team allow you to play more your game than they have?

It's not that they would allow me to do something, but I just took it on myself, and said I'm going to do this. I'm not being afraid that I'm going to die because of some peek I want to do for example. I'm just trying to play my old game which I played a few months ago, and we'll see, but it's still hard to do some random things, because we had some strategies where I'm really needed.

So you're being more confident in taking the fights that you used to?

The confidence showed against NRG where Oskar had several highlights showing off his return to form, including a stunning 1v4 clutch with an AWP on Inferno. He held A site, dropping nahtE, the bomb carrier, first then taking fights in quick succession with aggressive peeks and great positioning.

So, tomorrow you guys have Liquid in the Grand Final. They looked really good against Gambit. Do you guys think you have a game plan set for them, or are you going to take it as the pick/ban phase comes and then determine from there?

After the Grand Final, when will the next tournament you're playing in be?

After the Grand Final we will go, in one week, to Kiev to Starladder.

I know a lot of the teams have either Kiev or Chicago as their next events.

No, no rest for the wicked.

Well, thank you for being able to stay and talk, and I wish you luck tomorrow in the grand final.

No problem. Thank you very much.

Stay tuned in to Esports Kingdom for more content from the ESL One New York!