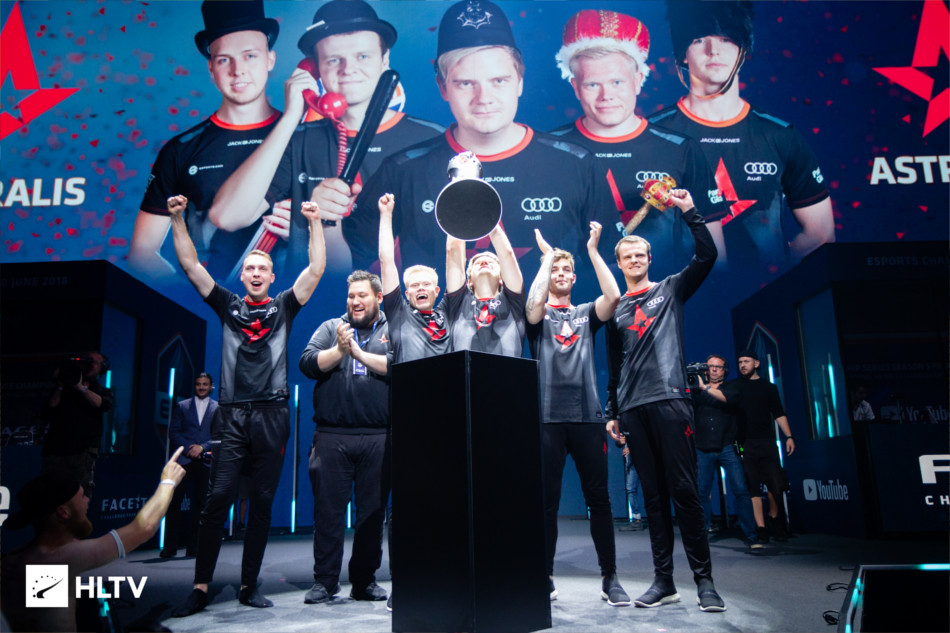 This past week included two tournaments that had top teams; the ECS Season 5 Finals with the top four teams from each of the EU and NA conferences going head-to-head and a smaller tournament held in Lisbon called Moche XL Esports that featured HellRaisers and SK Gaming as well as major legends Quantum Bellator Fire.

FaZe Clan - They lost to NRG, and did not look like a threat to Astralis. While this was their first tournament with cromen, we decided to drop them down. However, this is a tentative drop. Should they show up next weekend at ESL One Belo Horizonte and remove all doubt that they are the best team there, they will regain their spot in S tier.

SK Gaming - While they swept Moche, they did not do it in convincing fashion. HellRaisers, a C tier team, took SK to OT on SK's map pick, and fought hard on their own map pick. This is another tentative move. Again, should they perform at Belo Horizonte, we may find ourselves staring at an SK back in A tier. However, should they be unable to beat any of the A tier teams, they will remain here.

Gambit - While they did not play in a LAN, they had multiple MDL matches, in which they lost to teams such as Tricked, Royal Bandits, and VP, all of whom are either not ranked or D-tier. They also struggled to close out EnVyUs Academy. This does not give us much hope for them going forward. However, they do have a chance to prove us wrong at DreamHack Open Summer 2018.

G2 Esports - Though last week's ranking of G2 was the former lineup, this week's ranking reflects the lineup as it currently stands. They did not perform very well, but they also faced NRG and FaZe. More time is needed to determine if they should be dropped or remain in place, and we will maintain our stance of only moving teams when they prove they should be moved.

GODSENT - They were a tentative C tier team to begin with, their only relevant win in recent weeks coming over TyLoo and Renegades at StarSeries. Their embarrassing loss to PACT in MDL only reinforces the fact that we made a mistake in placing them in C Tier last week.