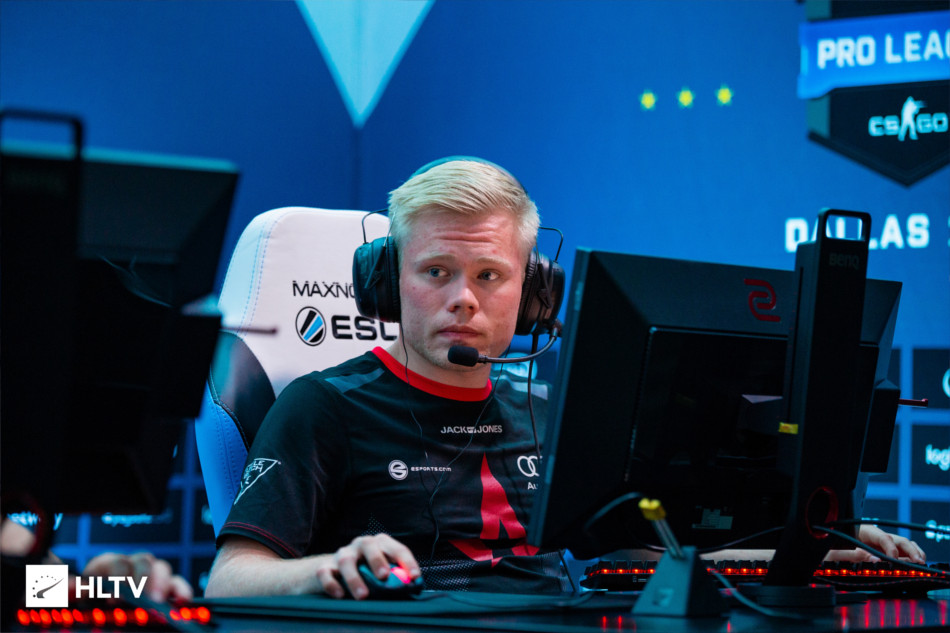 Astralis Magisk:
"There is no reason to fix something that is not broken"

Esport Kingdom's first interview from Dallas came with Astralis' Emil "Magisk" Reif. James Wert sat down with him on Friday to ask a few short questions. Astralis qualified for the Semifinals by winning the Upper Bracket Final in Group Red over Team Liquid on Day 3 of Groups.

James: So, how do you keep up with the constant fast paced nature of going to LAN after LAN? You guys were at Starladder, Marseille, Sydney, and now here, and all the online matches in between. How do you constantly keep at the top of your game and at the top of the Counter-Strike world?

Magisk: I think it's about finding a balance between gaming and personal life, because right now we travel a lot, and that can be very difficult. Usually when we have some time home we try to have one or two days off so we can spend some time with family and friends. I think that's pretty important that you have some time to spend with your family and just relax. Other than that we try to schedule as good as possible. We try to practice in the morning so people can have time with the girlfriend, family, and friends the rest of the day unless we have official games. If we have official games we practice a few maps before that and then we play. I think we have a really good mix right now between everything so we're not burning out very quickly, because we have time for everything right now. That's very important to keep up and to stay on the top and improving all the time.

So what are the types of things that you in particular like to do to relax and take a break from Counter-Strike in general?

Family is definitely very important. Is there a particular movie that is your favorite or a genre?

I think we like action movies in our family, but not specific movies. We like to just watch some action and chill.

That sounds good. Is there anything you'd like to say in general?

We're doing good right now and we have to stay on top and that's obviously very difficult. So we have to keep playing a lot and finding new stuff to keep improving. People are definitely watching our demos right now, so we have to figure out new stuff and work on our mistakes, because people are going to use them against us and try to counter us all the time. So it's just about playing all the time and improving.

You know that people are watching your demos and that they will try to counter you all the time, but you have to find a balance between changing things. If something works, but people can't find 100% way to counter it, there is no reason to change it. There is no reason to fix something that isn't broken. So, it's a mix between changing playstyles and finding new stuff. If you find something really cool that worked really good in practice, you're going to try it in official games as well. But if people don't know how to play against you there is no reason to go directly after a tournament and change things. Just because you won a tournament there is no reason to change everything. So it's finding that balance, and that is very difficult. Even though pistol rounds are very important in this game right now, everyone knows what we do in our pistol rounds. Just because they know about it doesn't mean they are going to stack that side, because they might think,”well they are going to go the other bomb site now because they've done the same pistol rounds six times in a a row.” It's all about mind games as well and I think we're doing the mind games pretty good at the moment but it's mind games so sometimes you're right, sometimes you're wrong.

Astralis: "It isn’t the same as when you are playing in the arena"