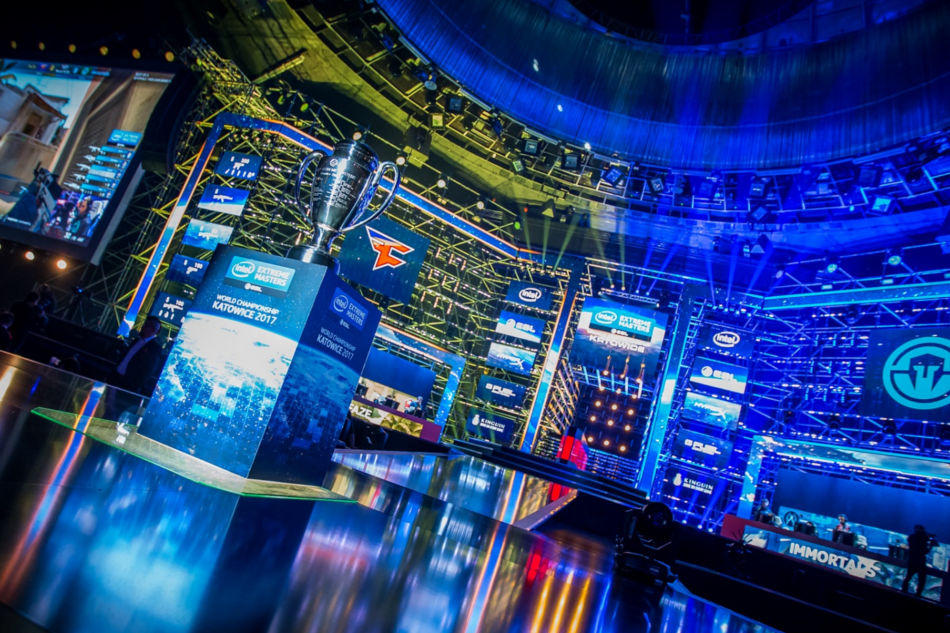 Intel® Extreme Masters World Championship Katowice 2018 will be like no other IEM before. For the first time in IEM's history, we will see 16 CS:GO teams competing in the tournament. With the new number of teams we have created a new format that is different from the previous 12-team format.

Invited and qualified teams will be seeded into two groups of 8 based on the ESL CS:GO World Ranking. The two groups of 8 teams will be played in a double elimination format. The first round of upper bracket matches in each group will be played in a best of 1 format. All matches following that will best best of 3 in both the upper and lower brackets. The group stage will take three days to complete, from February 27 to March 1, with two streams being broadcast simultaneously. 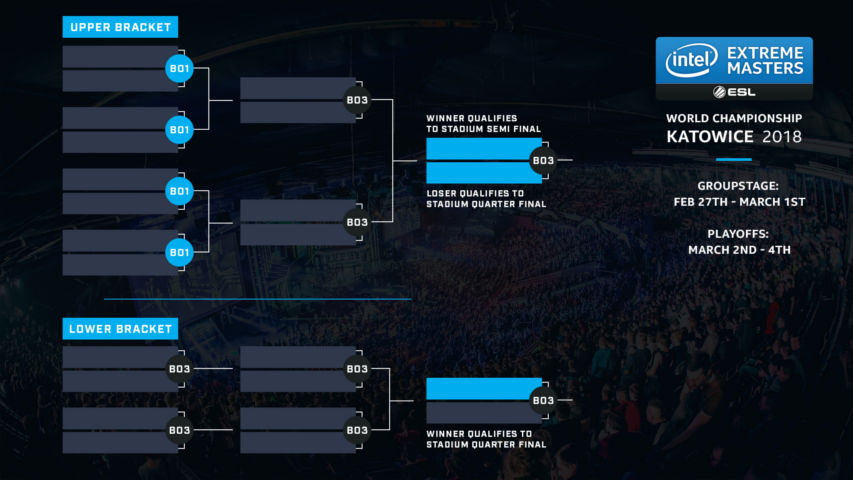 Graphic explaining the an example Group Stage of IEM Katowice 2018

Group winners will be seeded directly into the semi finals at the arena (second round of playoffs), while group runners up will play 3rd place finishers from the other group in the first round of playoffs. This is done the same way as in IEM tournaments that featured 12 teams. 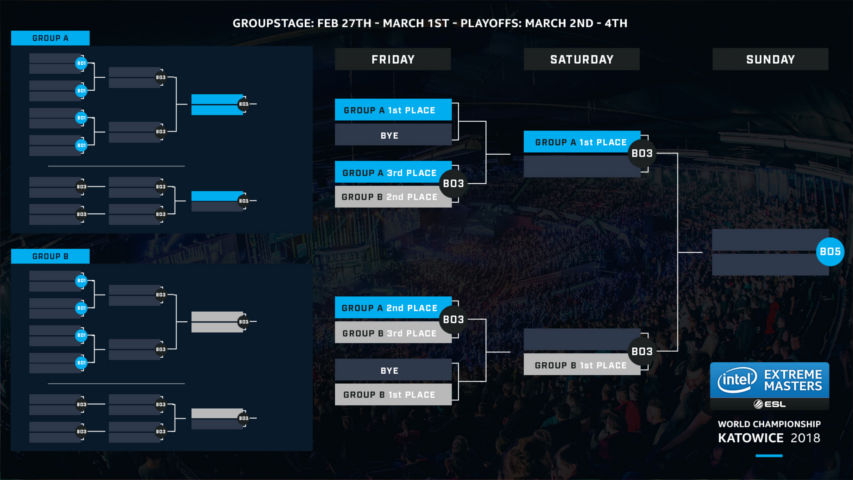 For more information about the logic behind the changes, visit the official ESL news post.