AVANT Clash with Kevo:
"Never have curved edges for a phone if you are going to do esports"

We had the opportunity to talk with, mobile esports player turned content creator, Kevin from Clash with Kevo. We talked about his experience in the Red Bull MEO World Finals, his 11k subscriber YouTube channel, and the ins-and-outs of mobile esports.

Grady: You've got a pretty large content creation viewer base, as well as your esports side of things. Which of those did you start first?

Kevo: I started in esports actually. First off it was just having a bit of fun with the game and after I'd been playing the game for quite a while, I realized that I was pretty decent. I had the Red Bull MEO (Mobile Esports Open) a while back and also some online tournaments for a bit of cash. Then I decided to start up a YouTube channel because why not, you know, just try and have a bit of fun with it and help others out as well.

The YouTube channel has popped off recently with 11k subscribers and videos with up to 70k views. What are you trying to get out of that? What is the goal?

I might as well try and help some other people out. Even though I don't have as much time to play, I find enjoyment in helping other people out in the community, because they've helped me out as well. A lot of people have helped me during my journey to becoming a better player, whether it's practising or whether it's providing me videos. I want to give back to the community by doing just that and if they're enjoying my videos, then I'm happy to continue making them because that's what really gives me motivation. Especially during quarantine right now, it gives me something to do.

On the esport sides of things, you are currently signed to AVANT. When they reached out to you, what was running through your head?

It was actually interesting because we reached out to them. We didn't really know much about esports back to be honest - we just really wanted to be part of an organization and get the community aspect of what it's like to be a part of an organization. We thought that AVANT would be a really good fit and they were, so that was great. They've helped me out a lot, I really do appreciate what they've done and I think we have a pretty strong relationship. I know that we had a team awhile ago, which kind of fell apart, but I really enjoy making content for them as well.

You've already mentioned Red Bull MEO, when you entered the Australia qualifier, were you expecting to take the top spot?

I really didn't know what to expect, to be honest. What happened was we had a few players that couldn't make it because it was down in Melbourne and I saw the opportunity to be able to go. There was one player that I was apparently meant to be scared of playing, but managed to win that.

Going into the World Finals I got a bit unlucky. I know people are gonna be like "Oh, he did terrible" and everything. The reality of it was I would've qualified for the next bit, but I got reverse-swept because of WiFi issues for one of my games and the other game I lost by a millisecond. Sadly it was a bit all over the place, but yeah, it's just how it goes in esports.

Did you ever had to explain what you were doing to people of like "I'm going to Germany because I play games on my phone, but I do it really well"?

A hundred percent. It is a bit weird to be honest, every time you explain it half the people think it's amazing and half the people think it's a meme. One of my experiences, it actually got leaked at my school and it got announces at assembly as apparently one of the most amazing things accomplished at the school. So yeah, it has got its perks and it has its negatives as well. Definitely some weird convos [sic] started from a saying that I play esports in a mobile game.

I had a chat with Ben Green from ESL yesterday and we had an interesting question about mobile esports. Do you see the phone more like a PC (where you want the best specs) or do you see it more like a keyboard and a mouse (where it's more important to have the right size and feel)?

I would say it's more like a keyboard and mouse. It doesn't have to be the perfect phone by any means. If it's a good phone that's fantastic, if the graphics are amazing and if it's fast and everything that's great. The main issue with phones that really hinders performance, not calling out any phone in particular, is curved edges. Never have curved edges for a phone if you're going to do esports, it just doesn't suit it. You are going to misclick. 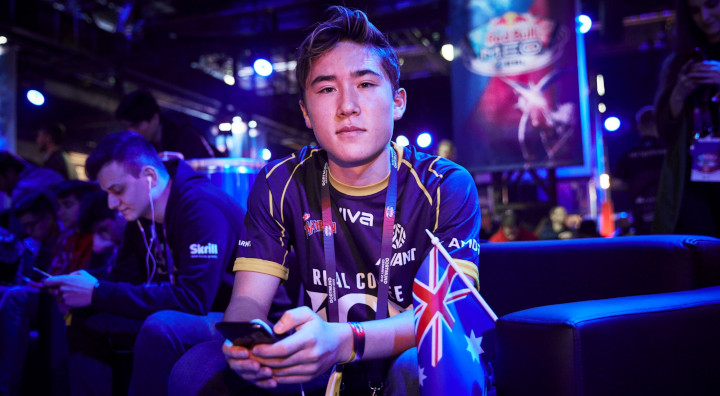 When you were originally just starting, what drew you to Clash Royale?

That's a good question, I'm going to have to think back. I just thought that I needed something to do in my free time, so I was like "Everyone's playing this new game looks quite interesting". It was a fresh game and i found a bit of enjoyment in it at the start. I actually quit for a whole year, after playing it for a year, because it did get a bit stale. I think what really pushed me away from the game in the first place was because it wasn't free-to-play and there was so many elements that were basically pay-to-win, but they've gradually made it more free-to-play.

What made it more enjoyable was having some opportunities to get into the esport side. Unfortunately, because there aren't many really good pros in Australia to practice with, it's difficult to maintain a high skill level.

It seems mobile esports are a lot bigger over in Asia and I haven't seen it take off in Australia for any game. Do you think it is just because community isn't big enough? or do you think there's other reasons why mobile esports hasn't taken off?

There's two things I'd like to address. Firstly, you would expect because I'm in Australia and I have a channel that started off as just having an Australian audience, you'd expect my audience to be at least like 10% Australian. If I'm being perfectly honest, only 2% of my audience is Australian, which is still a reasonable number of people, but there's clearly not a massive community in Australia.

Secondly, you've really got to build the esports scene. You've got a $50,000 prize pool for the World Finals. I'm not saying it's bad by any means, but if you're looking at other games like PC games or the first World Finals, which was $150,000 for the top prize, it's really gone downhill when it should've gone uphill. If you've got bigger cash prize pools, it's really going to attract more people to watch it because there's a bigger stake there. Now because it's just continuously getting smaller, the community is also gradually getting smaller and people aren't finding enjoyment in esports and they aren't finding enjoyment in the game.

If there's anyone out there who's reading this and they want to give mobile esports a shot - What do you suggest they do?

Just have it as a side thing at first. If you genuinely find a lot of enjoyment in it and if you have a lot of passion for it, then definitely go ahead and continue practicing or trying to get into those esports tournaments. It's a thing that's a lot of fun, it's a thing that can definitely get you into a new community and build a lot of friendships, but have something else as well. That's my personal opinion. I think it's a lot of fun and I would highly recommend going into an esport scene or at least like trying to be a part of that community because it's really fantastic.

If you want to check out Clash with Kevo, you can go to his YouTube or check out his Twitter